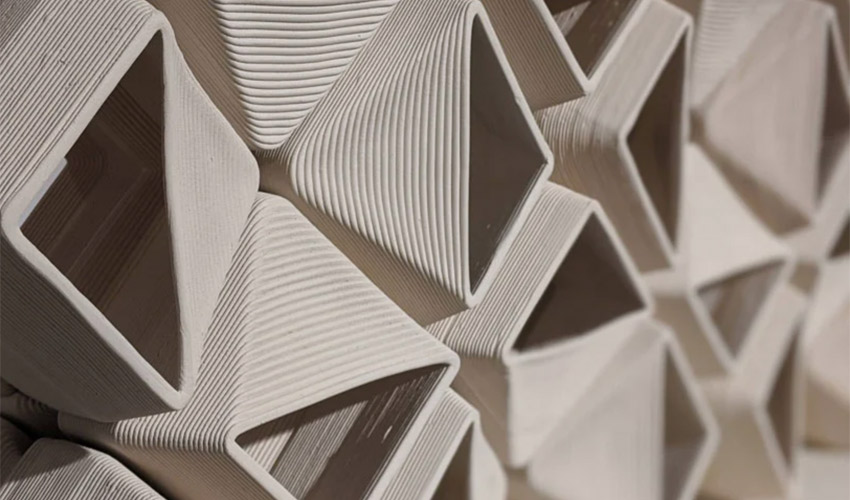 Bat el Hirsh is a young artist who used ceramic 3D printing to design her new architectural work called Earthenwind. The project consists of 3D printed ceramic blocks assembled together to form a kind of giant screen, protecting from the sun and providing a cooler area in hot countries. It can also serve as a decorative structure. The blocks are all of the same size, but some are empty, while others are half full, creating an interesting visual differentiation.

Ceramic additive manufacturing has long interested the architecture and design sector because it allows to design more original clay structures, quickly and at lower cost. Projects that combine ceramic 3D printing and construction are numerous, often based on the principle of extruding a clay-based paste. One of the companies that comes to mind is 3D Potter, who developed a whole range of ceramic 3D printers that were used for the Mud Frontiers project: the 3D printed huts made with the local soil mud. 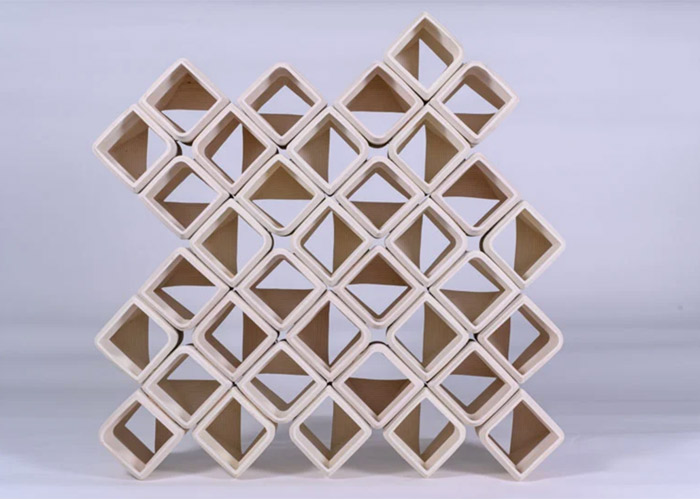 In this latest project, Bat el Hirsh used an FDM 3D printer, where a nozzle deposits layer by layer the clay that hardens during the printing process. The young designer explains that she was inspired by ancient pottery techniques that she wanted to mix with new technologies, but also by the mashrabiya of Islamic architecture. These are natural ventilation devices, usually made of wood, which provide protection from the sun and allow air to pass through. Instead of using wood, the artist turned to ceramics after discovering its properties in terms of cooling and ventilation.

Bat el Hirsh adds: “Ancient pottery is a kind of imprint that man left where he lived. Its wide distribution and resistance to the ravages of time allow us to use pottery as a valuable source of information. Ancient Middle Eastern traditions used the properties of clay for cooling and ventilation. These material properties remain relevant today, despite the passage of time and technological advances“. She remains discreet about the details of her 3D printing process, but the result was worth mentioning. Some of the many diamond-shaped blocks are slightly “closed” on top to create precisely the effect found in Islamic architecture. The idea is to protect from rain and hot drafts, but also to bring ancient ceramics to a new world full of possibilities. 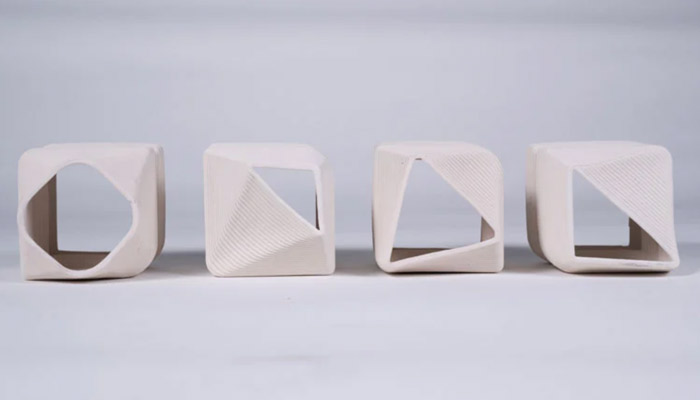 What do you think about Bat el Hirsh’s project? Let us know in a comment down below or on our Facebook and Twitter pages! Don’t forget to sign up for our free weekly Newsletter, with all the latest news in 3D printing delivered straight to your inbox!