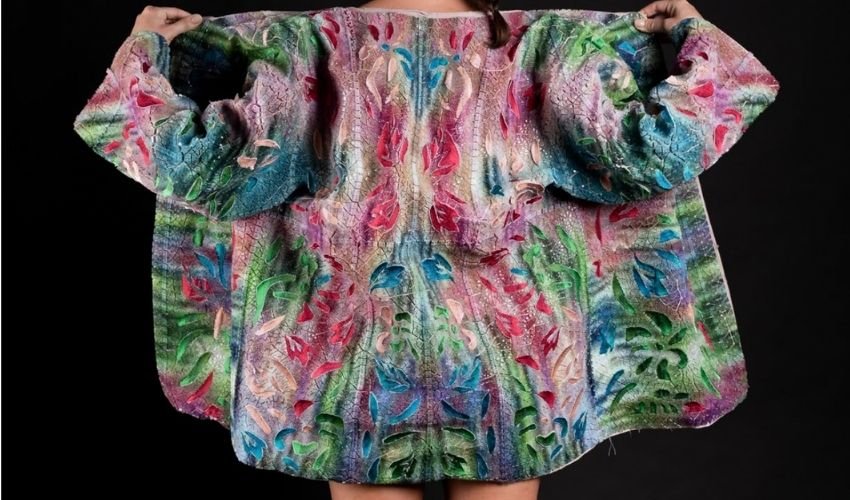 To anyone in the 3D printing industry, the American-Israeli company Stratasys should be well known. Having been one of the pioneer manufacturers since its founding in 1989, Stratasys has already produced a variety of different types of 3D printing devices, covering almost every imaginable area in the AM universe. With their latest model, the J850 TechStyle 3D printer, the company is exploring an uncharted territory, which is 3D printing on fabric pieces for the high -end fashion industry. Claiming to be the first of it’s kind in the entire industry, the Polyjet 3D printer was designed to meet the in many cases unique demands of design and fashion manufacturers, enabling 3D printing for premium textiles and clothing, as well as bags and accessories and even footwear.

When we hear the term haute couture, we usually associate it with brands like Dior, Louis Vuitton or Versace. For an additive manufacturing company like Stratasys to be linked with the term however, is a complete novelty in that industry. Thanks to the Polyjet J850, designers will be able to print 3D algorithms on textiles for the first time. In addition to that, fashion creators will be able to chose from a variety of colors to let their imagination run free. The J850 paves the way for future use of additive manufacturing in the world of fashion, allowing a first look at the many possible advantages the technologies have to offer. 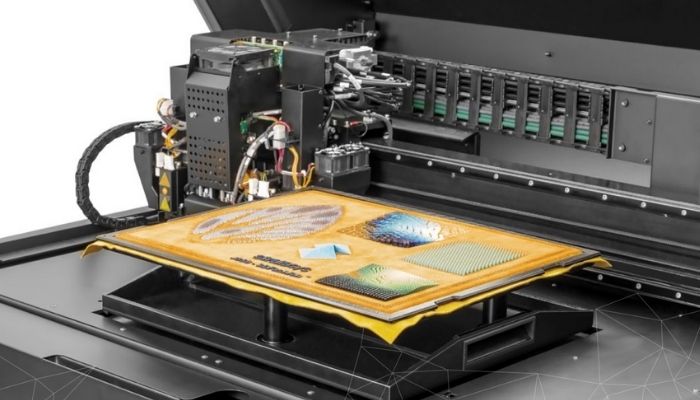 Will the J850 TechStyle be revolutionary for the fashion world? (photo credits: Stratasys)

Stratasys Art, Design and Fashion Director Naomi Kaempfer explains: “As far back as 2019, I predicted that in just a couple years we would see 3D printing incorporated into high-end fashion houses. That time is here. We learned and modified those early designs, and created a new, dedicated printer using 3DFashion technology that is allowing fashion designers to create without limits. This is just the beginning of the journey as we continue to evolve this technology and pioneer new fashion design innovations.”

It has already been proven that the fast-moving consumption of clothing is a key factor in the pollution of our world. The technology company states that through its new TechStyle, sustainable manufacturing and production of clothing is possible, as well as a reduction of unnecessary waste. A lot of special attention is paid to the sustainability aspect, especially since Stratasys, who is a founding member of the Additive Manufacturer Green Trade Association (AMGTA), also focuses on recycling used clothing and accessories by renewing 3D-printed elements. Finally,  Stratasys is also clearing the way for more streamlined workflows by eliminating the need to create hours of hand-made drawings.

In order to be able to guarantee the improvement and optimization of production processes, the 3D printer contains two trays, so that the second tray can already be prepared during the printing process. This ensures faster production processes as well as minimal downtime. With a total print area of 18″ x 14″ x 2″, the layer thickness can be set up to 1.1″.  For more information on the J850 TechStyle, click HERE.

Do you think additive manufacturing could soon change the fashion world? Let us know in a comment below or on our Linkedin, Facebook, and Twitter pages! Don’t forget to sign up for our free weekly Newsletter here, the latest 3D printing news straight to your inbox! You can also find all our videos on our YouTube channel.