3D printing news Which Dremel 3D Printers Are Currently On the Market? 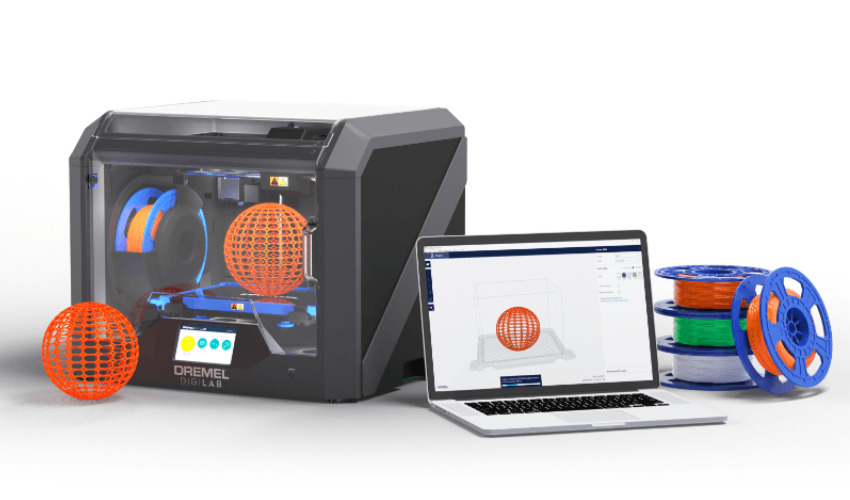 In 2014, Dremel Manufacturing Company moved into 3D printing market with their offshoot, Dremel DigiLab. In line with their focus to shape the new generation of pioneers, their motivation, according to the website, centers around using their products and machines to inspire, enable and equip the future generation of innovators. As such, they put an emphasis on using 3D printing for educational purposes, especially in classrooms. Currently, they have three FDM printers that are available, the 3D45, 3D40 (also available in the 3D40 Flex version) and 3D20. In line with their motivations, they also offer an Edu Bundle which includes training along with a classroom safe printer. Dremel 3D printers are considered some of the most popular 3D printers currently available on Amazon thanks to their affordable prices and known reliability, with customers raving about their products. To learn more, we outline the current Dremel 3D printers as well as their popular Edu Bundle.

One of the top 3D printers sold on Amazon, the 3D45 is Dremel’s newest machine. With a starting price of $1899, it’s more expensive than Dremel’s other offerings but it’s also one of the most popular for its ease of use and the quality of the product. The printer is compatible with four types of filament: Nylon, PETG, Eco-ABS, and PLA, more than any of Dremel  3D printers.  The printer size is 20.3 x 16 x 15.9in (645 x 406 x 404mm) with a build volume of 10 x 6 x 6.7in. Like all of Dremel’s products, the printers boasts safety features like a fully enclosed build chamber and active carbon filter to protect users from harm, allowing it to be certifiably safe for classroom use. Additionally, it has high resolution, printing at a 50-Micron Resolution. Dremel highlights the extensive testing it has undergone, calling it the most reliable 3D printer on the market. 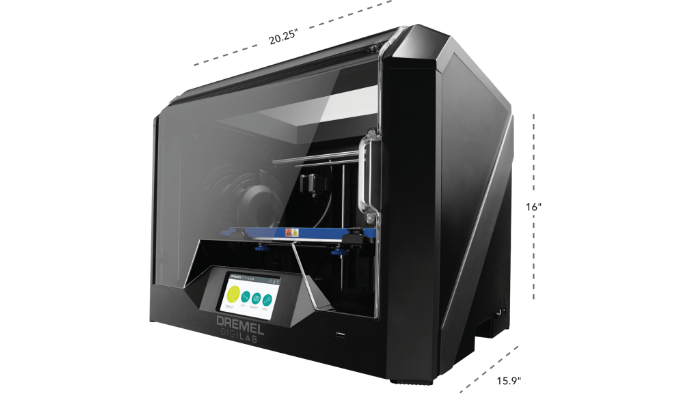 One of Dremel’s most popular offerings, the 3D45 (photo credits: Dremel) 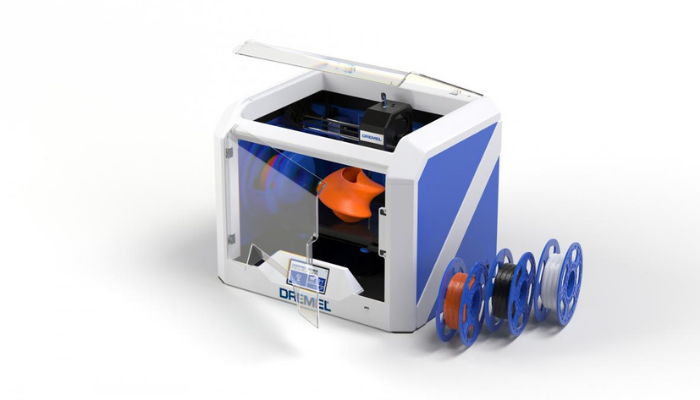 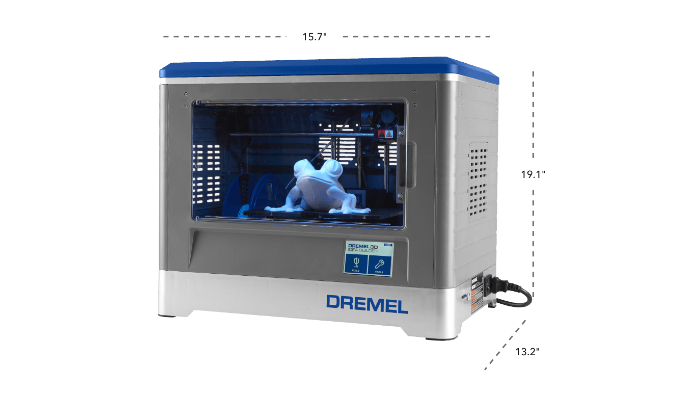 What’s especially interesting about Dremel is its focus on education. With the Edu Bundle, you will receive a 3D printer (certified safe for classroom use), four spools of Dremel Filament (2 advanced and 2 PLA), 2 3D45 Build Plates, 4 Build Plate Glue Sticks, 30 Standard-Based Lesson Plans, a 4-hour 3D Printing Professional Development Course, and a 4 Hour ISTE PD Certificate (with a limit of one certificate per bundle). The goal of the bundle is to allow teachers to integrate 3D printers and lessons related to them into their curriculum, training the next generation of engineers in this increasingly important technology. It not only will train the user, but also gives them possible lesson plans that can be used in the classroom, helping to inspire students. The kit can be bought with either a 3D45 or 3D40 Flex printer. You can buy it from a number of sellers, including article, with prices starting at $2099. 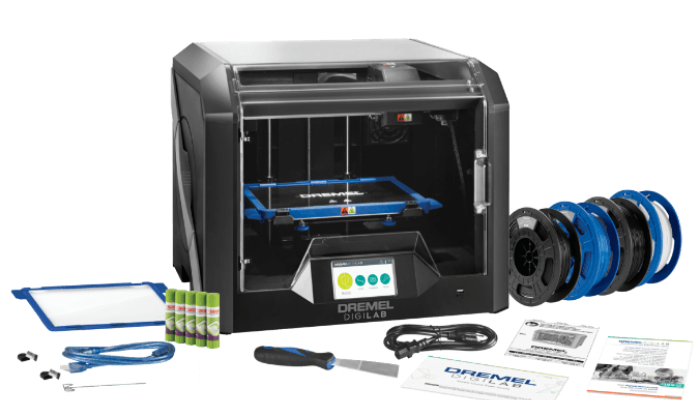 What you would receive with the Dremel Edu Bundle (photo credits: Dremel)

For more information on these machines or the other products available, you can visit Dremel’s website HERE. What do you think about Dremel’s offerings? Let us know in a comment below or on our Facebook, Twitter and LinkedIn pages! Sign up for our free weekly Newsletter here, the latest 3D printing news straight to your inbox!