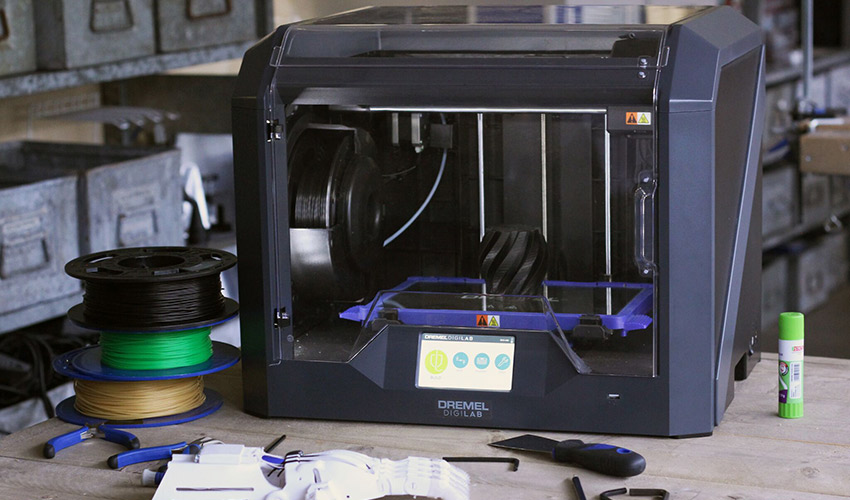 Best known for its many micromachining tools for makers, the American manufacturer Dremel launched into the world of 3D printing in 2014 with a first model called Idea Builder. Since then, the brand has expanded its range, adding three 3D printers, including the 3D20, the 3D40 (which also exists in 3D40 Flex version) and finally the DigiLab 3D45.

The DigiLab 3D45 3D printer is the premium version in Dremel’s range of 3D printers with the main difference being a heating plate that can reach up to 100°C and an extruder up to 280°C (vs 250°C for the DigiLab 3D40). This improvement is important since it means that the 3D45, in contrast to Dremel’s other models, can use a wider range of materials, including ABS, PETG or Nylon. The 3D45 is available today at a price of $1,899.

At 3Dnatives Lab we’ve tested the previous machines of the manufacturer, and during the last few weeks we had the pleasure of receiving this newest model to test. So what does the 3D45 offer compared to the other models in the range? Who is it intended for? Is it really more efficient? Find below our complete review of the DigiLab 3D45 3D printer. 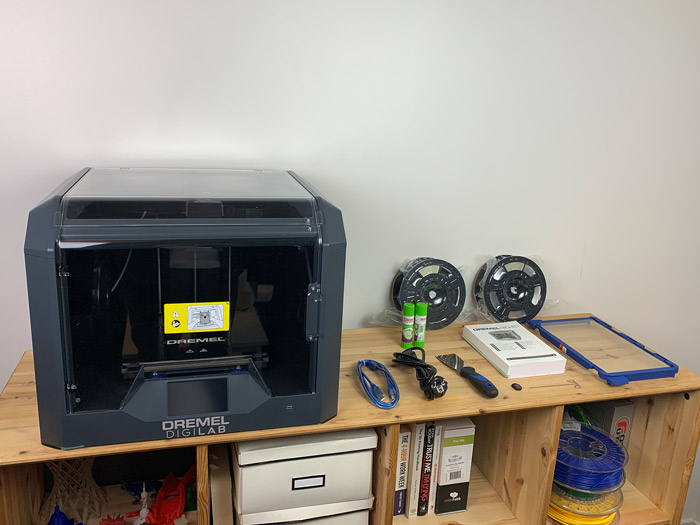 The DigiLab 3D45 3D printer from Dremel and its accessories | Credits: 3Dnatives

The Dremel printer is perfectly packaged and protected in its packaging box. When you take the machine out, you discover a machine with dimensions of 515 x 406 x 394 mm, that weighs 19 kg, making a relatively small sized machine by market standards.

It takes the chassis of its big sister, the 3D40, and despite a change of color, it remains visually very similar. As a result, it has a relatively small printing volume of 255 x 155 x 170 mm, identical to the 3D40. The only visual element that really differentiates the two models is the touchscreen, which is now wider with its 4.5″. Another small innovation is to be found in the 3D printer, which is now equipped with a camera to monitor prints remotely.

Among the elements that already exist in the other Dremel models, there is an air filtration system in the enclosure as well as a dedicated space for the filament spools. However, this space has specific dimensions which means that you will need to use an external reel for filament spools that do not fit this size.

Included in the 3D45 printer box are the following accessories: a 500g black eco-ABS filament spool, a white PETG filament spool, two tubes of glue for adhesion to the building platform, a spatula, a nozzle release tool, power and USB cables, a USB stick, a quick start guide and a complete manual in different languages. A simple and effective list of tools to start 3D printing your first models. 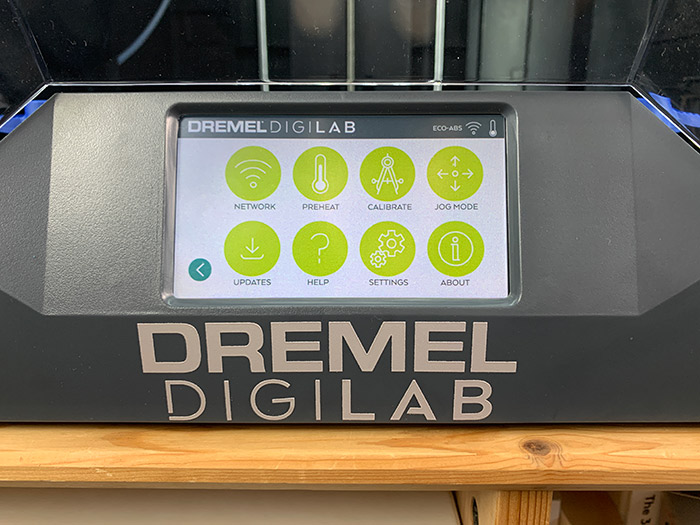 A large 4.5 touchscreen has been added on the DigiLab 3D45

2. Installation of the DigiLab 3D45

To start 3D printing your first models, it’s just a matter of plugging in the machine and turning it on via the switch on the back. The building plate is already installed in the 3D printer and will only require a layer of glue to optimize the adhesion of the first layers. Compared to other Dremel models, the 3D45 is the first to feature a removable printing tray. This one clips into the machine enclosure, making it easier to remove finished prints, and thus reducing the risks of changing the calibration of the print head when a print is removed in a somewhat abrupt way.

The loading of the filament is managed directly from the control screen by initially inserting the spool into the side holder. For the first time, Dremel equips its 3D45 with spools that include an RFID chip, allowing the 3D printer to automatically recognize the printing material. A useful capability so that you avoid configuration errors when loading/unloading filaments or preparing print files.

In parallel, the manufacturer now offers a range of 4 materials under the brand name, namely a PLA (in 11 colours), an ECO-ABS (in black or white), a PETG (translucent) and a Nylon (in black). As mentioned above, the 3D45 still accepts coils from competing brands. 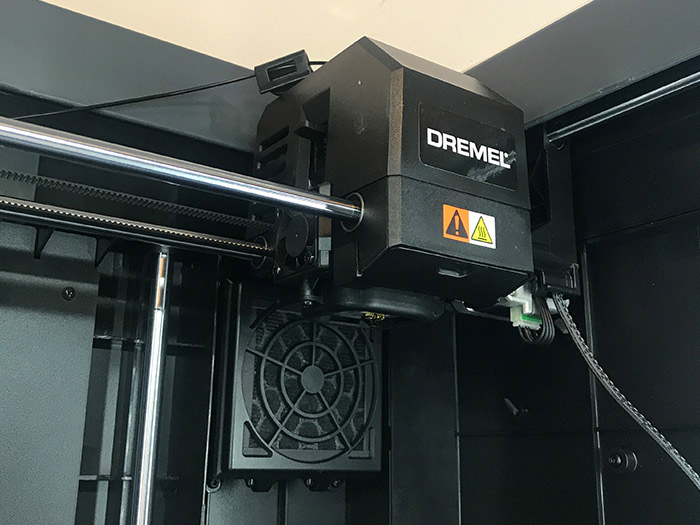 Like many manufacturers on the market, Dremel has decided to make it as easy as possible by using the Cura slicing software. However, it offers a revised version, customized for the Dremel machines. This will allow you to choose your equipment from a list of printers before deciding which Dremel material you want to print with. The result is an optimized configuration of the brand’s material extrusion parameters.

Once the printing settings have been selected, simply save your file on the supplied USB key or send it via the Ethernet cable, unless you use the WiFi available on the 3D45. The 3D printer has an internal memory that allows you to save the prints directly in the machine (for recurring prints, for example). Finally, it will be possible to follow your prints live, directly from the software or from a web browser. 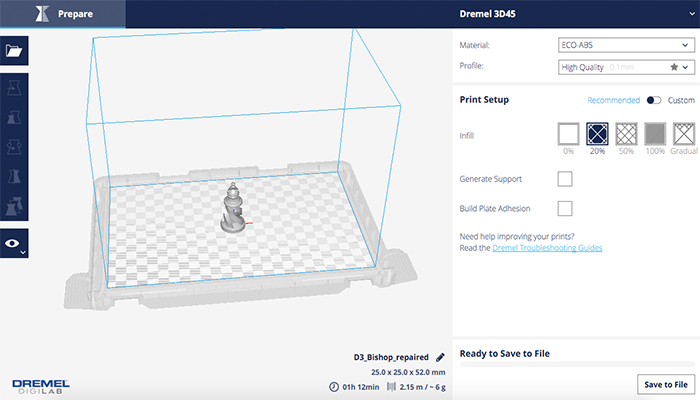 To test the 3D printer, we obviously started with our usual torture tests, with good results from the start. We therefore decided to continue on this encouraging path with 3D models combining fine details and/or a more or less complex shape. For materials, we limited ourselves to the eco-ABS and PETG offered by Dremel. 3D printing jobs went smoothly, requiring minimal file configuration (most of the time the default settings were the right ones). Once printing was complete, the build plate was easy to remove to take off the parts. The only regrettable point is the absence of an end of filament sensor, which needs to need to be careful when you launch a print. 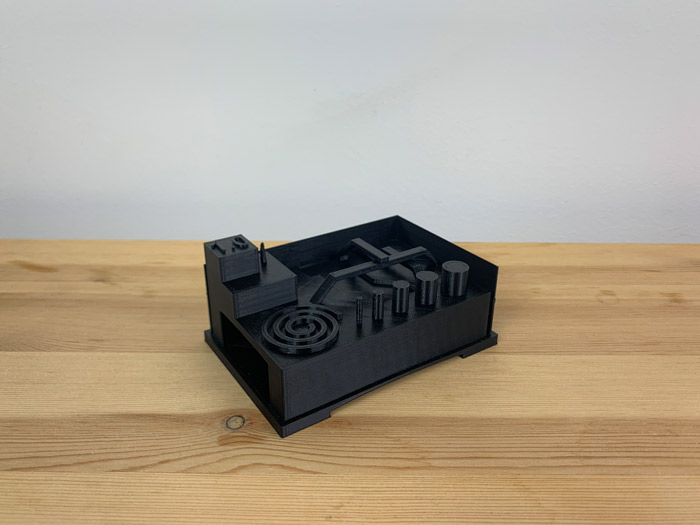 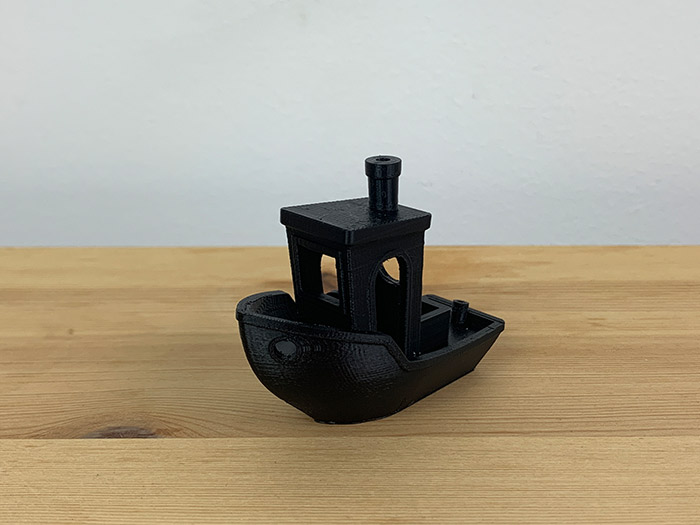 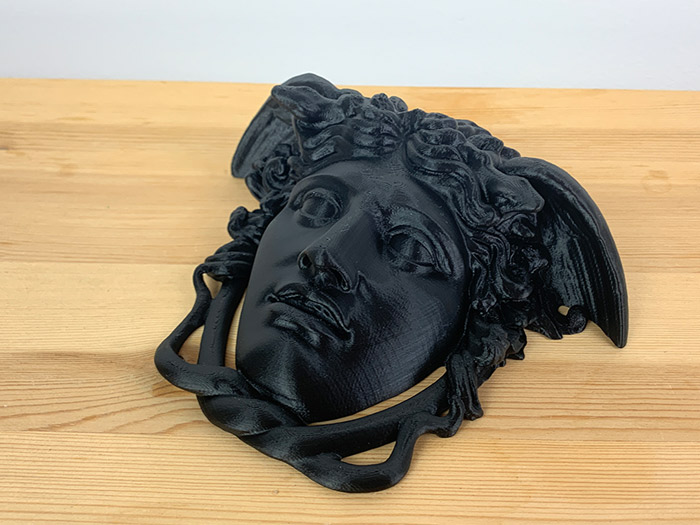 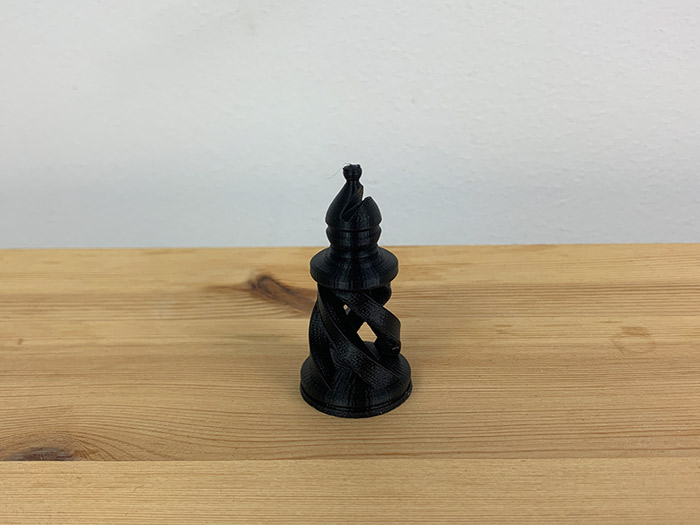 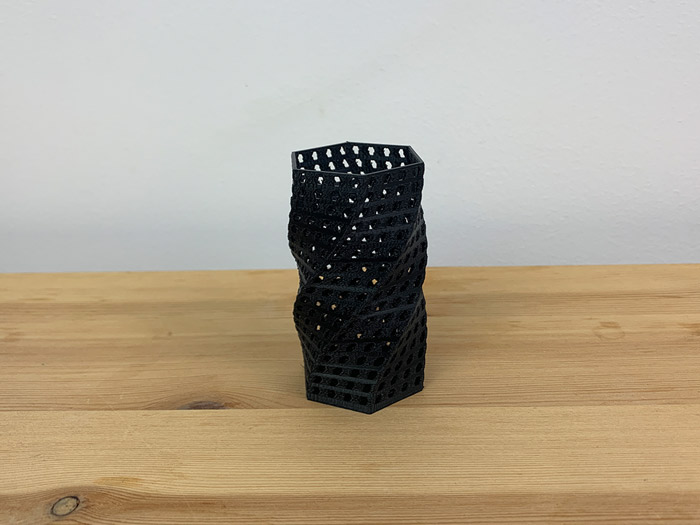 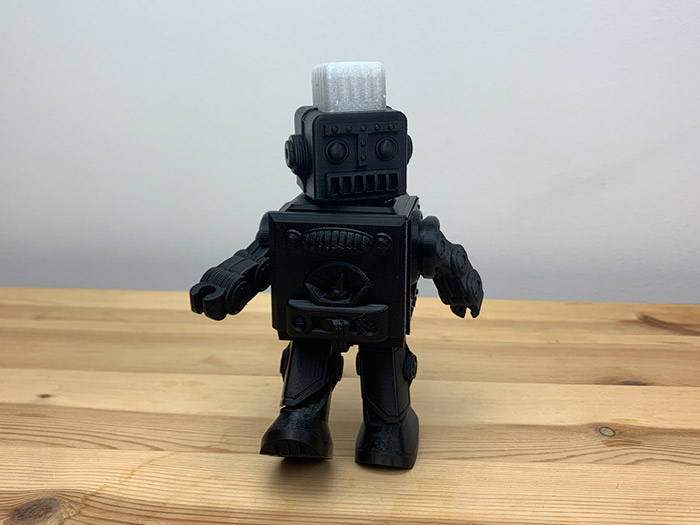 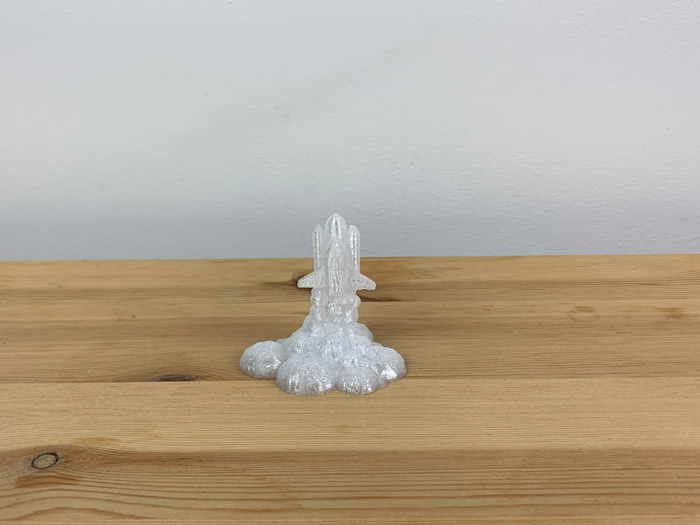 Lift OFF! model by Xonor13 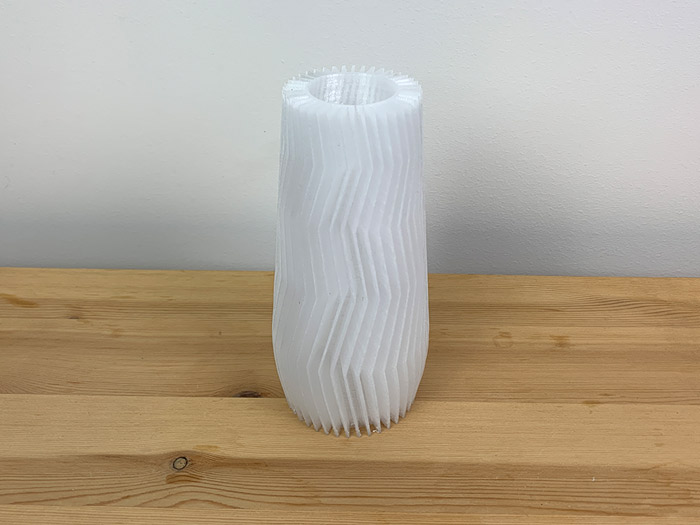 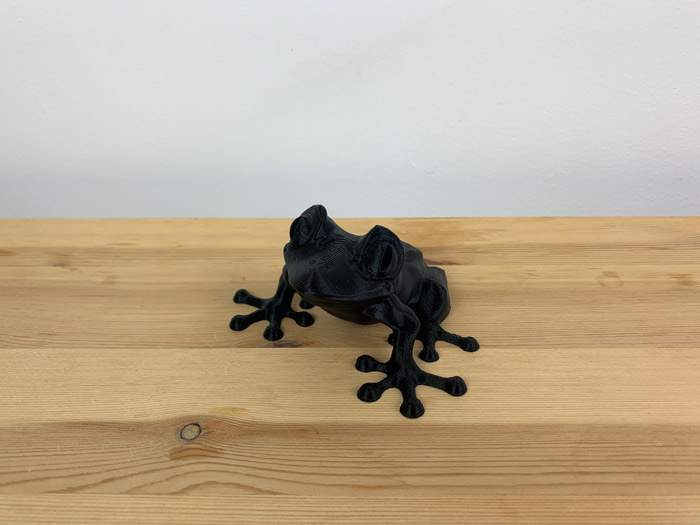 Our overall experience has been very satisfying and clearly shows that the 3D45 printer is an improved version of the 3D40 for a relatively affordable price of $1,899. The manufacturer Dremel is offering a reliable machine specially optimized for its range of materials. We appreciated the removable heating plate, WiFi connection, closed enclosure, filtration system and large touch screen features.

The ease of use and the quality of the prints were very good, the only thing we regret is that the 3D45 printer is a single extruder machine. This is all the more true when you look at the current landscape of desktop 3D printers, more and more manufacturers are offering two-color or a dual extrusion systems (for an average price around $4,000). It will also be interesting to look at the future developments of the brand. The size of the building plate can also be frustrating for some users looking to print ever larger parts. To conclude, the Dremel DigiLab 3D45 is a mid-range FDM 3D printer that offers very good overall performance compared to the mastodons on the market. It will target users looking for a reliable machine that requires little configuration. You can find more information on the website of the manufacturer HERE.