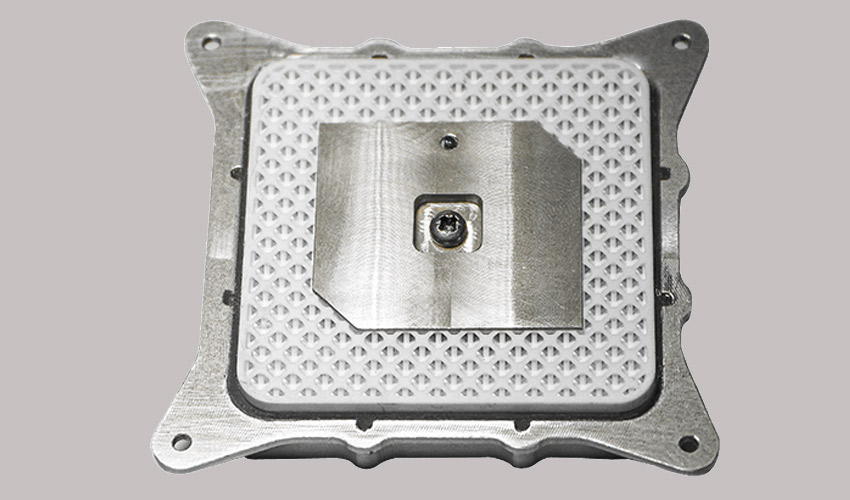 Based in Toulouse, Anywaves is a spin-off company from the Centre National d’Etudes Spatiales (CNES) which aims to become the main manufacturer of antennas for small satellites in the world. It is with this in mind that it approached French ceramic 3D printer manufacturer, 3DCeram. Together the companies began to design a new antenna. This partnership was formed during a discussion about the technical specificities of the antenna, desired mechanical properties and economic aspects of the project through 3DCeram’s service 3D-AIM. From there the companies began developing a new type of ceramic antenna for future small SmallSats satellites.

For a few years now, additive manufacturing has become an increasingly used in space, making headlines with 3D printed rockets and satellite parts, and even a 3D printer that works in zero gravity! The aerospace industry has long since demonstrated its trust in 3D printing technologies, aware of their ability to reduce cost and increase efficiency. 3D printing is also an interesting solution for astronauts needing to design spare parts or other objects in case of an emergency during their mission. Anywaves has in any case taken the leap, turning to the 3D-AIM service of 3DCeram dedicated to companies in this demanding sector. The service’s objective is to support companies wishing to additively manufacture ceramic pieces. For 18 months, the two companies worked on the development of a GNSS L1 / E1 band antenna guided by a strict three-step process : feasibility analysis, discussions between design and manufacture, and risk analysis. 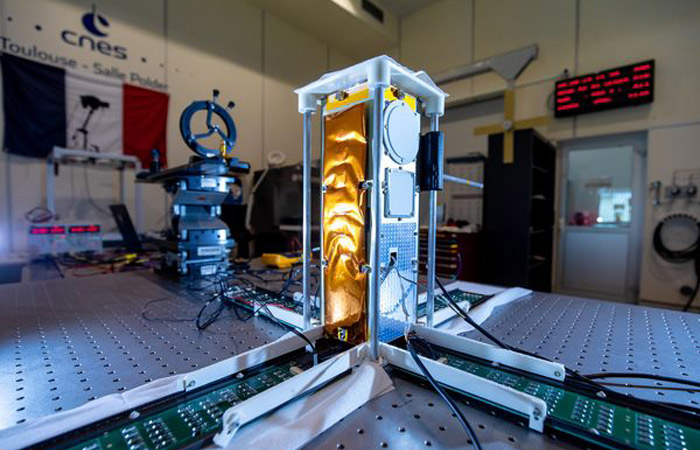 Before opting for ceramic additive manufacturing, it was first necessary to assess the related risks and therefore define all the technical and economic requirements of the antenna. 3D-AIM explains that it examined the CAD file produced by Anywaves from all possible angles: printing process, post-processing, debinding and sintering. The second step was modifying the CAD model in coordination with the results of the analysis obtained in the first phase.

The 3DCeram teams explain: “We created some CAD proposals that would make the model more robust. The main objective of this step is to reduce the defects (scratches, failures, etc.) which may appear during the process. We start by choosing the orientation of the part which depends on the tolerances of the part and the target unit price .”  Several 3D printing tests were then  carried out before the optimal final file was obtained. 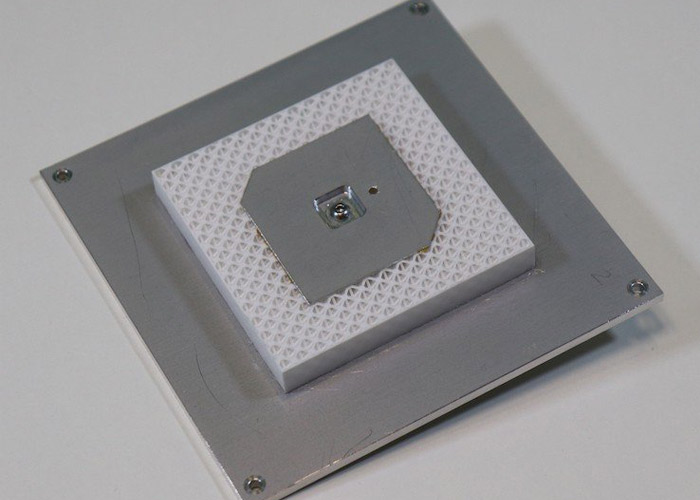 The third and final step is manufacturing. Anywaves could either invest in a ceramic machine or entrust production to 3DCeram. In any case, this partnership will have made it possible, having developed the design of zirconia antenna with a lattice structure, to obtain better performance in terms of radiofrequencies. You can find out more HERE .

What do you think about this partnership? Let us know in a comment below or on our Facebook and Twitter pages! Sign up for our free weekly Newsletter here, the latest 3D printing news straight to your inbox!