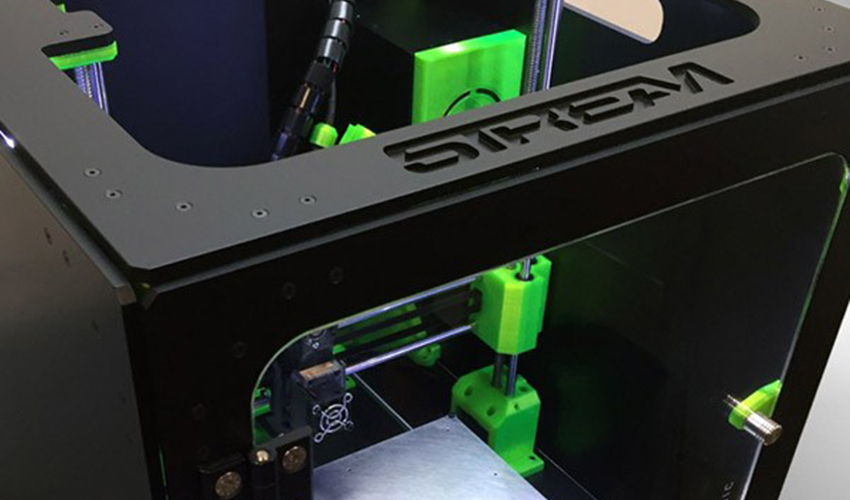 The French manufacturer Volumic recently sent us a new STREAM 30 Pro MK2 3D printer for us to review this professional model. The MK2 denomination corresponds to the manufacturer’s new generation of machines, which also officialised the arrival of its STREAM 30 Ultra a few weeks ago. The icing on the cake, as part of this test, we also received the top cover with an active filter that allows to completely close the machine to safely print any type of filaments.

Among the specific features of the STREAM 30 Pro is a 6mm all-aluminum chassis that is characteristic of the range, a 3mm (also aluminum) heat plate capable of mounting up to 110 ° C, and under the hood an extruder equipped with an interchangeable head with a 0.4 mm brass nozzle. 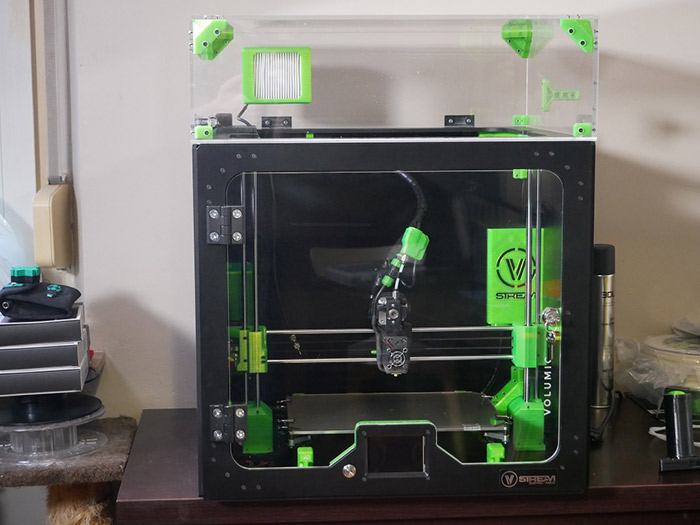 The STREAM 30 Pro MK2 3D printer with its protective cover

In terms of performance, this new generation head can extrude filaments up to 300 ° C with a maximum displacement speed of 120mm / s. Visually, the printer remains close to older models with its components printed in 3D (and therefore reproducible) to Volumic colors. Its selling price at the time of the test is 4188 € TTC.

1. Unpacking and installing the printer

The very least we can say here is that the machine is robust. After a long drive of the printer from the workshops of Volumic in Nice (stated on the package), the STREAM 30 Pro MK2 has released a beautiful 3D Benchy and this, without even touching the calibration of the board (see photos below).

Compared to the first generation of STREAM 30 Pro, this new version is distinguished by the presence of a touch screen color, which replaces the old screen and the dial selection but still retains its generous production volume of  300 x 200 x 300mm. 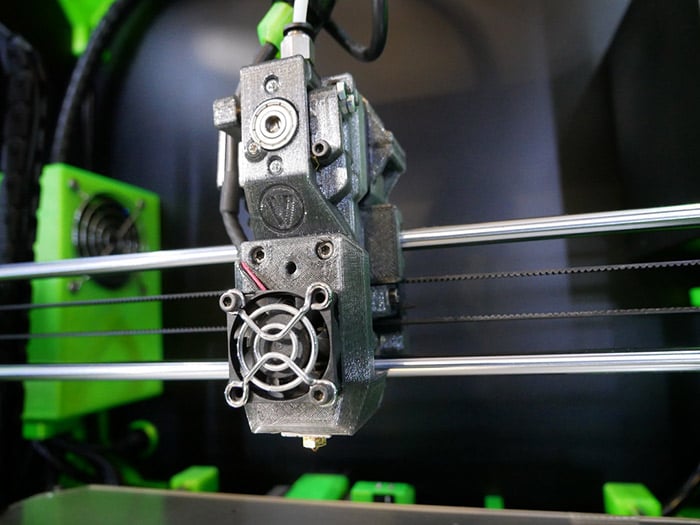 The interchangeable print head of the MK2

In terms of accessories present, everything is there, and more. It includes traditional power and USB cables, a set of tools including various keys and a spatula, an 8GB SD card, a USB SD card reader, a PLA Ultra coil of the brand Volumic, a 3Dlac adhesive bomb for hanging, a pair of gloves, a coil holder, a purge filament, spare plate clamps and French documentation. Note that as part of the test, we also received a replacement print head with a 0.25mm nozzle.

With nearly 80 pages, the documentation provided with the printer is ultra-complete. It goes back over the various start-up operations, the installation of the supplied accessories such as the reel, the spool support or the filter hood and more on the calibration of the tray. The leaflet also explains how to prepare the tray optimally with either lacquers or adhesive tapes. 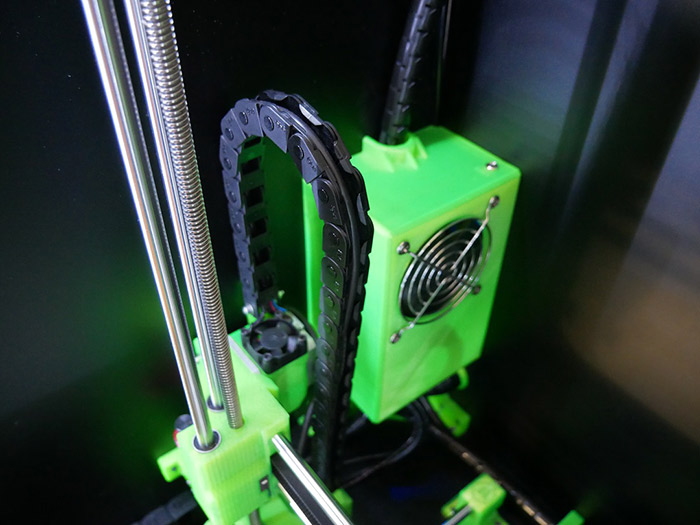 For the software part, there is something for everyone since we find the usual free suites like Repetier or Cura but also specific profiles for the paid software Simplify3D (available at a price of $ 149). The only negative point to note here, is the lack of WiFi to connect the STREAM 30 Pro to the software. The transfer of files is done via the SD card provided or USB.

Where it’s a bit more original is that you’ll also find the Verify3D software to manage and view your STL file library as well as the Colorify3D software which is a colour change manager to make it easier for the layers to pause. required. Note that they are only compatible for the moment with Windows. For our tests, we started with the profiles available from the Volumic website for the Simplify3D software.

The control panel of the STREAM 30 Pro MK2 printer will finally find various general information and perform basic operations such as loading or extruding the filament but also moving the tray or the print head.

As mentioned earlier, we have become accustomed to initiating print tests with a 3D Benchy. This was done directly after unpacking the printer to see how it handled the transport. However, it was also done especially to know the level of calibration needed and more generally its reliability. This test also gives us an initial idea of ​​the original profile provided by the manufacturer and any corrections and optimisations to be made. 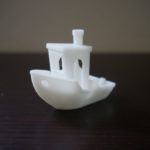 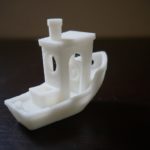 Some Temperature settings to avoid wires 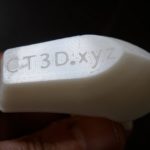 Subsequently, we reviewed the calibration of the tray which is semi-automatic. It is realised through a sheet of paper or a business card, all that is more classic. Note that this procedure is facilitated by a step-by-step calibration process, provided directly from the colour screen instructions, which even indicates which way to turn the adjustment screws. 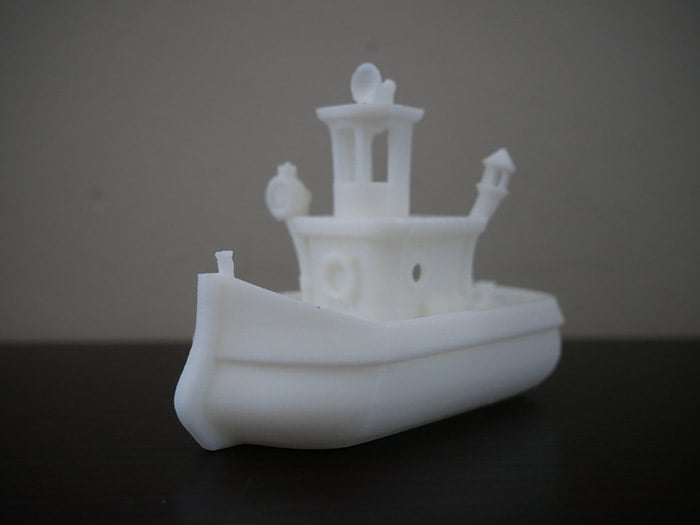 The visual benchy available on Thingiverse 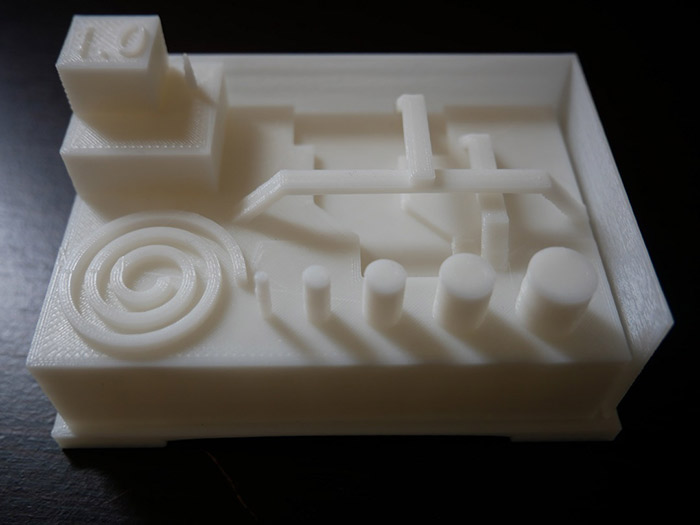 And our usual torture test

These last parts were printed with PLA Ultra filament supplied along with the printer (Volumic brand filament) so it seemed logical to switch to a different filament, in this case PLA from Arianeplast. It was probably not the best idea because we were soon confronted with our first plugged nozzle. Hard to say if the filament is involved or not but it looks slightly bigger than the Volumic Ultra PLA and it doesn’t flow as well through the PTFE tube. Anyway, thanks to its interchangeable mechanism the nozzle of the STREAM 30 Pro MK2 was released in less time than it takes to write it down and we still managed to take out this little vase successfully. 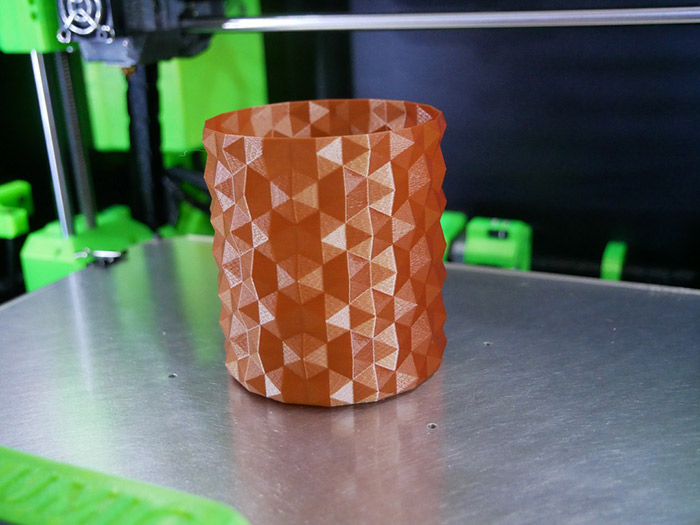 We only had to launch a large piece to finalise our tests and our choice fell on the figure of Thanos also available on the Thingiverse download site. 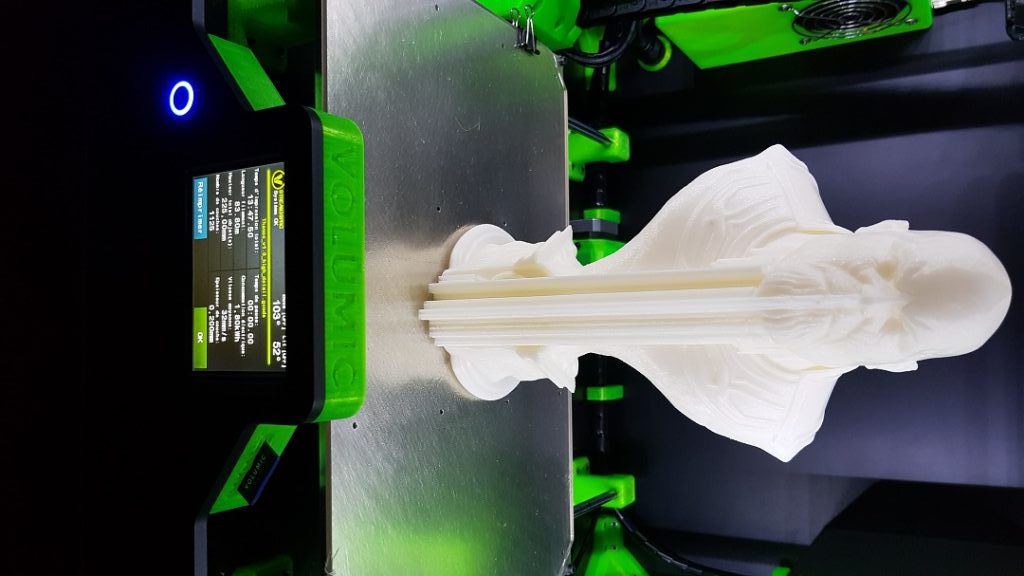 Made with the Volumic Ultra PLA 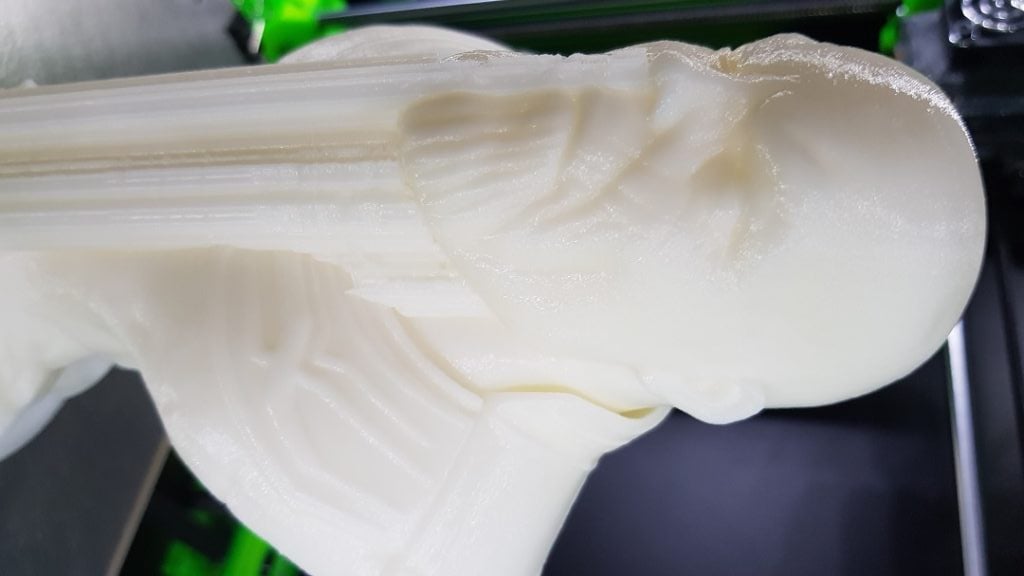 Zoom on the print media 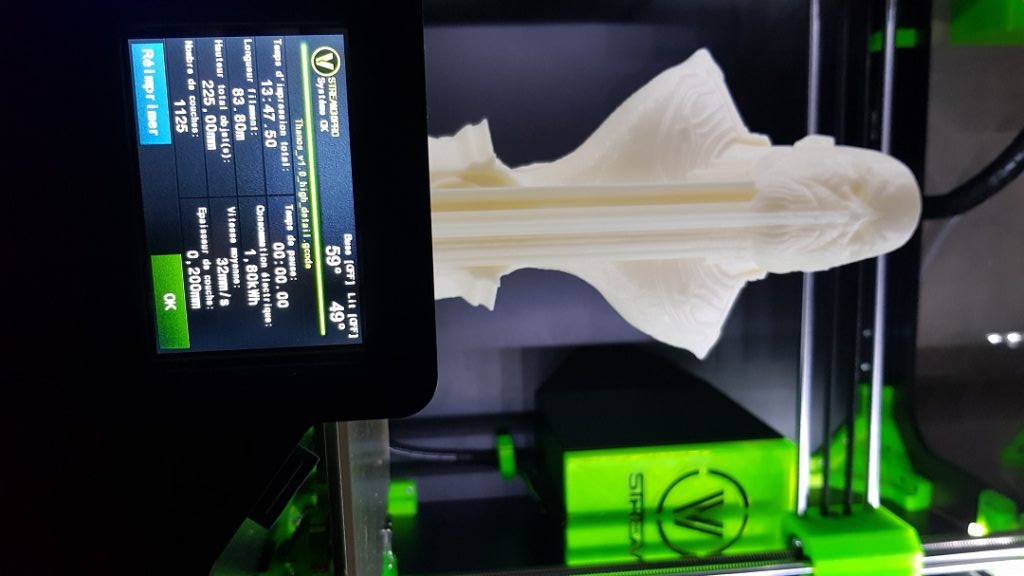