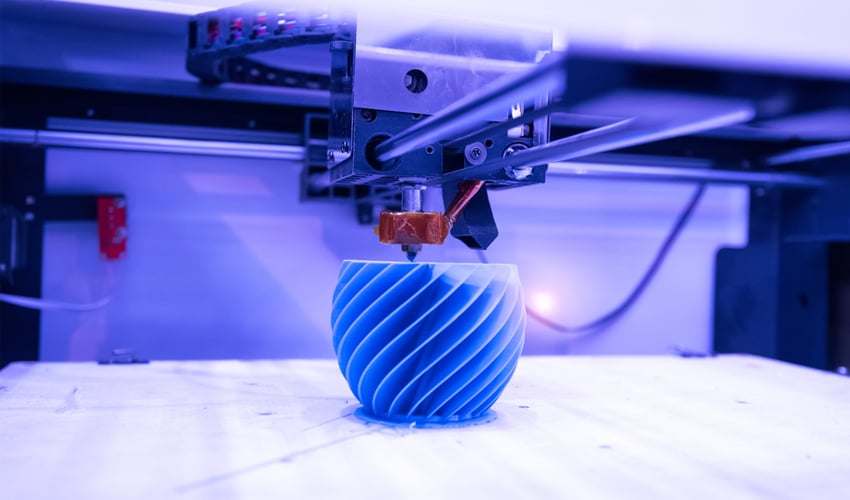 Engineers at the Massachusetts Institute of Technology (MIT) have developed an FDM 3D printer that, with the help of a laser, prints 10 times faster than normal office machines. Though it uses a laser, it is still considered a fused deposition modeling process. We recently wrote about a way to double your printer’s speed, but this is in another ballpark. The print head uses a laser and a new, innovative screw mechanism to increase the machine’s speed.

The key to this innovative 3D printer is due to its extruder, created by two MIT students. It uses a laser, like in stereolithography or selective laser sintering technologies. FDM printers do not usually do this, instead using a print head which warms the filament to create successive layers.

How to increase the speed of a FDM 3D printer?

Interestingly, MIT have recently offered a 3D printing university course. MIT developed their 3D printer using an extruder that features a laser-assisted screw mechanism instead. This feeds the plastic filament nozzle while the laser quickly heats up and melts the filament.

The screw mechanism replaces the traditional mechanism of usual printheads that cannot print as quickly without losing filament adhesion. The machine processes a specially developed filament that increases adhesion and allows faster feeding of the extruder. Therefore, the laser heats and melts the filament before it gets to the nozzle. 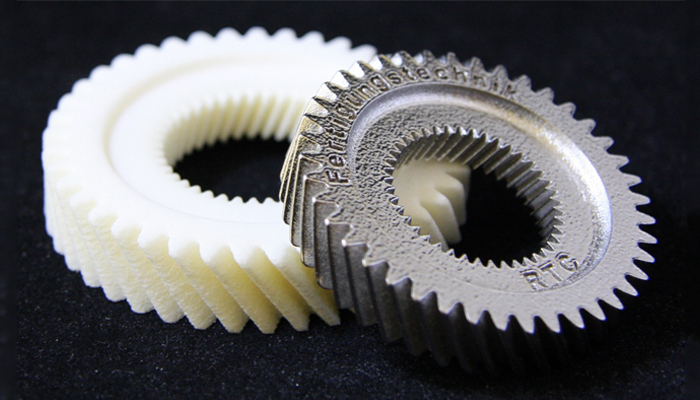 The printer could significantly speed up production.

John Hart, an MIT student and one of the printer’s creators, believes this could make FDM a more viable production technique. Since a 1 hour print could be reduced to just 6 minutes, this provides more opportunities in the workplace. In addition, factories could print spare parts more easily. Hart also explains that this FDM 3D printer could be a viable solution in medical emergencies.

Its creators added that it was made to solve three problems associated with FDM: speed, low extrusion force, and slow heat transfer. Hart explained that “Given our understanding of what limits these three variables, we wondered how we could design a printer ourselves that would improve all three in one system. We developed it and it works pretty well.”

Here is a live impression with the said 3D printer, without any acceleration:

For more information on this new 3D printer, you can view the study here. You can compare a variety of FDM 3D printers similar to MIT’s one in our Comparator here.

Have any opinions on the current IP state of 3D printing, let us know in a comment below or on our Facebook and Twitter pages! Don’t forget to sign up for our free Newsletter, all the latest news in 3D printing straight to your inbox!