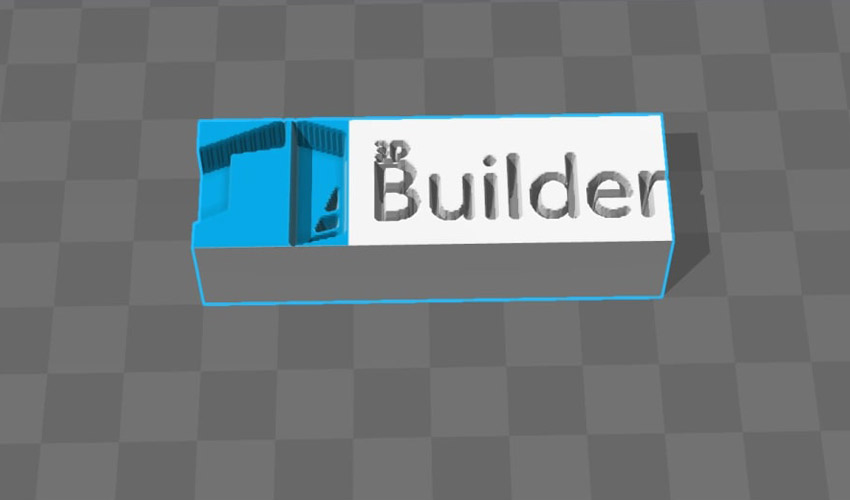 3D Builder is Microsoft’s 3D modeling software that allows you to easily design a 3D model, visualize it or make any modifications quickly. It is a free solution, installed by default on all computers with Windows 10. 3D Builder is compatible with 3D printing since it allows exporting models in STL, OBJ or 3MF formats. Microsoft also offers a wide selection of 3D models that are ready to download for free directly from the interface. Today, this software receives many positive reviews for the numerous functionalities it offers.

Created in November 2013, 3D Builder is a real gem for Windows users. Soon after its launch, Microsoft announced a partnership with Materialise to facilitate direct 3D printing of the designed models, as well as a mobile version to allow even more creativity. 3D Builder is based on modeling based on the construction geometry of solids, just like Tinkercad. For example, the user can represent an object by combining different simple shapes such as cubes or spheres using Boolean geometric operators (addition, subtraction, intersection, etc.). 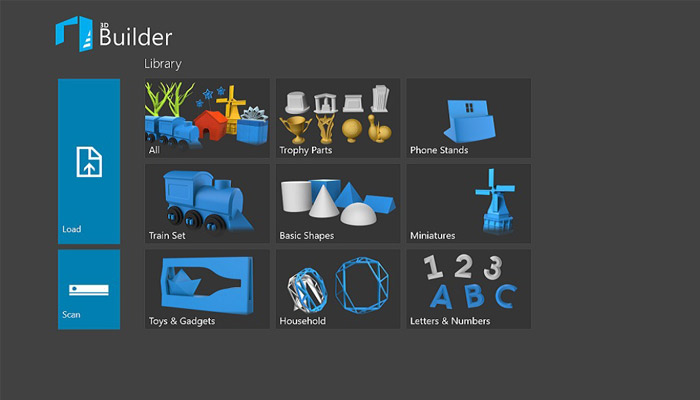 Once the application is open, the user can directly access all their projects or start creating their model.

The main features of 3D Builder

The 3D Builder software can be downloaded for free from the Windows Store and is only compatible with Windows. It is available on PC and cell phones, but also on the Xbox One, HoloLens and Surface Hub. As previously explained, 3D Builder offers three main features: creating a 3D model, modifying a 3D file, and viewing. When the user opens the software, he can see the recently viewed models, load a model from a library offered by Microsoft, or begin the creation of their own file – either from scratch, via a 3D scan, or from a model previously uploaded on another platform.

The creation of a 3D model is quite intuitive since everything is done with simple geometrical shapes: cube, cylinder, pyramid, hexagon, tetrahedron, etc. Simply add, superimpose and cross these shapes to obtain the desired result. The user will be able to add text on these shapes, as well as change texture, color, etc. The “Display” tab allows you to obtain a wireframe rendering, different levels of shadows, transparency, etc., thus offering a very real visualization. Once the model is finished, you can export it to 3MF, OBJ, STL or PLY formats, compatible with 3D printing. 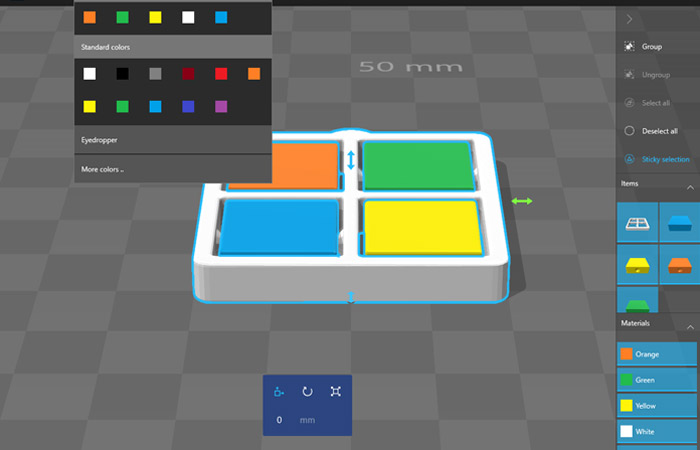 The users can add as many colors as they want.

If you don’t want to create your 3D model, you can start with an already existing file and modify it directly from the interface. The interface allows you to insert shapes, modify the size of the object, deform it, etc. Basically, the user can alter the model as they wish. It’s also important to note that 3D Builder allows you to repair objects before printing: the software detects potential defects, and thus guarantees a cleaner manufacturing process.

The application is available in many languages and can be downloaded HERE. Dedicated support has also been created, allowing you to follow tutorials, get advice and solve your potential problems. What do you think about the 3D Builder software by Microsoft? Let us know in a comment below or on our Facebook and Twitter pages! Sign up for our free weekly Newsletter, all the latest news in 3D printing straight to your inbox!