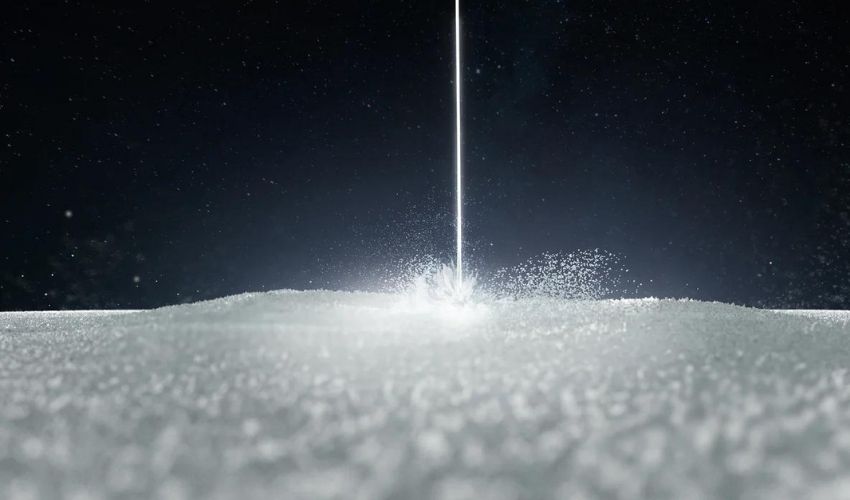 There are multiple 3D printing technologies within the industry, they are used in different sectors and for different utilities. Among them is Selective Laser Sintering (SLS). How does this technology work? What materials can be used? We tell you everything below!

The development of selective laser sintering or SLS technologies began in the 1980s. Dr. Carl Deckard and Dr. Joe Beaman of the University of Texas at Austin (USA) developed the foundations of powder bed fusion technologies. These technologies are capable of manufacturing with multiple materials from polymers to metals, thanks to the application of a laser. When referring specifically to SLS technologies, we are talking about plastic polymers, mainly nylon. However, this has somewhat changed in the last few years, as we will touch on.

In fact, the two doctors, Deckard and Beaman, patented Selective Laser Sintering. Also, they were involved in the creation of DTM Corporation, now part of 3D Systems (since 2001). Since then, many companies specialising in powder melting techniques have emerged, including Farsoon Technologies, specifically specialised in SLS. Finally, it should be noted that a process similar to SLS had been invented and patented back in 1979 by R.F. Housholder but was never commercialised.

How does selective sintering by laser or SLS work?

Selective laser sintering makes it possible to print functional objects without using an intermediate binder or having to go through an assembly stage. Before printing, the object is designed using CAD software (for e.g. CATIA, SolidWorks, ProEngineer). This model will then be sent to a 3D printer in a numerical format (STL file). Then, the printing is done layer by layer, from fused powders, thanks to the temperature generated by a CO2 laser.

To start the process and prepare the 3D SLS printer, the powder hopper and the construction area are heated below the melting temperature of the polymer powder (1). The first layer of powder is deposited onto the construction platform (2). Then, a CO2 laser selectively sinters (i.e. fuses) the powdered polymer particles in the shape desired. The entire cross-section of the component is scanned by the laser, so that the part is solidly constructed (3). When the layer is complete, the construction platform moves downward to allow for the material surface to be re-coated. The process is repeated until the entire part is complete (4).

After printing, the parts are completely covered by the powder. This powder container has to be cooled down before moving on to the cleaning and post-processing stages. This can take up to 12 hours. Subsequently, the parts are cleaned with compressed air or some other cleaning medium, and are ready for use or further processing. 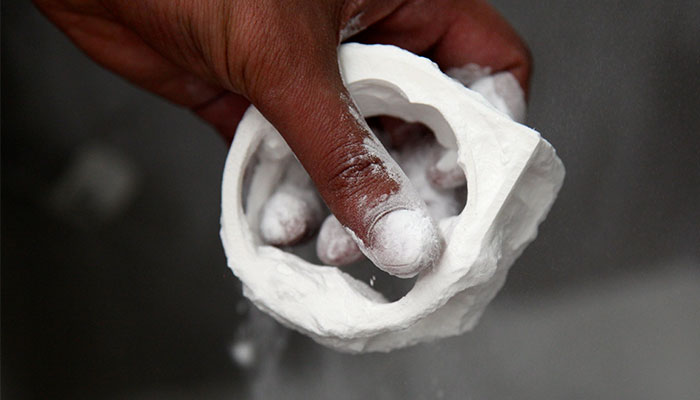 Powder melting technologies allow objects to be manufactured from a wide range of materials, although the SLS technique refers to plastic polymers. The most common is the polyamide PA 12, commonly known as Nylon 12. Although the technology can also manufacture with Polypropylene, Alumide, Carbonmide, PEBA, PA 11 and PEEK. It is also possible to add fibers of other additives to the materials such as carbon fibers, glass or aluminum, thus improving the mechanical behaviour of the parts. 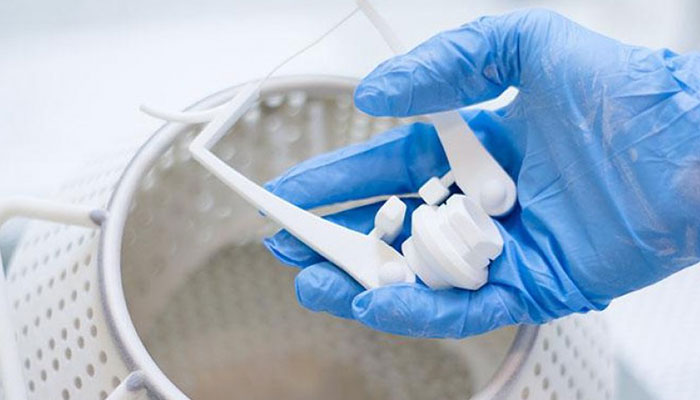 Most of the initial uses of this technology have been related to the development of prototypes, but as the materials become more resistant and the prices of 3D SLS printers become cheaper this is changing. Finally, there is talk of the development of final parts within Selective Laser Sintering.

SLS technology is used in multiple fields, from design, automotive, aerospace and engineering industries among others. Until a few years ago the main manufacturers of Selective Laser Sintering 3D printers were 3D Systems and EOS GmbH, focusing primarily on the professional industry. 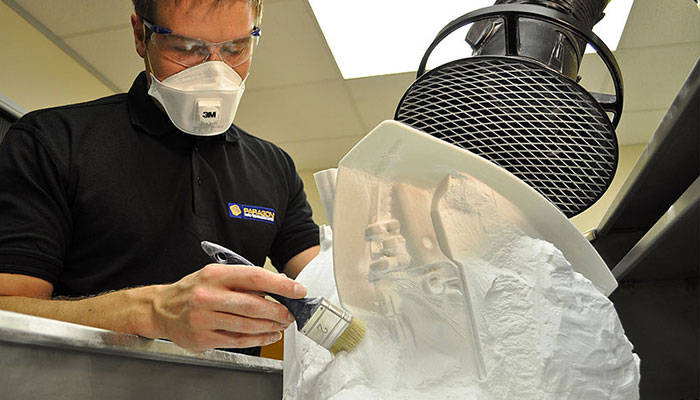 The latter was the only manufacturer to include SLS machines capable of printing with high-performance thermoplastics such as PEEK. As of 2014, the patent for this technology was released, so multiple players have emerged within the industry. From new companies such as Natural Robots and its VIT machine, to well-known brands such as Formlabs and its new Fuse 1. This should democratise these technologies and bring them closer to companies in the sector.

To conclude , in the following video, the team from Xometry explains the technology in detail:

Did you find this guide interesting? Let us know in a comment below or on our Facebook and Twitter pages! Sign up for our free weekly Newsletter, all the latest news in 3D printing straight to your inbox!

Cadillac Has Turned to 3D Printing for its New Luxury Sedans