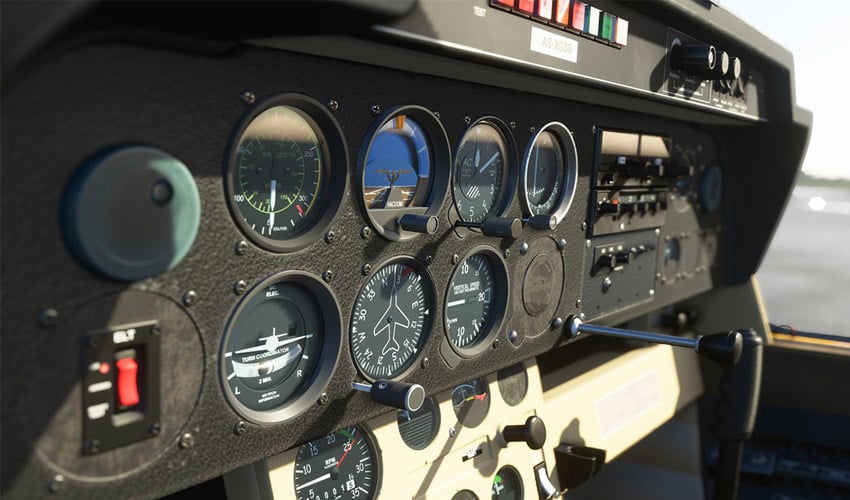 Microsoft Flight Simulator is one of the most famous flight simulation games in the world, with more than a million players and 26 million completed flights. The latest version was released a few months ago and, in order to make this experience as realistic as possible, the creator of the video game, Asobo Studio, used Artec 3D scanning technologies. Thanks to the Artec Leo 3D scanner, they was able to reproduce cockpits that are extremely real. The result is quite impressive: the players are fully immersed in their flight, piloting the plane according to the conditions of their choice and thus live an unforgettable experience, even on a computer.

Although different 3D modeling techniques are available today, scanning directly an existing object remains the fastest and sometimes the easiest method. The digitized data forms a 3D model that the user can modify and retouch – and in some cases, 3D print it. Thus, 3D scanners  offer an efficient way to recreate an object. Many museums, for example, use 3D scanning to recreate works of art, sculptures, etc. In our case, Asobo Studio has adopted this method to provide an experience that as realistic as possible, which key for a flight simulator. 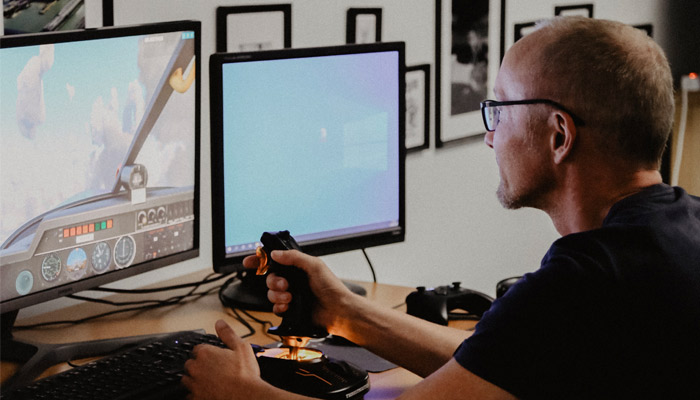 Saving time and increasing realism thanks to 3D scanning

Most Microsoft Flight Simulator players are experts, pilots for whom flying is no mystery. Therefore, the game must be virtually perfect in terms of details and graphics and must be true to the specifications of the environment. The Asobo Studio teams traveled to different tarmacs with their Artec Leo 3D scanner, a portable solution that is easy to use. Over the course of a few weeks, they scanned various aircrafts, from two-seater aerobatics planes to wide-bodied aircrafts, leaving nothing to chance. For example, they scanned various fuselages, landing gear, and of course all the elements of a cockpit. A not always easy according to Nicolas Favre, Vehicle artist at Asobo Studio: “During the scanning operations, the only difficulty was to succeed in finding the necessary distance to be able to scan the entire dashboard, in the cockpit, a small cramped room. Without the 3D scan it would have been difficult and much longer to restore such a level of precision, especially at the level of the multiple buttons present in a cockpit“.

Depending on the size of the aircraft, this scanning process takes more or less time, but most often, teams took half a day, or even a full day on the largest models. As for the cockpit, it takes barely an hour. Once this digitizing step is completed, the scans are processed on the Artec Studio software: this reduces the density of details and optimizes the aircraft models so that the user can produce, edit and process the 3D data. The teams say that each aircraft scanned required one day of computer processing. This shortens lead times compared to more traditional modeling methods, while increasing the realism of the final rendering. 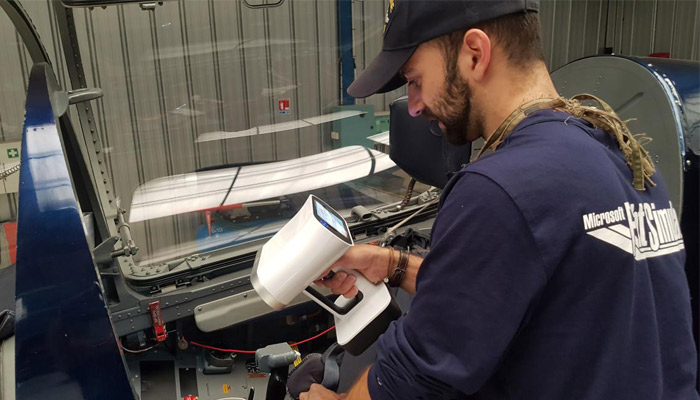 Gabriel Turot, Vehicle artist at Asobo studio, concludes: “The 3D scan generated a significant saving of time and allowed us to avoid certain stages of verification on the part of the various aircraft manufacturers who had to give their agreement and validate our work. 3D scanning technologies have allowed us to go directly to the modeling stage, while gaining credibility and confidence with manufacturers who see the fidelity of the planes and cockpits used in our video game.” One thing is certain, we can’t wait to test the Microsoft Flight Simulator!

What do you think about 3D scanning making Microsoft Flight Simulator more realistic? Let us know in a comment below or on our Facebook and Twitter pages! Sign up for our free weekly Newsletter, all the latest news in 3D printing straight to your inbox!