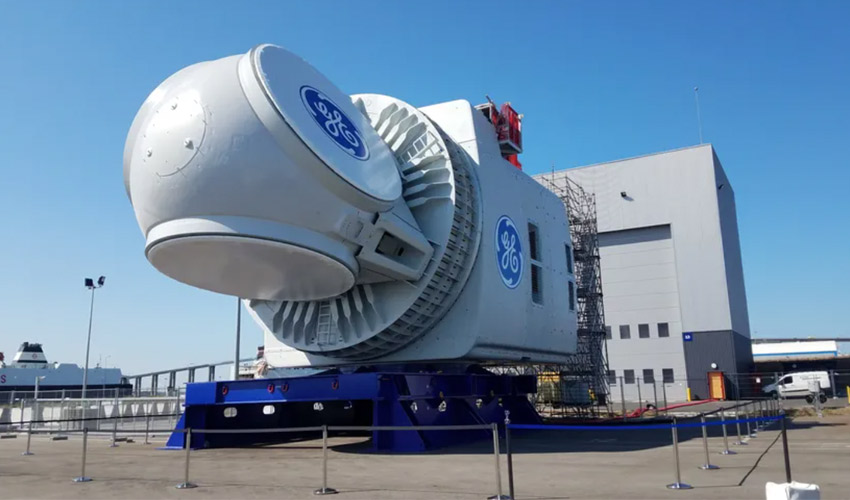 The American giant General Electric (GE) has announced the signing of a partnership with Fraunhofer IGCV and Voxeljet to develop a new 3D printer capable of designing the molds of certain key components of the Haliade-X offshore wind turbine. The particular wind turbine is notably for its impressive size – 260 meters (~853′) high, with three 107-meter (~351′) long blades, compared to the 381-meter (1250′) height of the Empire State Building or the Statue of Liberty which is 93 meters (~305′) tall. The project, which is scheduled to begin testing in early 2022, will use 3D printing of sand molds via the Binder Jetting process to cast the components of the wind turbine’s nacelle. This would reduce the development time for these molds from 10 weeks to just two.

The Haliade-X offshore wind turbine is designed to produce 310 MWh in a single day, which would produce enough energy for a city of 250,000 inhabitants in 24 hours! Built in three different cities, including Saint-Nazaire and Cherbourg, it would be the most powerful wind turbine on Earth to date. For us, it is particularly interesting because its production process involves the use of additive manufacturing and more specifically the binder jetting process. 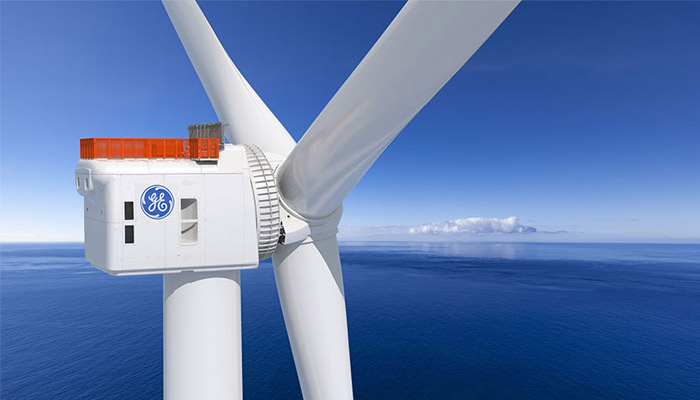 The three partners are working on the development of a new machine called Advance Casting Cell (ACC). This would allow the production of sand molds in which certain key components of the wind turbine would be cast. Thanks to the powder bonding technology, the teams would be able to produce their molds in only two weeks, which is five times faster than with conventional processes. Juan Pablo Cilia, GE Renewable Energy senior additive design engineer, explained, “The 3D printed molds will bring many benefits including improved casting quality through improved surface finish, part accuracy and consistency.Furthermore, sand binder jet moulds or additive moulds provide cost savings by reducing machining time and other material costs due to optimised design.”

The use of additive manufacturing is also expected to reduce the carbon footprint of this project: instead of transporting the molds from one location to another, all manufacturing is expected to be done locally, facilitating logistical flows and reducing associated travel and costs. The machine in question, based on VoxelJet technology, would bring to life molds for metal castings with a maximum diameter of 9.5 meters. Ingo Ederer, CEO of Voxeljet, concludes, “While off-site on-demand 3D printing has many advantages for small quantities of castings, operating an on-site 3D printing system makes the most of the technology. Given the demand for offshore wind turbines, this will go a long way toward meeting project schedules and high market demands.”

The first impressions on the ACC machine should start in early 2022. We will keep you informed of the progress of this project! For now, you can find more information HERE.

What do you think of the Haliade-X offshore wind turbine? Let us know in a comment below or on our Facebook and Twitter pages. And don’t forget to sign up for our free weekly newsletter, with all the latest news in 3D printing delivered straight to your inbox!