Nicolas and Antoine of “Zimple” launched their Kickstarter campaign earlier this year for a 3D printer filtration system that helps to significantly reduce the toxic emissions that are produced during printing. Their filtration system called the “Zimpure” is a device that could quickly become the ideal companion for 3D printers! So far,  the company has raised €23,453. That’s €8,453 more than their goal of €15,000, with less than 2 days left for their campaign. This month, we decided to sit down with Nicolas and Antoine of Zimple to learn more about this innovative project.

3DN : Can you introduce Zimple to our readers?

We would be happy to! We are two guys who have been friends since high school, who were reunited while studying in Paris. 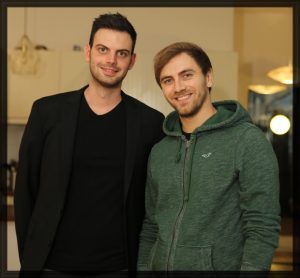 My name is Nicolas and I’m a maker at heart. I like to create things and have enjoyed it since I was a little kid. When I stumbled upon printing and 3D design, it was like a return to my childhood. It is a real release for me! I like to create projects that combine electronics and mechanics. It also allows me to apply what I learned during my engineering studies in embedded systems.

My name is Antoine and it was only recently that I discovered 3D printing. I was immediately fascinated by the technology and the many ways you can apply it! At the same time, I have always been passionate about entrepreneurship and web development. My studies brought me to Data Science, which goes perfectly with Nicolas’ educational background.

We both realized that desktop 3D printers have many weaknesses and difficulties in use and implementation that manufacturers don’t usually anticipate. With Zimple, we wanted to provide users with innovative and effective solutions to the various problems that users encounter when using a 3D printer.

3DN: Can you explain to us a little about how your project began?

The Zimpure project was created after our first experience with the emissions from a 3D printer.

My first experience was very unpleasant! It was 3 years ago, with a Prusa i3 that was delivered with ABS. I decided to set it up next to me at my desk and when I began to use it. After about 20 minutes, I began to have a headache, burning eyes and even my throat began to feel irritated. I’m not the only one who has experienced this either. I learned soon after that the extrusion of thermoplastics releases an enormous amount of toxic gasses and nanoparticles. My only solution after realizing this was to move the printer away from me and next to a window. But while this was a quick solution, it became a problem in the winter, on rainy days and when I wanted to print at night!

So, I went looking for a solution that was offered by the dealers: filtering covers for €250 (about $265 USD) that were designed for a single machine, hardly air proof, with HEPA filters that are made for vacuum cleaners. It was therefore out of the question that I would pay this much money for this kind of product. 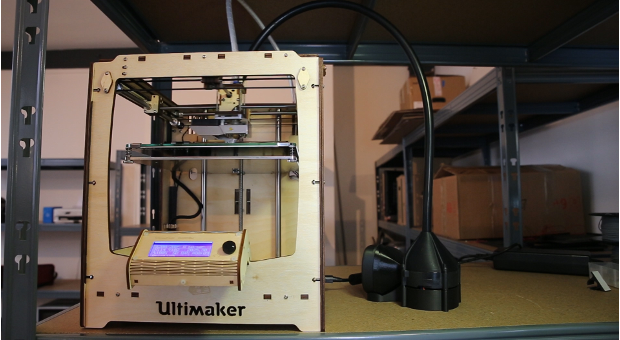 The filtration system on an Ultimaker

It’s for this reason that we decided to develop a filtration system that would be compatible with all 3D printers, making it efficient and affordable while at the same time not increasing the size of the printer.

3DN: What are the specific features of your filtration system?

We developed Zimpure with the desire to offer a real solution to users of 3D printers. A solution that is compatible with all printers, and one that is really effective and certified by a qualified lab. It was also important to us that our product was affordable and that it did not enlarge the size of the printer, and that’s what we were able to accomplish.

Instead of putting the printer in an enclosure, we decided to suck up the particles and gases where they are created: in the extrusion nozzle. This is where the filament is fused and where the pollution is ejected. 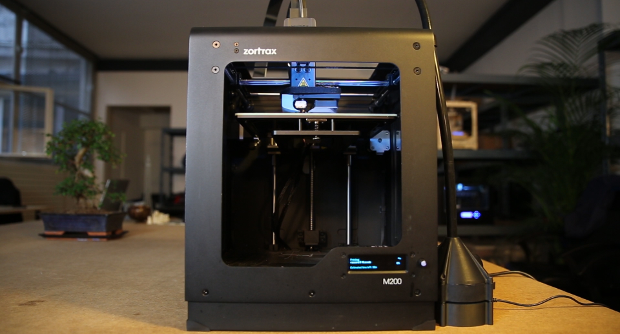 The Zimpure on the Zortrax

To do this, we attached a silicone hose to the extruder. At one end of the pipe is the Zimpure, which sucks and filters the emissions. On the other, we place a 3D printed tip, which makes it possible to bring the suction flow closer to the nozzle. By adapting the fastener and tip according to the printer, we made our product compatible with all machines!

Scientific testing was of great importance to us as well. We wanted to know the exact amount of particles and gases that are emitted by the printer and how effective our product was against them. We therefore contacted various labs that would have the instruments needed in order to measure this. In the end we collaborated with the CEA of Saclay to carry out our experiments. After numerous tests and improvements, the objective was achieved with 99.9% of the nanoparticles and more than 90% of the gases being filtered! 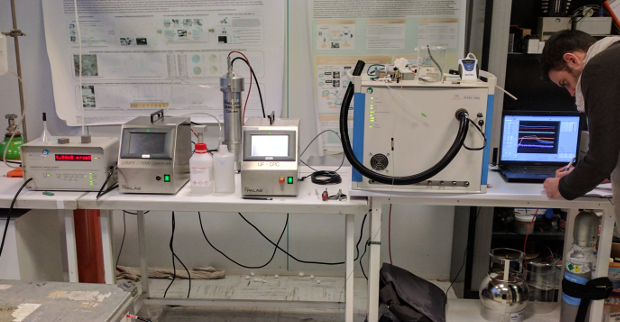 3DN : What are your plans for the future?

We are going to set up a platform on our website which will give access to the suction tips for all 3D printers. We will also be continuing to create new printer tips and collaborate with other makers in the community in order to create other projects around ours that will maximize compatibility.

Generally speaking, we want to solve the many problems we see when using 3D printers today. We want to develop solutions that help to eliminate these issues and help advance this technology! 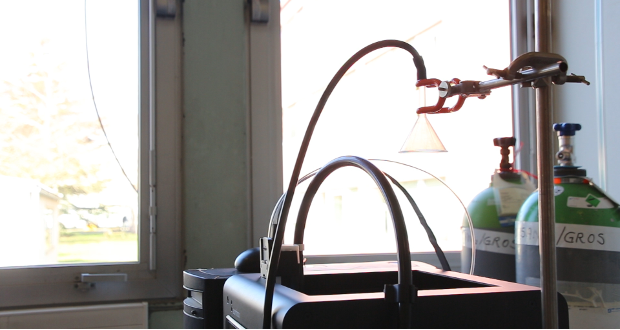 3DN : Any last words for our readers?

We know that 3D printer emissions are a sensitive subject and that many users are even questioning it. The debates on the Internet in this regard prove this, even though there have been numerous studies carried out and show that the problem is real. Bringing it back to Zimpure, we decided to carry out rigorous tests by collaborating with the CEA in order to obtain official as well as external certification. We hope that the makers out there will appreciate being able to see what is behind those smells and to also see that we have worked seriously and scientifically to develop this project.

For more information on their Kickstarter campaign, you can check it out here.