Curious about 3D printing in color? then let us explain! 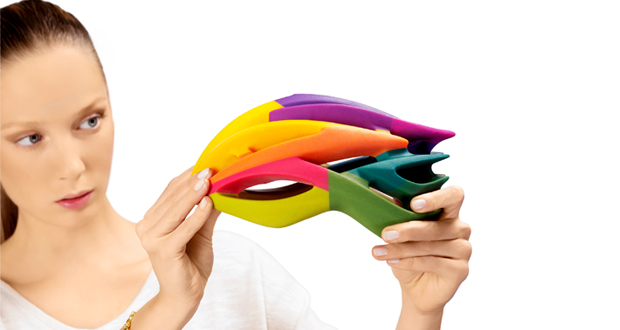 These are always questions that may arise as you begin taking an interest in 3D printing, and one of these areas where we see many questions asked is when it comes to 3D printing in color. Most people, when 3D printing, want a product that is as true to reality as possible, but may not know how to achieve that.

Because most 3D printing is often limited to using a material of a specific color color, many manufacturers have initiated processes to remedy this limitation, such as can be seen with Mcor Technologies (who we’ll talk a little be more about in a bit). Below, you will find a quick rundown on the different 3D printing technologies that make it possible to obtain polychrome objects through 3D printing: 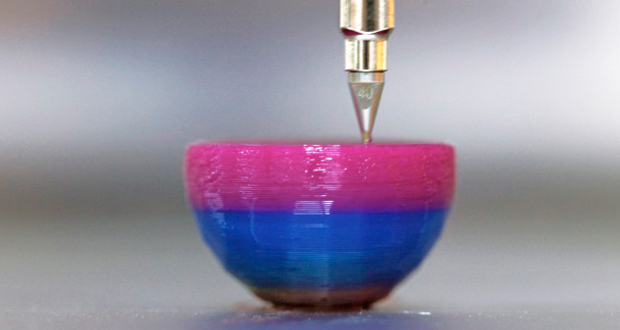 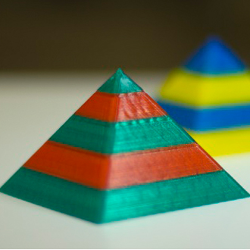 The FDM method deposits a molten plastic, layer by layer, onto a plate. This is probably the most common and most accessible 3D printing method. The creator of Stratasys, S. Scott Crump, developed this technology in 1990.

One of the disadvantages of FDM is the inability to simultaneously mix several colors together during the creation of the object. To remedy this, you have a couple of options. The first option in order to obtain your colored model is to pause the current print,  change the filament color, and then begin again. The second option would be to use a 3D printer that is equipped with several extruders; however, the number of colors will be limited to the number of print heads.

Another disadvantage to this technology is with the print quality. Most printers of this type that you currently find available on the market only offer a minimum layer of thickness of 100 microns. This means that post-print retouching is necessary to fine-tune the quality of the object. Regardless of this, 3D FDM printers still remain the most affordable option to print in color with models starting from around €300 (about $324 USD).

Check out the video below to see Fused Deposition Modeling in motion:

Fun fact: A Canadian company RoVa4D unveiled a printer that could simultaneously mix five filaments of different colors during the printing stage. The filaments used were cyan, magenta, yellow, black, and white. They were also capable of being mixed together to produce a wide range of colors.

Powder Binding technology was first developed in 1993 at MIT. It was originally marketed by the Zcorp brand, which was later renamed to Color Jet Printing, after it was acquired by 3D Systems. 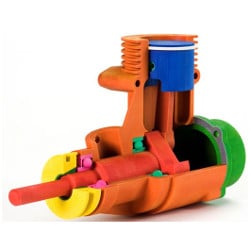 Powder Binding 3D printers have two tanks, one that is empty and another that is filled with gypsum based material (mineral material that is close to that of plaster). After spreading the first layer of powder on the tray, a binder is selectively deposited to solidify the layer, which is colored with ink at the same time. After, a second powder layer is distributed and the same step is repeated until the final product is obtained.

Among the advantages of this technology, there are a few which stand out the most. The first one is the possibility of using thousands of colors (CMYK), the second is the absence of a support when creating complex shapes (the powder acts as a support), and lastly, you have the possibility to recover a part of the unused powder.

Powder binding nonetheless has some disadvantages as well. The first is in post treatment; it is necessary to remove the non-bonded powder with a brush (similar to an archeologist brushing off an artifact). The second disadvantage is that after, you must coat your object in order to finish the cleaning process. Although you could potentially use water to complete this step, it is better to use a special coating to allow for a clean finish with brighter, shinier colors.

Check out the video below to see Powder Binding 3D printing in motion:

Fun fact: At the end of 2013, 3D Systems unveiled a new generation of full-color 3D printers including the ProJet 4500, at prices starting at about $70,000 USD. Although the production of this machine has since been discontinued, the 4500 offered the use of a plastic powder instead of gypsum. Today, new companies have set themselves up as leaders in powder binding, such as 3Dpandora and Addwii. They currently are looking to make 3D printing in full color accessible to all. 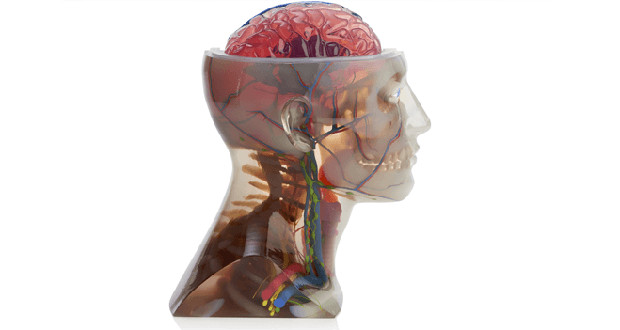 Polyjet technology (name used by Stratasys) is a process that was originally patented by Object Ltd. Which, in 1999, merged with tech giant Stratasys. This technology is one that is most similar to an inkjet printer. 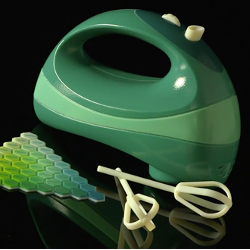 The process relies on the instantaneous solidification of thousands of photopolymer droplets, using a UV light. The droplets are projected into the desired shape and begin hardening once they have made contact with light. Once the various layers of the object have been completed, a cleaning step is necessary in order to remove any excess material. The use of a photo polymerization process also makes the printed object more susceptible to light or heating if exposed for too long.

One of the strengths of using the Polyjet technology is that it is based on you having the possibility of mixing different colors and materials within the same model. It would thus be possible to create items such as a screwdriver that is equipped with a flexible handle and a solid head.

Check out the video below to see Polyjet 3D printing in motion:

Fun fact: Stratasys has created the J750 3D printer based on the Polyjet technology. According to Stratasys, this machine is able to print in 360,000 different tones of color, using a wide range of material. This printer also has the ability to print both transparent and opaque objects. 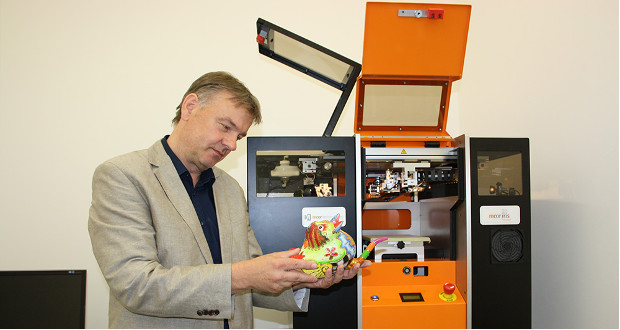 This technology is used to print in both 3D and color. It is this technique that is at the very heart of the machines that are created by Irish manufacturer Mcor Technologies. 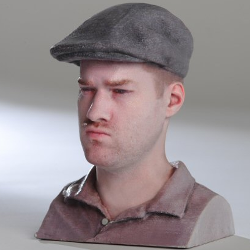 This process is a hybrid of sorts that has the distinctive feature of combining both additive and subtractive manufacturing within the same machine. It is also the only one that makes paper-based objects.

Mcor Technologies’ 3D printers work as follows: The printer is first loaded with an A4 sheet tray (think of a regular printer). After, sheet after sheet moves through while color ink is sprayed to allow the desired color and contouring of the object to be attained, with a binder is added to bond the sheets together. After, using a cutting plotter, the shapes of the object are cut out sheet by sheet. Once finished, the object is taken out of the printer and the excess paper that has been cut can be removed, leaving you with your final product. A varnish is then applied to finalize the solidification of the object.

In addition to offering polychrome parts, Mcor’s technology has two distinct main advantages: The first is that using ink and paper as printing material reduces the overall costs of the parts. The second is the ecological footprint of printing.

Check out the video below to see Laminated Object Manufacturing in motion:

What do you think about 3D printing in color? Let us know by leaving a comment below!