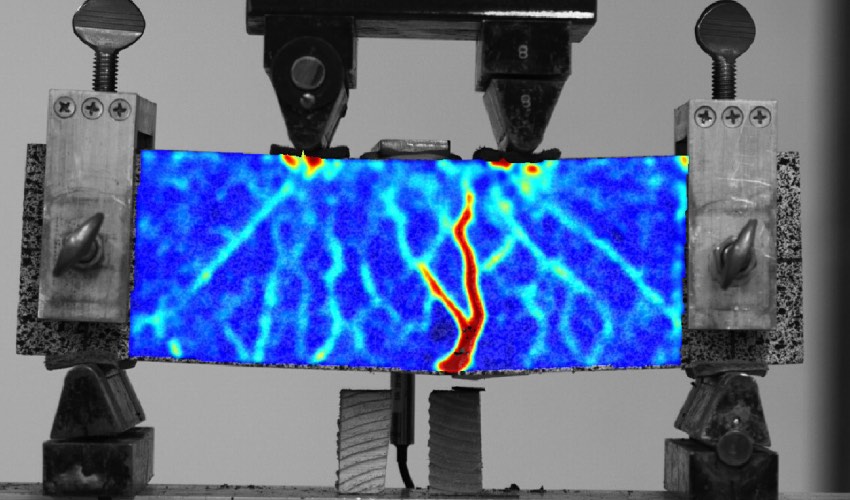 Concrete is one of the most widely used man-made building materials and one of the world’s most consumed substances, second only to water. It is cheap, abundant, and capable of heavy loads, but, it is also brittle and tends to crack. Therefore, concrete needs to be reinforced. Recently, researchers at UC Berkeley have developed a novel way to reinforce concrete with 3D printed polymer lattice structures – a way that improves concrete’s ductility while reducing the material’s carbon emissions.

In fact, engineers have been reinforcing concrete with polymer fibers for six decades, so the concept isn’t new in itself. However, the technique was different: fibers were typically mixed into concrete before it was poured, which meant the fibers were not  distributed evenly. As a result, one part of a structure would have a high concentration of fibers, while another had almost none, leaving a path for cracks to form. Enter 3D printing. The benefit of a 3D printed lattice reinforcement is that a series of trusses stops cracks before they grow too large. 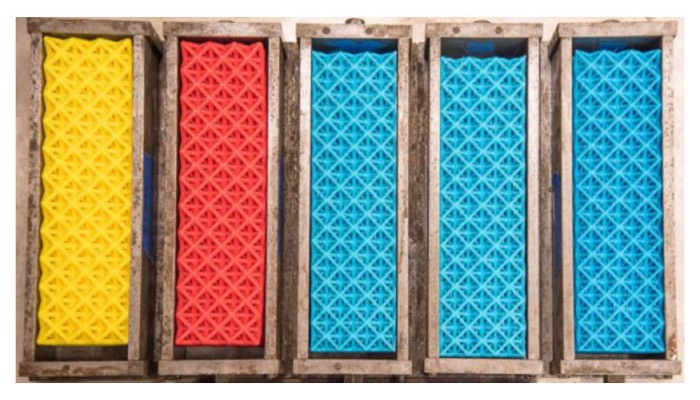 Previous lattice reinforcements were two-dimensional and had a limited capability to support complex concrete designs. So the researchers wanted to manufacture a 3D design that could support heavy loads from all directions. For that purpose they used the octet truss for the lattice structure. Popularized by the architect Buckminster Fuller in the 1950s, the octet truss is known for being strong but also light at the same time.

As for the reinforcing material, the team tested two different polymers: polylactic acid (PLA), which is easy to 3D print but more brittle than other polymers, and acrylonitrile butadiene styrene (ABS), which is tougher than PLA. The researchers discovered that switching from PLA to ABS made no significant difference in compressive tests, as all of the lattice-reinforced concrete samples scored high in strain density values. The engineers also experimented with the amount of lattice reinforcements used in the concrete. One sample was thinner, with the polymer making up 19.2% of a sample’s volume. The other made up 33.7%. But, the amount of polymer didn’t significantly change the structure’s overall mechanical properties – the samples with less polymer were just as tough as those with more.

Yet, there are some instances where larger amount of polymer does have significant benefits. Manufacturing cement, the main ingredient in concrete, produces 8% of the world’s carbon dioxide emissions. Reinforcement material makes up less than 5% of most concrete structures. So, increasing the amount of polymer and reducing the amount of concrete could cut down on a structure’s overall carbon emissions. You can learn more about the UC Berkeley method by reading the research paper, HERE.

The Berkeley team used a 3D printer to build octet lattices out of polymer, and then filled them with ultra-high performance concrete (UHPC).

What do you think about the innovative way to reinforce concrete with 3D printed polymer lattice structure? Let us know in a comment below or on our Facebook and Twitter pages! Sign up for our free weekly Newsletter, all the latest news in 3D printing straight to your inbox!