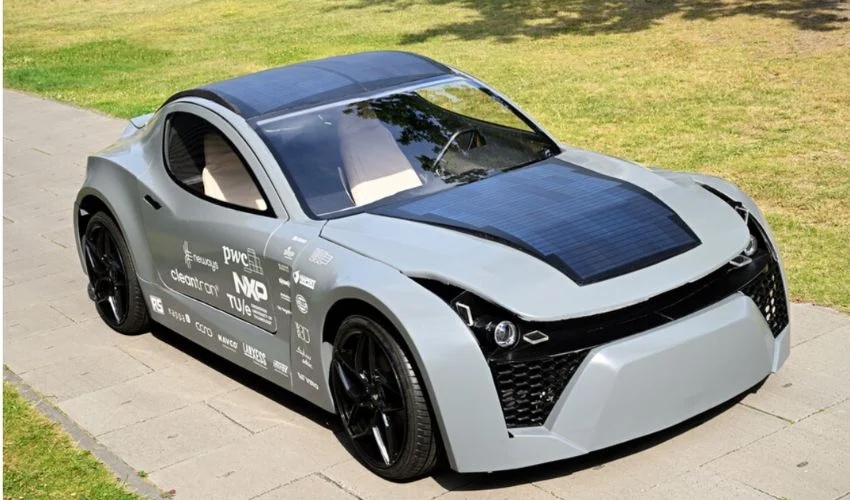 It is certainly no secret that additive manufacturing is playing a key role in the automotive sector. And now, a new car project from students at Eindhoven University of Technology (Netherlands) could be a new milestone in the industry. The special thing about this car, which bears the name ZEM, is not only that it was manufactured with the help of additive manufacturing, but it is also a zero-emission car.

Given all the discussions centered around global warming around the world, this project feels like it has been a long time coming. Especially considering that many of the CO2 emissions in the World are actually caused by cars themselves and these emissions have drastically increased over the past few decades. Indeed, in a study from the European Parliament, it seems that 60.6% of pollution is caused by passenger cars, followed by 27.1% by trucks and in third position with 11% by light commercial vehicles. And it is precisely for these reasons that the students of TU Eindhoven have focused on the production of a car that not only is less wasteful itself, but which will even clean the air. 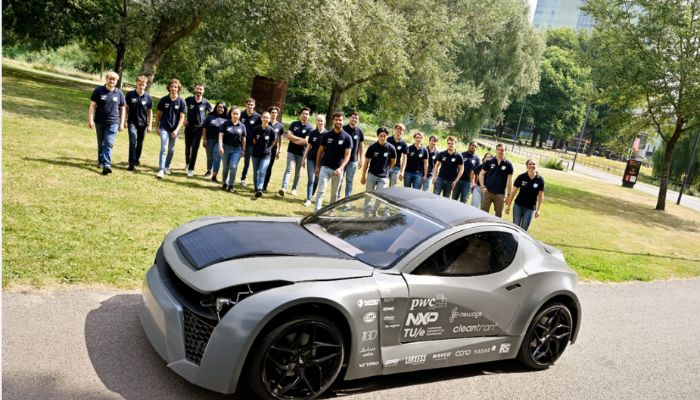 The Climate-Neutral Driving Revolution has Begun With ZEM

A car that captures more carbon dioxide (CO2) than it actually produces may sound surprising to some, but this is exactly what the student team has achieved with their prototype. ZEM – these three letters stand for Zero Emission Mobility and it bears this name rightly: thanks to a special filter, the car is able to clean the air in combination with the technology of direct air capture (DAC). The concrete procedure foresees that the absorbed CO2 is first stored and then neutralized and stored by the filter. However, ZEM is not only considered to reduce CO2 when driving itself, because the TU Eindhoven also aims for climate neutrality during production as well as after use. That this is indeed the case was proven by the life cycle analysis (LCA) carried out, which was successfully completed.

But the filter developed by the students themselves is not the only technology used. The bidirectional charging technology is also causing a stir: if it comes to the case that no renewable energy can be generated, the ZEM should be able to supply homes with energy. Simply imagine an external battery that supplies your home with green energy. This is possible because of the solar cells attached to the roof of the ZEM. This means that even when the car is at a standstill, it is still doing its part for sustainability.

Sustainability Was Not Possible Without 3D Printing

In order to be able to support the European sustainability goals, such as being the first climate-neutral continent in the world in 2050, the environmentally friendly factors of the ZEM already start with production. The students at TU Eindhoven state that additive manufacturing is the driving force for increased sustainability. All body parts were 3D printed, although no specific details were given on the technology used. However, the students did refer to the benefits associated with it. The focus of this was minimized waste, because thanks to AM, only the material that is actually used in the end is used. As for the material, they state that it is circular plastic that can be shredded and reused at the end of the car’s life cycle – another plus point in terms of sustainability!

But how does the car ensure its contribution to climate neutrality at the end of its life cycle? Well, additive manufacturing technology comes into play here as well. As already mentioned, the materials used here are recycling-friendly plastics that can either be recycled or reused in their entirety. This ensures that very few new materials need to be added to the lifecycle of a new car. To learn more about the ZEM car, click HERE.

What do you think of ZEM? Let us know in a comment below or on our LinkedIn, Facebook, and Twitter pages! Don’t forget to sign up for our free weekly Newsletter here, the latest 3D printing news straight to your inbox! You can also find all our videos on our YouTube channel.