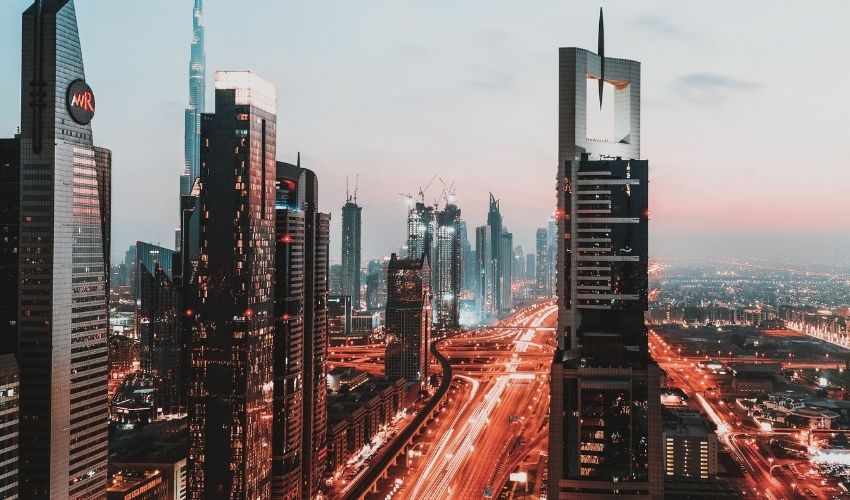 For the past few years, it has been clear that 3D printing is growing more mainstream as a technology. Now, that acceptance in the United Arab Emirates (UAE) has become clear thanks to a recent YouGov survey. It found that out of sixteen emerging technologies, UAE residents believed that 3D printing would bring the most benefit to society and was the number one chosen for technology they felt the government should invest in.

For those who have not heard of it, YouGov is an international online research data and analytics technology group. With operations in the UK, Americas, Europe, Middle East, India and Asia Pacific, the group claims to have one of the world’s largest research networks. For this particular survey, they chose to focus on the UAE as it has become in their words “one of the world’s leading hubs for technological advancement.” Data was collected online from 1,005 respondents between May 12th-19th. Though of course not necessarily representative of the entire UAE, these type of sample polls are supposed to reflect the broader trends in society. The respondents were asked questions about attitudes towards and knowledge about cryptocurrency, virtual reality (VR), self-driving cars, 3D printing, artificial intelligence (AI), blockchain, metaverse, NFTs, augmented reality, artificial organs, personal space travel, gene editing technology, lab-grown meat, quantum computing, implantable brain-machine interfaces (BMIs) and decentralized autonomous organization (DAO). 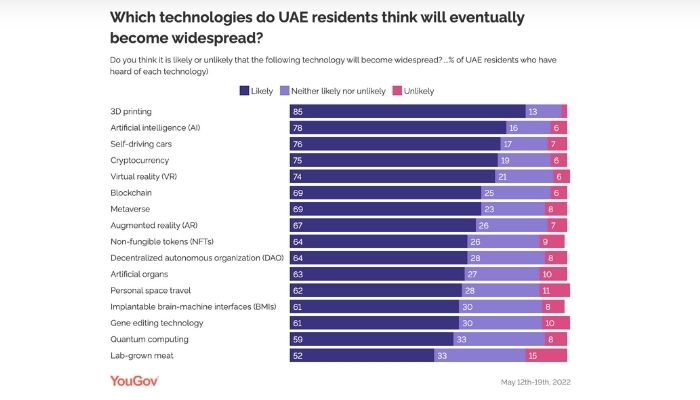 How Do UAE Residents Feel About 3D Printing?

As you can see in the image above, 3D printing was actually not the technology that most UAE residents were familiar with. Perhaps unsurprisingly that honor went to cryptocurrency with 50% of respondents saying they knew a lot about the technology, 36% claiming to know a little and only 14% knowing nothing at all. That being said, 3D printing was not far behind. 44% of respondents knew a lot about 3D printing, 47% knew a little and only 9% said they knew nothing at all, making it actually perhaps slightly better known than cryptocurrency. However, in all the other categories, 3D printing took first slot.

Notably, when it came to technologies that UAE residents thought would benefit society and that would become widespread, 3D printing was the number one chosen. Of those who had heard of 3D printing, 85% found it likely to become widespread with only 13% on the fence and 2% finding it unlikely. The runner-up, artificial intelligence, had only 78% of respondents believing it was likely to become widespread. Meanwhile, in terms of technologies that would be good for society, 3D printing was named by 83% of respondents as good as can be seen below. 10% were unsure and only 7% thought it would be bad. In contrast, to AI which had the next largest percentage of “good” votes, 3D printing clearly took the lead, showing its relevancy and importance in the UAE. 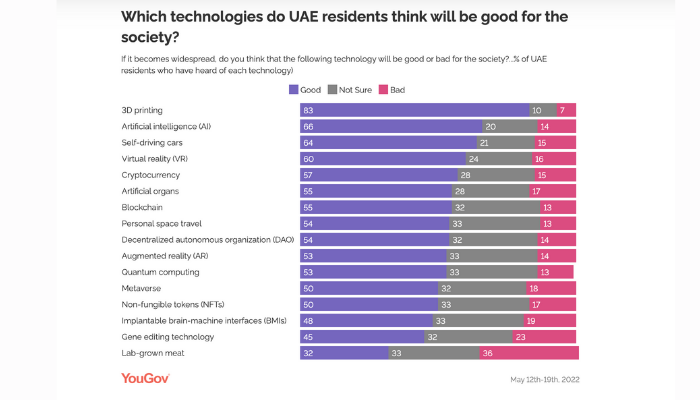 Finally, when asked the question “which technology do UAE residents feel the government should invest in?” over half (52%) believed it was very important to invest in 3D printing. This actually is something that the government already seems to agree with. Previously, there have been a number of 3D printing construction projects in the UAE including a plan to use 3D printing for road maintenance. Indeed, the government launched the Dubai 3D Printing Strategy in April 2016 with the goal of putting Dubai as a leading hub of 3D printing technology by 2030. In the most recent projects supported by the government, medical 3D printing has been growing in interest with artificial limbs and teeth being targeted in the coming years. In any case, this survey clearly shows that the influence of 3D printing is only growing as more and more people are recognizing its benefits in a variety of sectors. You can find out more about the results HERE.

What do you think about the UAE resident’s confidence in 3D printing? Let us know in a comment below or on our Linkedin, Facebook, and Twitter pages! Don’t forget to sign up for our free weekly Newsletter here, the latest 3D printing news straight to your inbox! You can also find all our videos on our YouTube channel.