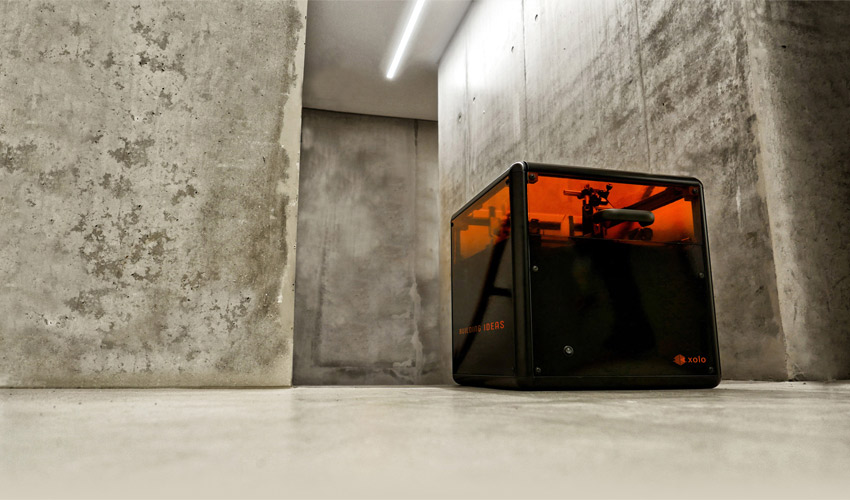 German startup Xolo has just unveiled its new 3D printer, called xube, which is based on volumetric additive manufacturing, a much faster method than traditional resin processes. xube is said to be able to construct parts of the smallest size in just 20 seconds and parts of the largest size in 5 minutes. This speed is directly related to the technology used: Volumetric 3D printing, here called Xolography, is not based on the typical laser process (SLA) that hardens the resin layer by layer to form the part. Rather, it projects a pattern into a tray filled with transparent photopolymer resin several times from all angles. For now, xube is just a research tool, but who knows, it may soon be commercialised if the results are satisfactory.

Volumetric 3D printing could become a manufacturing process of the future because of its speed. According to the manufacturer, It is a method that allows a part to be created in one go, as opposed to the methods known today, where the part is created layer by layer. In this case, a 3D model is broken down into images from different angles, which are then projected into the resin container. These images hit the resin at specific points to form the desired part. Today, some institutes, universities and manufacturers are interested in volumetric 3D printing, but these are only research projects for now. Xolo aims to bring this technology to the market. 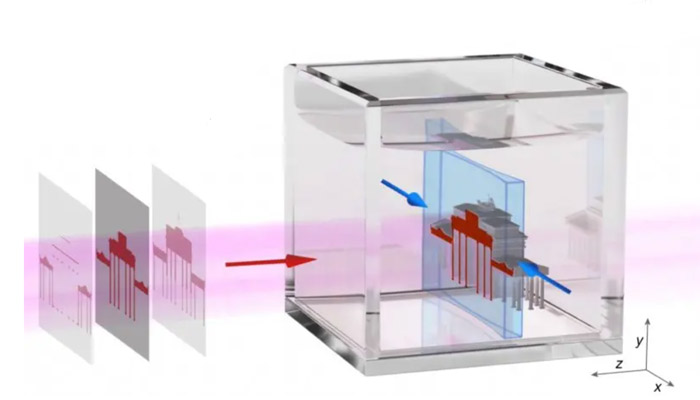 How does the xube 3D printer work?

The German manufacturer has developed xube, based on Xolography. Specifically, it is based on two types of light energy that react differently when in contact with the resin used. The process projects “arcs” into the resin tank, a projection carried out at different angles. Therefore, a first beam of light is projected through the resin and activates molecules called two-colour photoinitiators. Then the second light is projected, causing the resin to photopolymerise where the molecules have been activated. The projection is then moved to a new position, and the process begins again. In fact, the X in the Xolography is reminiscent of this intersection between the two light sources.

In terms of machine characteristics, the print volume remains quite limited (50 x 70 x 90 mm), which is not surprising for a resin 3D printer. The printing speed offered is particularly interesting: according to Xolo, their xube could produce small parts in just 20 seconds and larger structures in 5 minutes. In comparison, it usually takes more than an hour to produce a part on a conventional resin 3D printer – depending on its size. In terms of applications, the machine would be ideal for producing parts in a hurry, but also very precise structures, whether for medical (especially dental applications) or design applications (decoration, art, etc.). 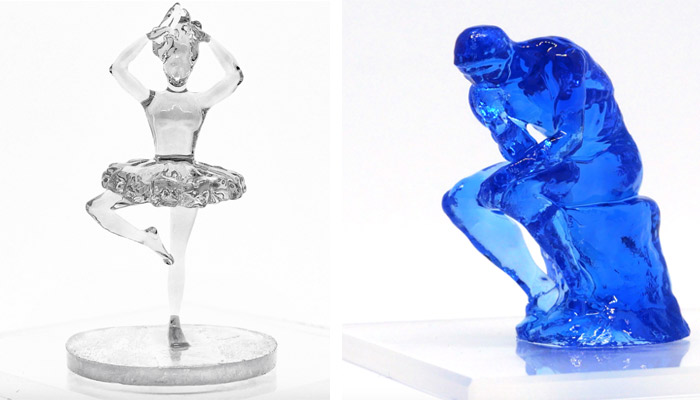 It is not yet known if and when xube will be launched. If it is, it would become the first volumetric 3D printer accessible to all. In the meantime, you can find more information on the startup’s website HERE. What do you think of this 3D printer? Let us know in a comment below or on our Facebook and Twitter pages! Sign up for our free weekly Newsletter here, the latest 3D printing news straight to your inbox!