3D printing news Business What are the benefits of 3D printing?

What are the benefits of 3D printing? 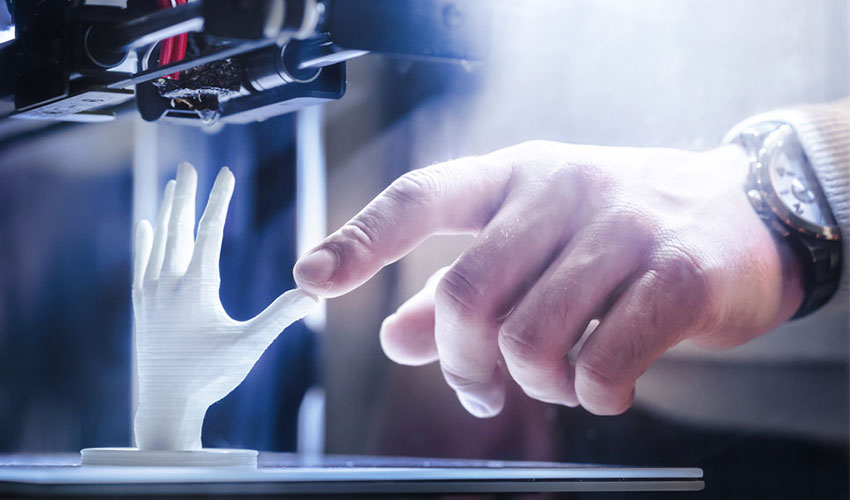 What are the benefits of 3D printing? And why use it? A question with a seemingly obvious answer, since the media, companies as well as the general public seem to associate this technology with the 4th industrial revolution. There are more and more actors integrating and applying the technology every day, adding originality in varied sectors such as aeronautics, medical and jewellery. Suggesting a great variety in the advantages of 3D printing.

But to what extent should a company include it in its manufacturing process? How will a company benefit from its adoption? In order to fully understand the use of this technology, we wanted to explain in simple terms the main advantages of 3D printing.

1. A reduced cost for small series

The first point that comes to mind when we talk about the advantages of 3D printing is the economic aspect. By using fewer materials by definition in comparison to subtractive technologies (such as miling a piece of wood and creating some waste), by simplifying assembly but also by shortening the whole supply chain, 3D printing offers a cost of production that can be lower compared to other manufacturing processes.

In addition, additive manufacturing (the other name for 3D printing) involves a constant production cost per part, resulting in almost zero economies of scale. Although this last point could be seen as a disadvantage, it is also safe to assumes that some companies will prioritise this technology to produce custom parts or small series when the production does not exceed a certain amount. In such cases making it an advantage of 3D printing. 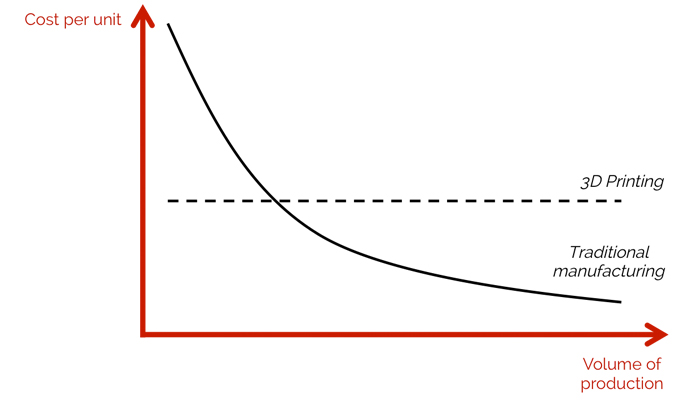 The graph above illustrates the difference between 3D printing and traditional manufacturing in terms of number of units produced. Thanks to 3D printing, a company no longer has to manufacture a product in large quantities to make it profitable. This technology allows for the making of unique parts or small runs being profitable, offering a less risky bet to startups and SMEs wishing to enter new markets through the advantages of 3D printing.

Although 3D printing of a part can take a few hours, it is a rather fast method of production taking the whole product lifecycle into consideration; shortening in some cases the process from a few months to only weeks.

By integrating 3D printing, a company can quickly design a prototype on its own, instead of outsourcing that step and having to wait a few days for a new iteration of its concept. Of course, this integration has a cost, but it finally allows to gain agility throughout the design phase and ultimately accelerates the marketing of the product. A trend that has given birth to the concept of “Rapid Manufacturing”, one of the first names given to 3D printing in the 90s. 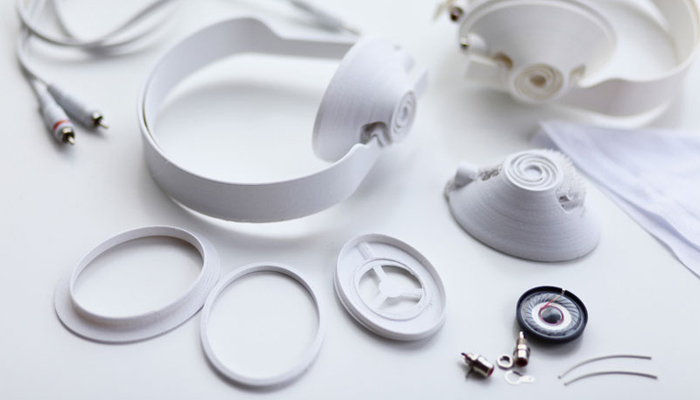 “Additive manufacturing makes it possible to test innovations very quickly and at a lower cost. We are no longer in a project management type “Waterfall”, that is to say where everything is planned in advance, with inevitably his lot of unforeseen that come to question everything, but in an iterative approach much more agile” Théophile Guettier, Additive Manufacturing specialist at Bosch

Other specificities of the technology also contribute to making it a “fast” technique, such as the possibility of simultaneously printing several very varied objects on the same printing plate, like an architecture model, an anatomical scan of a patient and a mechanical part of a machine. But, also the idea of being able to create a functional or complex model in a single step, thus avoiding chronophagous assembly steps are arguably some of the greatest advantages of 3D printing.

3. An improved freedom of shape

One of the major innovations that has emerged thanks to 3D technologies is the ability to print parts of great geometric complexity. Parts that were unthinkable to manufacture with traditional technologies are now a piece of cake for any 3D printer.

No need to adapt to the technical constraints of the manufacturing tool to conceive a 3D model, it opens up for a new field of possibilities for designers and other 3D modelers, who can now imagine all the drawings going through their head as entangled pieces, in unassembled forms, or meshes inspired by nature. A technological opportunity that has also seen the emergence of new 3D design methods. 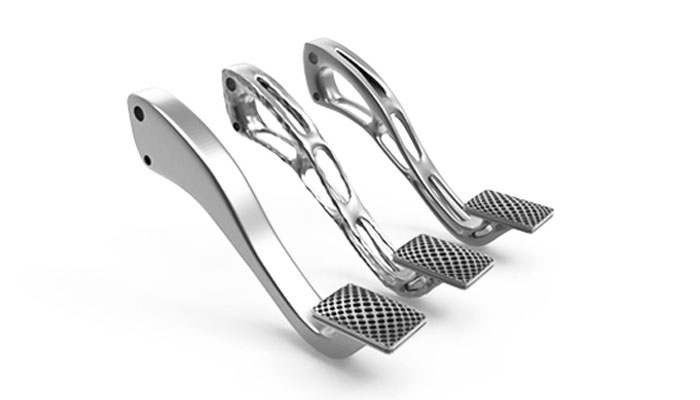 Among these new techniques, we find the topological optimisation software, allowing as the name suggests to optimise the design of a part according to the mechanical constraints of its own. The goal? Reduce excess material to reduce production and usage costs. A criterion that makes sense for applications whose weight is of paramount importance such as in the aerospace sector or motor racing.

Other concepts, such as generative design that relies on bio-mimicry, or the creation of latticed structures to strengthen parts using light and strong meshes, also contribute to the design revolution initiated by the development of 3D printing.

Among the pioneers of this movement are companies such as Airbus with a bionic design aircraft concept, XtreeE with the construction of a concrete pavilion inspired by nature or the American studio Nervous System in the field of jewellery. Originally designed on a computer, each jewel of this studio is unique, personalised and looks like corals. 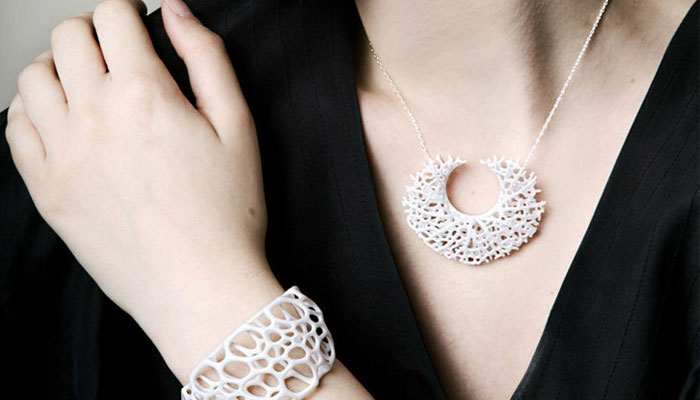 The jewels of the American studio Nervous Systems inspired by nature

4. The rise of on-demand production

A last remarkable point concerns the digitisation of industrial catalogs. In a few years time, the products could possibly be reduced to simple digital files with the ultimate goal of ending inventory management. A trend confirmed by a study conducted by the Finnish MTB research center which explained that at least 5% of the spare parts could already be digitised and printed in 3D.

Large groups such as Boeing, SEB, Volvo and Volkswagen are embarking on such initiatives to provide customers with access to digital versions of their parts being cataloged. Other initiatives such as Boulanger in France, with their platform Happy3D, want to offer individuals to directly download spared components of their appliance, surfing the fight against planned obsolescence.

More generally, it is the emergence of on-demand production, driven by the development of the internet and formalised by the latest advances in 3D printing. Every order of a 3D printed part works in just one flow. At the end of the day, creating profound changes in the supply chain of many industries. It opens the way to the mass customisation of many consumer goods, whether toys, shoes, lingerie or headphones, and many other examples can be found. Dozens of startups have understood and are now starting their business at lower costs. As in the revolutions of the music and cinema sectors, the giants of the sector will have to adapt quickly or risk leaving their place to the shoots of 3D printing. 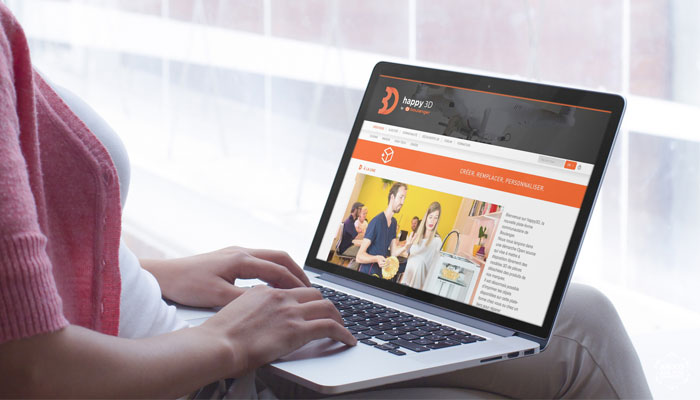 To go further, we invite you to read the papers of Thierry Rayna, professor at École Polytechnique in France, who has been interested for several years in the impact of 3D printing on business models. One of his papers entitled “Will the industrial revolution of 3D printing take place?”, which inspired our article here, summarises the 3 reasons that should push a company to use this technology: ” when there is urgency, when the volume of production is low or when the shape of the object is such that it can not be manufactured using other technologies “. He finally concluded by advising to study the potential synergies between 3D printing and other innovative technologies such as connected objects, bio-mimicry or Big Data to further expand the spectrum of applications.

Do you have anything to add about the advantages of 3D printing? Let us know in a comment below or on our Facebook and Twitter pages! And remember to sign up for our free weekly Newsletter, to get all the latest news in 3D printing send straight to your inbox!