3D printing news News Which Filament Should I Choose for My 3D Printer?

Which Filament Should I Choose for My 3D Printer? 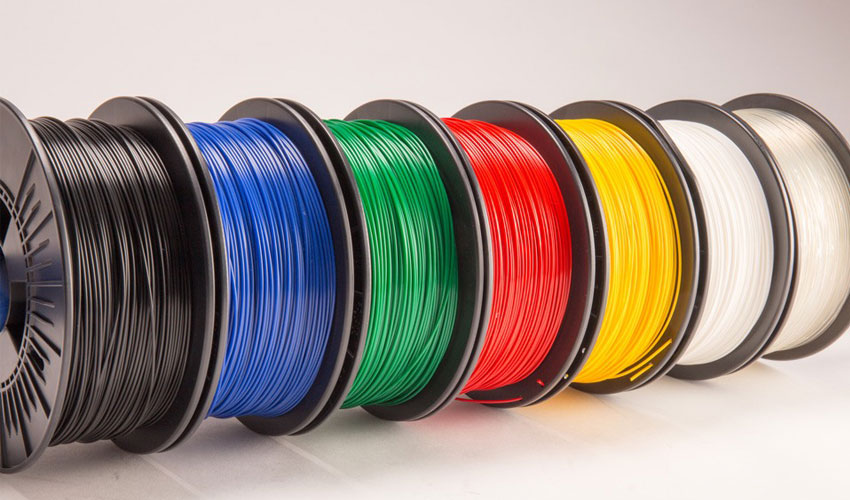 Fused deposition modeling (FDM) is one of the most widely used 3D printing processes on the market due to its ease of use, accessibility and performance. It is known especially for its compatible with a variety of thermoplastics, i.e. materials that are able to soften under the effect of heat but return to their initial shape when they cool down. In order to be extruded by the 3D printer, these thermoplastics are transformed into a filament that can then be driven and melted by the extruder. Today, most plastics in the industry can undergo this transformation, thus expanding the field of possibilities. But how do you choose your filament for your 3D printer? What characteristics need to be taken into account?

Before moving on to the different filaments that exist in the additive manufacturing market, it is important to understand how plastics are classified, a crucial first step that will help you to better understands the materials available and their characteristics. Today, there are so-called amorphous or semi-crystalline plastics: these adjectives define the intermolecular structure of the polymer, based on how they react when they solidify following a fusion. Specifically, the chains of amorphous plastics will become entangled and remain disordered during the solidification phase. Conversely, the chains of semi-crystalline plastics will organize and arrange themselves in relation to each other. From this will result different properties; amorphous materials for example are generally more transparent and have a lower dimensional stability. Finally, another important point that orders the family of plastics is the melting temperature: standard plastics will have a lower temperature than the so-called technical materials. High-performance polymers, on the other hand, require more advanced thermal management, with melting temperatures close to 572°F (300°C). 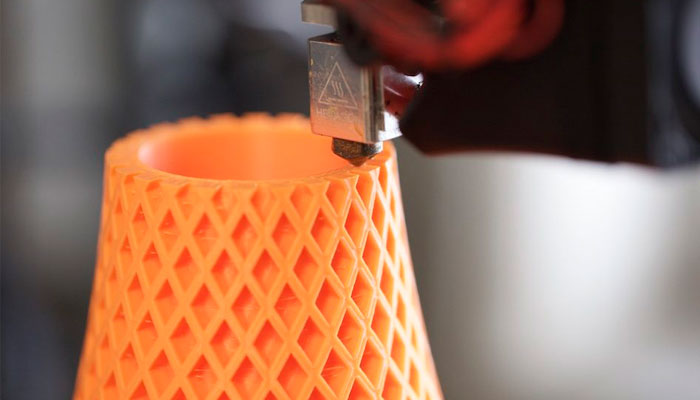 FDM is one of the most widely used processes in 3D printing. It is compatible with plastic filaments.

PLA, or polylactic acid, is a semi-crystalline material derived from renewable resources – usually corn starch. Unlike most plastics from the petroleum industry, PLA is considered greener because it is biodegradable under the right conditions. It is a very easy to use this 3D printer filament, which is why it is very popular in the 3D printing market. Compatible with food contact, its extrusion temperature is usually 180°C. It has good geometric stability and is generally not subject to warping. It is mainly used for prototyping, tooling, decorative parts or in the medical sector. PLA is available in a variety of colors and is often used as a matrix for composite materials.

PP is one of the most widely used materials in plastic injection molding, known for its lightness, resistance to chemicals and fatigue and good electrical insulation. It is also found in the form of filament for 3D printers, offering good impact resistance, gas tightness and semi-rigidity. Note, however, that it is quite difficult to print since it does not adhere to the plate. It has very precise melting points and requires excellent thermal management. In terms of applications, PP filament is best used for packaging, clips and fasteners, liquid containers, etc. 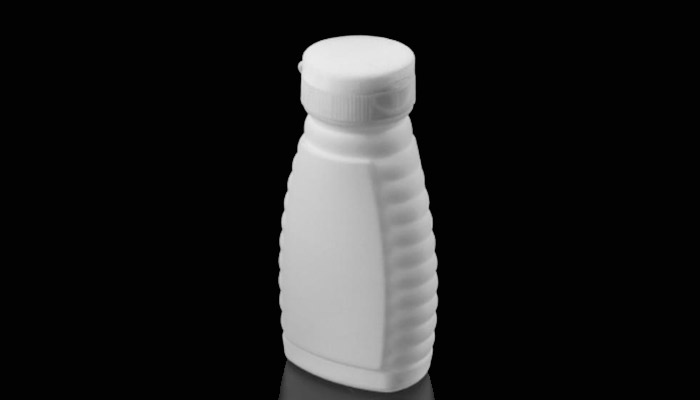 A 3D printed part made with PP (photo credits: Materialise)

This time we move on to an amorphous structure: ABS is a filament known for its resistance to low temperature shocks and its lightness. It is not always easy to classify this material: it is sometimes in the technical part of the pyramid and is less easy to process than PLA for example. In 3D printing, it is subject to warping, requiring the use of a heating plate. Its properties make it an ideal material for the production of functional prototypes, tooling parts that are often solicited or in the manufacture of molds. ABS remains an affordable 3D printer filament, with a wide range of options.

The last in our list of standard 3D printing filaments is one that is difficult to put in just one category. Over the past few years, biodegradable filaments, or filaments that will naturally degrade over time, have become more popular as a way to address waste within the 3D printing industry. These filaments can take many forms often consisting of mixes with PLA (which by itself can only be biodegraded under certain conditions) or of all natural materials like algae. One example we can point to for the former is NonOilen from Fillamentum. This filament is one of the top performing, with properties similar to PLA, as it is a blend of polyactic acid (PLA) and polyhydroxybutyrate (PHB), a polymer which is both bio-derived and biodegradable. Fillamentum notes that NonOilen can be fully degraded into water and carbon dioxide at the end of its life cycle. In addition, for those who may not have composting capabilities, Fillamentum offers a program allowing for users to return the filament for recycling and to be reused.

Nylon, also known as polyamide (PA), is more prevalent in the additive manufacturing market in powder form for SLS technology. However, it can be found in filament form, available with 6 carbon atoms, hence PA6. The latter is similar to ABS, also requiring a hot plate because its adhesion is not the best. PA6 is known for its resistance to impact and abrasion as well as its flexibility. It has a fairly long life, ideal for the production of parts such as hinges, machine components and tooling. It can be reinforced with carbon or glass fibers. Note that nylon is a moisture-absorbing material, so storing it in a dry place is important. 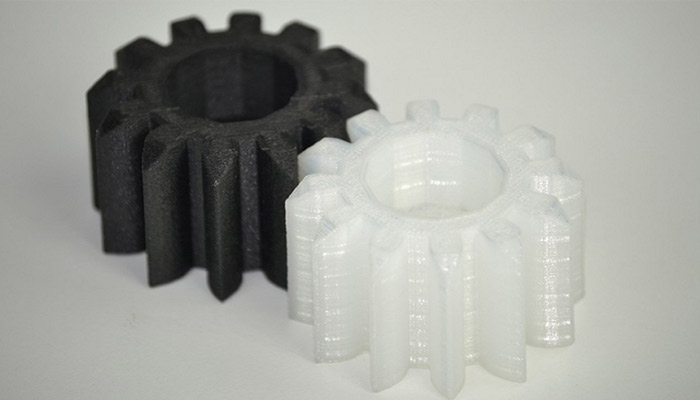 Humidity control is paramount when it comes to PA6 (photo credits: Sharebot)

PET is a well-known material in the industry as it makes up today’s plastic bottles. In 3D printing, it is best known in the form of PETG, that is, with the addition of glycol to reduce its brittle appearance. It is primarily known for its transparency and compatibility with food contact. For example, many packages and containers are printed with PETG. It is a good alternative to PLA or ABS.

Polyoxymethylene, or POM, is a semi-crystalline material that is becoming increasingly popular in 3D printing. It has excellent chemical properties, is resistant to heat, impact and abrasion and has good sliding properties. POM can be used to 3D print a variety of applications such as backpack buckles, components that need to withstand heat over time, or gears. It is a filament that remains quite difficult to print, however, because it requires good thermal management – platen, extruder and chamber. Also note that there are few manufacturers of this type of 3D printer filament compared to materials like PLA or ABS. 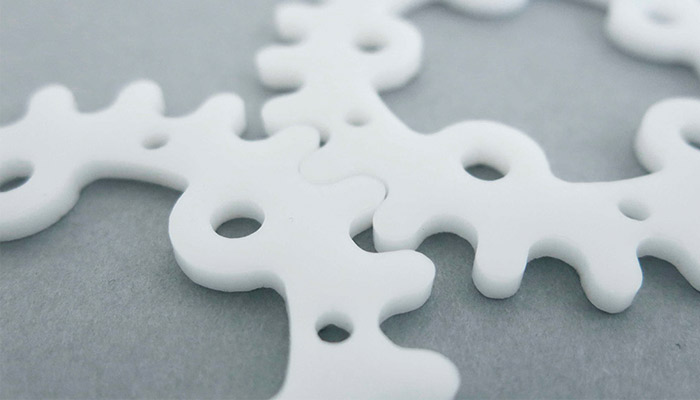 Polycarbonate (PC) is primarily used for its strength and transparency. It is not an easy thermoplastic to print with because it requires higher extrusion temperatures and a heating plate. It is particularly popular in the optical industry because it is less dense than glass and can withstand temperatures ranging from -238°F to 284°F (-150°C to 140°C). Typically, protective screens or optical parts can be 3D printed with polycarbonate. In any case, this 3D printer filament is becoming increasingly common in the range of products offered by manufacturers in the sector.

This last category of polymers is known to be more demanding: the thermoplastics in it require high melting temperatures and have characteristics that are close to those of certain metals. In additive manufacturing, these are filaments that will need a high extrusion temperature, a heating plate and a closed enclosure. Thermal management is crucial for this type of material. 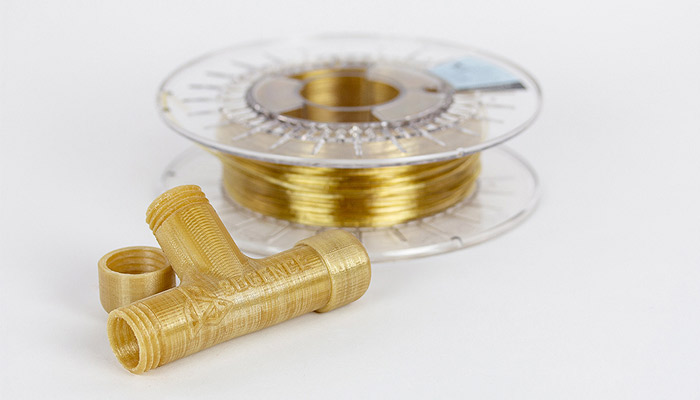 PEEK is probably the most common 3D printer filament in this category. Belonging to the PAEK family, it requires an extrusion temperature of about 752°F (400°C), a plate that can reach 446°F (230°C) and an enclosure heated to 248°F (120°C). PEEK is known for its weight/strength ratio and can withstand high temperatures. It can be sterilized, which makes it the material of choice for printing custom implants. It is a filament for 3D printers that remains demanding, requires a certain mastery of the 3D printing process and remains quite expensive.

PPS is also a high performance semi-crystalline thermoplastic, known for its chemical resistance and mechanical properties. It is mainly used in the automotive, oil & gas and electronics industries. Its extrusion temperature is more around 572°F (300°C); it also requires a heating plate and a closed chamber. 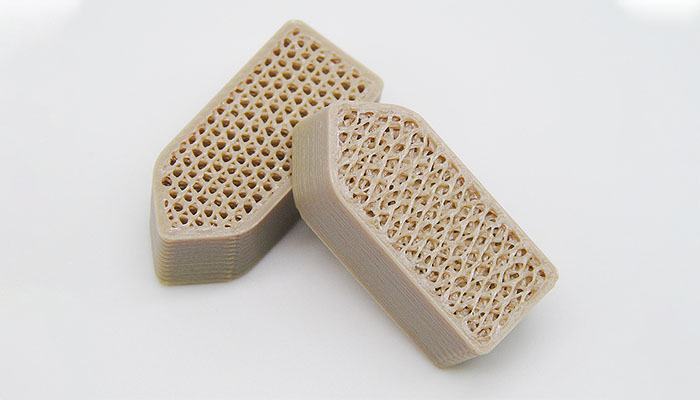 In this category, we can first mention PEI, a filament for 3D printers now marketed by SABIC under the ULTEM brand. Less expensive than PEEK, it meets fire/smoke standards, making it an ideal material for the aerospace sector. PEI is also resistant to automotive fluids, hydrocarbons, alcohols and aqueous solutions. It can be sterilized and is compatible with food contact.

Finally, we cannot forget the family of sulfones, in particular PPSU and PSU. These are very interesting thermoplastics in terms of thermal properties and fire/smoke characteristics. They also have good electrical insulation and dielectric properties. They are popular materials in the transportation industry, including rail, aerospace and automotive. 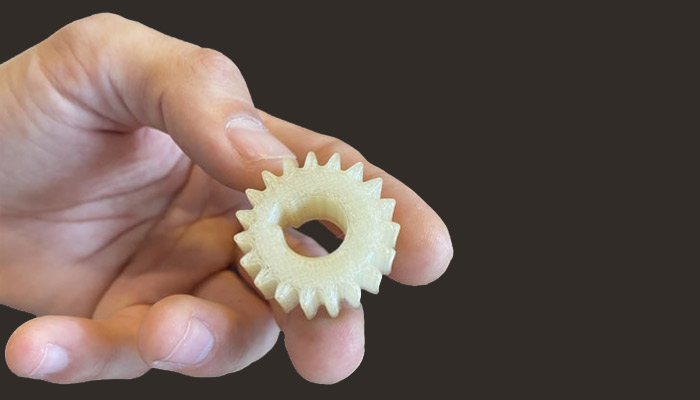 Finally, it is important to mention composite filaments and elastic materials. Composites are materials composed of a matrix – PLA, nylon, polycarbonate, etc. – and reinforced with fibers, most often carbon. Glass, aramid, etc. can also be used. These will increase the strength of the filament while optimizing its weight. There are different methods of placing the fibers, though usually they are more or less long.

Finally, flexible filaments like TPU are part of the FDM material offering. These are flexible materials known for their wear and impact resistance. They are particularly interesting in the production of clamps or orthopedic insoles. However, they are sensitive to high temperatures. 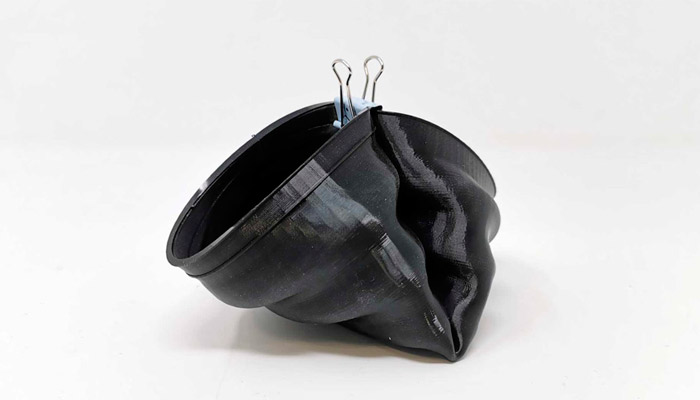 Which filament for 3D printing do you use? Let us know in a comment below or on our Facebook, Twitter and LinkedIn pages! Sign up for our free weekly Newsletter here, the latest 3D printing news straight to your inbox!