3D printing news News What Are the Current Anycubic 3D Printers on the Market? 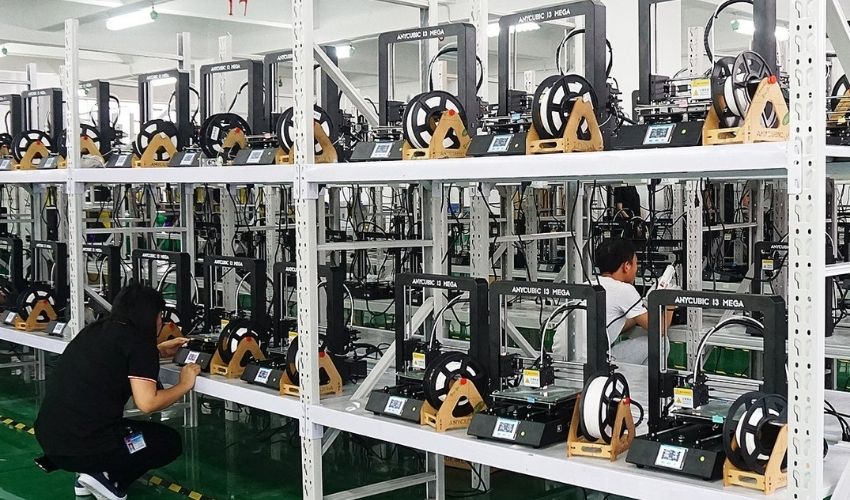 Over the past few years, we have seen an increased “democratization” of 3D printing. That is to say, increasing numbers of manufacturers have been coming on the market with cheaper machines, making the technology more accessible to more people worldwide. One of these manufacturers that is offering more affordable desktop machines is the Chinese company Anycubic.

Founded in 2015, Anycubic has become a popular choice especially for 3D printing hobbyists thanks to its various 3D printing desktop solutions, both in resin 3D printing and FDM. Though the company currently offers about 12 printers, we decided to take a closer look at some of their popular offerings to understand better what distinguishes them. 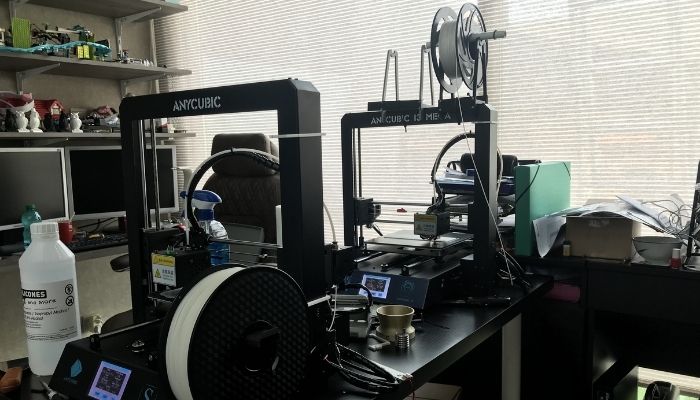 The Photon series is Anycubic’s resin 3D printing desktop option and with printers starting at only $99, it is certainly affordable for people looking for a reliable printer that can make high-detail parts. Consisting of about 7 printers currently, the machines use an LCD-based SLA 3D printing method, meaning that it cures resin using an LCD screen. This technology is known for creating parts quickly with high precision. Here are some of the top printers out of the Photon series.

If we are talking about the Photon range from Anycubic, we would be remiss not to mention the base model, the Photon Mono. Usually starting at $269, this printer is often on sale. Currently, you can get it for $159 just in time for the holidays.The build volume on the printer is 130mm(L）*80mm(W）*165mm(H) and it has an resolution of 0.051mm 2560*1620 (2K), perfect for  those who want more intricate designs. With a max printing speed of 50mm/h, it is by no means the fastest of the series but a good base model for someone who is looking for a solid SLA machine. 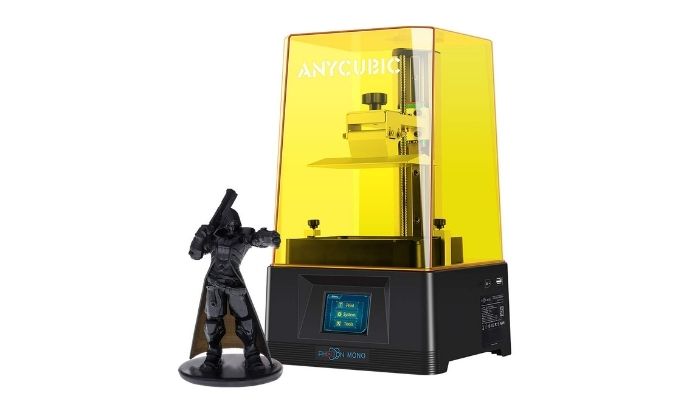 Compared to the Photon Mono, the Mono X is certainly more expensive with a current sale price of $429.00. However, it is undeniable that you get what you pay for with those extra dollars. The Mono X is larger than the Mono, with a building volume of 192mm(L)*120mm(W)*245mm(H) and a printing speed that is 3X faster than its predecessor. Adding onto that, the machine also has a new matrix light source for higher-quality prints, a UV cooling system and even a dedicated app for remote control of your prints. It is this last point that is certainly interesting for many users, as it would them to control print operations, monitor printing progress, adjust print settings and more all remotely for ease-of use. 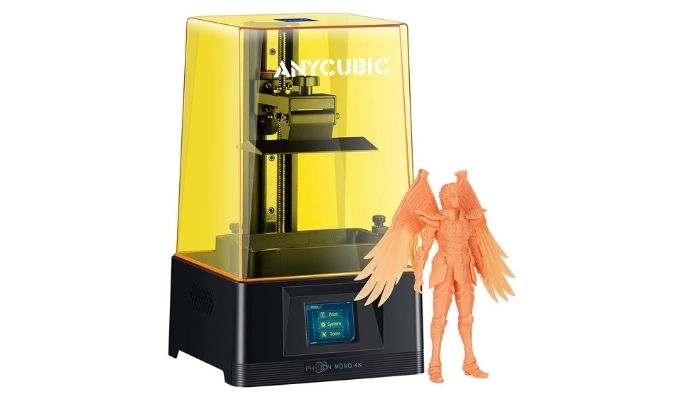 Some of Anycubic’s FDM Solutions

Anycubic is also known for its FDM printers, namely its popular Mega series. These printers are notable for their affordability, though that is also connected to the fact that they all have an assembly component involved. Though none of them could be considered completely DIY 3D printers, they are shipped with certain parts not assembled together and with instructions for the user. However, for some skilled in this type of work, or who wants to learn, the offset costs certainly make it worth it. The FDM printers might also be interesting for those who need a larger build volume as most of the current solutions are larger than their SLA counterparts. Let’s take a closer look at some of the top FDM printers currently being offered by Anycubic.

Currently consisting of 5 printers, the Mega Series is Anycubic’s range of FDM printers. Undoubtedly one of the most popular is the Mega X, notably for its high build volume, 300x300x305mm and filament sensor which allows users to avoid costly print failures. It also has a number of interesting features including easier leveling thanks to a convenient knob, a dual screw rod and a powerful extruder. As for the other printers in the range, they share many of these features though Mega X is the largest of the series. However for someone wanting a high quality printer that might be cheaper and smaller, there are plenty of options within the series including the Mega Pro, i3 S and more. And as with the Photon range, Anycubic notes the possibility for high quality, accurate printing thanks to a high printing resolution. 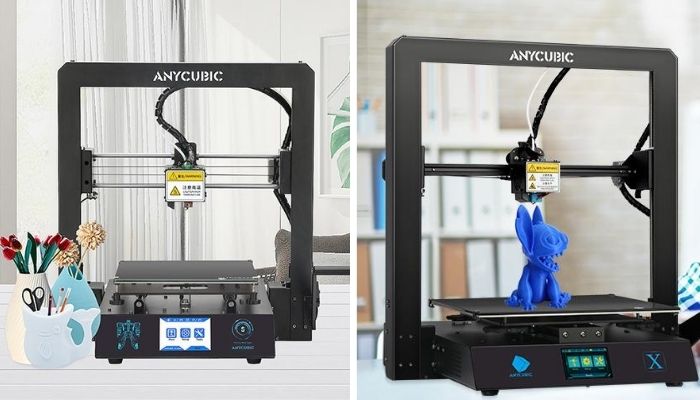 One desktop FDM offering from Anycubic that does not fall under the mega range is the Vyper. This auto-leveling 3D printer is eqipped with a new 32-bit motherboard and a high-performance Cortex -M3 architecture main control chip for what the company claims to be a faster computing speed and smoother operation. Generally, this printer has been optimized by the company to be easier to use and to have less print failures. Though it is a bit more expensive than some of the other printers offered by Anycubic, starting at $329.00, it makes up for it in accuracy and its silent 3D printing, which makes it ideal for a home or office.

Last but certainly not least, Chiron is Anycubic’s largest printer, with an impressive volume of 400x400x450mm. The printer offers many of the same features as other FDM solutions from the company including a filament sensor, user-friendly touchscreen and high quality extruder while being significantly larger for only a slight uptick in price, $379.00. It is compatible with PLA, ABS, HIPS, Wood and TPU thanks to an extruder temperature of up to 260ºC.

Do you own an Anycubic printer? Which one would you suggest? Let us know in a comment below or on our Linkedin, Facebook, and Twitter pages! Don’t forget to sign up for our free weekly Newsletter here, the latest 3D printing news straight to your inbox! You can also find all our videos on our YouTube channel.