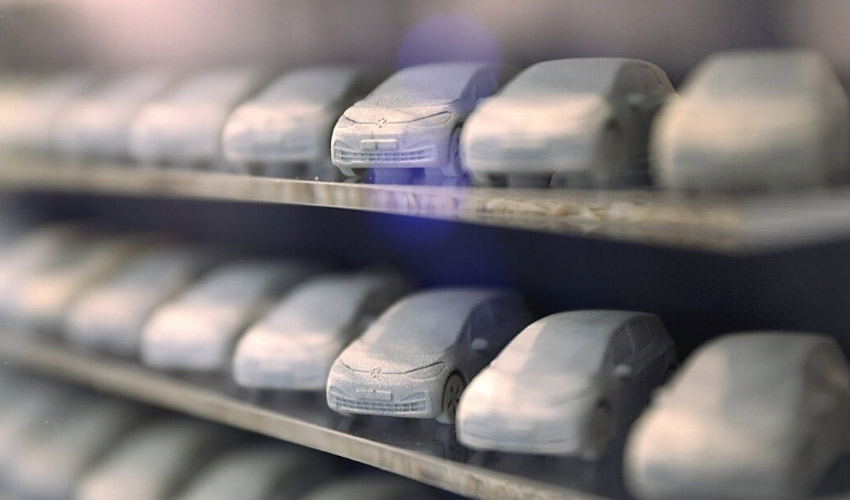 In December 2018, carmaker Volkswagen announced the opening of a dedicated additive manufacturing center at its main production site in Wolfsburg specifically to test HP’s technology. The German company is now integrating the metal binder jetting process, with the goal of producing 100,000 finished parts per year by 2025. This makes the company the first automotive manufacturer to use this technology in its production process, as its competitors are more likely to use laser powder bed fusion. By integrating this new process, the company will be able to produce components that are up to 50% lighter than those made from sheet steel. The company is also taking advantage of the opportunity to sign a software partnership with Siemens.

Volkswagen has been using additive manufacturing for about 25 years. Initially used for rapid prototyping purposes, it quickly evolved into the production of finished parts and various components, from dashboards and bumpers to door skins. Its Wolfsburg plant now consists of 13 units that leverage the advantages of plastic and metal 3D printing. On the metal side, the automobile manufacturer makes brackets, radiators and intake manifolds. So far, more than one million parts have been 3D printed, a figure that is expected to continue to grow over the next few years. 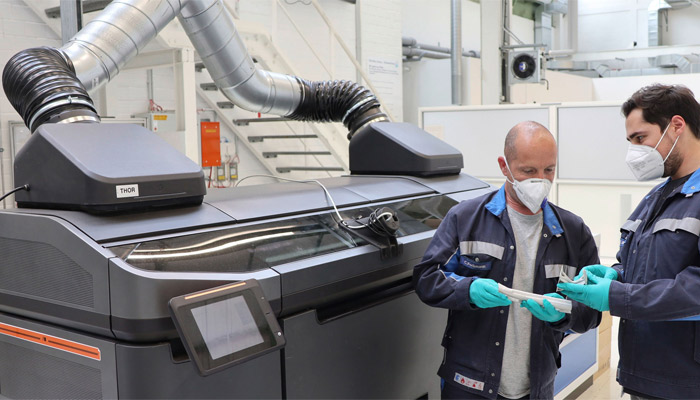 By using HP’s binder jetting technology and machines, Volkswagen intends to produce lighter, cheaper parts and increase productivity. An investment of several million euros has been made over the past five years to support this objective.  Christian Vollmer, member of the Volkswagen management board and responsible for production and logistics, adds: “Despite the ongoing challenges of the coronavirus pandemic, we’re continuing to work on innovation. Together with our partners, we aim to make 3D printing even more efficient in the years ahead and suitable for production-line use.”

For now, the carmaker has tested the new process by creating components for the pillar of its T-Roc convertible. According to the company, they weigh 50% less than those made of sheet steel. The parts were sent to Osnabrück, a center dedicated to the production of convertibles and small series, for certification.

Partnerships to test the technology

Volkswagen has also announced a software partnership with Siemens: together they are working on optimizing positioning of parts on the building plate. This technique, known as nesting, can significantly increase productivity. Cedrik Neike, member of the board of Siemens AG and CEO of Digital Industries, explains: “We are very proud to support Volkswagen with our innovative 3D printing solutions. Our automation and software solutions are leading in industrial production applications. Using this technology, Volkswagen will be able to develop and produce components faster, more flexibly and using fewer resources.” 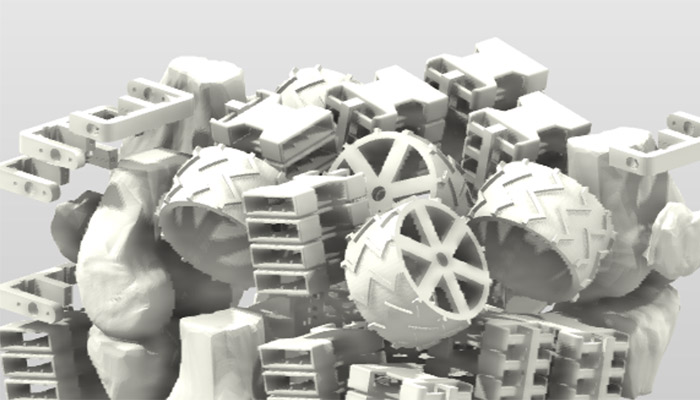 Nesting allows for the optimization of the number of parts per print (photo credits: Sculpteo)

The three partners want to understand the challenges of using binder jetting in production and how this process can revolutionize the automotive sector. In any case, they have set a goal of producing 100,000 3D printed parts per year by 2025, we’ll keep an eye out to see how it goes! You can find more information in the official press release HERE.

What do you think of Volkswagen’s use of powder bed fusion? Let us know in a comment below or on our Facebook and Twitter pages. Don’t forget to sign up for our free weekly Newsletter, with all the latest news in 3D printing delivered straight to your inbox!