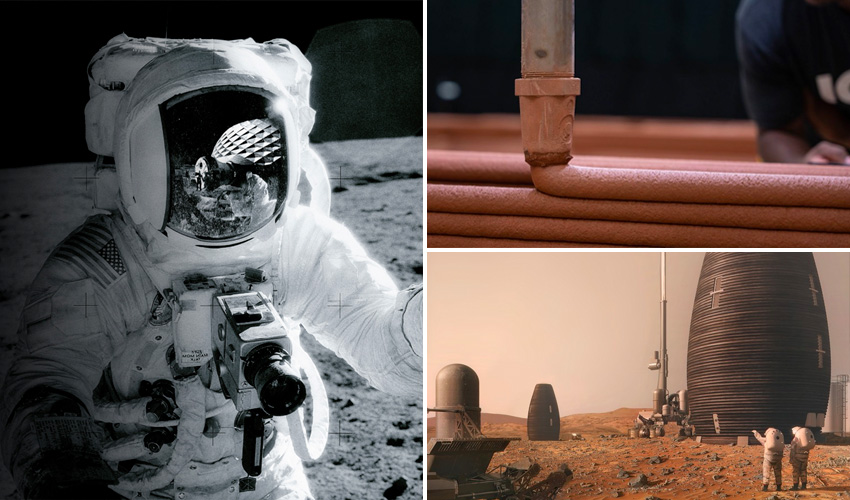 Everyone has heard of the Space Race that took place in the 20th century. The battle between the Soviet Union ended in 1975, but did you know a new Space Race has been sparked? This time, scientists all over the world are working to accomplish a variety of goals including working to find a way to colonize other planets and make it suitable for humans to actually live in Outer Space. In order to accomplish this goal, 3D printing is one of the leading technologies being considered for space colonization thanks to its adaptability, cost-effectiveness and of course ability to use local materials, a key necessity if we truly want to move to other planetary bodies. We took a closer look at some of the many different ways additive manufacturing is being used to make it possible to live on the Moon or on other planets in our Solar System.

In another project to bring us closer to future space exploration, NASA turned towards 3D printing and specifically the expertise of famed 3D printing construction company ICON. In the latest project, which will be taking a look at the possibilities of creating habitats on other planets, the startup has recently announced that it will be 3D printing a simulated Mars Surface Habitat in collaboration with architecture firm BIG-Bjarke Ingels Group, which will be the first ever of its kind. Named MARS DUNE ALPHA, the estimated 1,700 square-foot structure is going to be used to simulate a realistic Mars habitat in NASA’s one-year Mars mission analog study. As soon as production is completed, the model will be delivered to NASA’s Johnson Space Center, which is located in Houston, Texas. 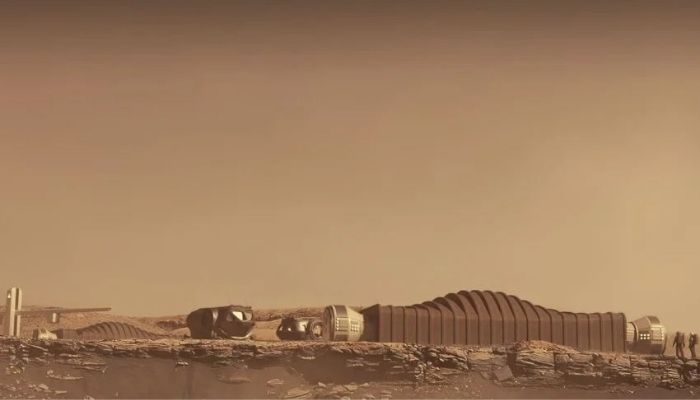 Life on Mars Through 3D printing?

Since 2014, NASA has been running a competition called the 3D-Printed Habitat Challenge, which aims to imagine structures that could be 3D printed in space to support life on a different planet than on Earth. One of the projects that won awards a few years ago was the MARSHA project, which developed a concept for 3D-printed houses on Mars. The American company AI Spacefactory is behind these cone-shaped structures, which are 34 square meters in size. It would rely on the resources found on the red planet to erect the small houses, thus freeing itself from the constraints of transporting materials from Earth. Finally, MARSHA has been designed with a double-shell system to isolate the habitable spaces from the structural constraints caused by temperature changes on Mars. 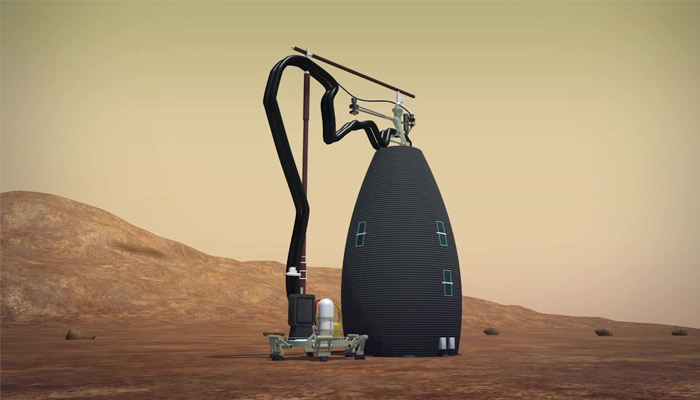 It is no secret that many projects are being developed to get to Mars. If it is important to know how to get there, it is equally important to make sure that we can set foot on the planet without dying. That’s why companies like NASA and the European Space Agency (ESA) are working on the subject. With this in mind, the Mars One company, launched in 2011, has come up with a spacesuit designed using 3D technologies. Thanks to digitalization and additive manufacturing, the company has developed a suit perfectly adapted to the astronauts’ morphology in order to ensure survival on Mars. 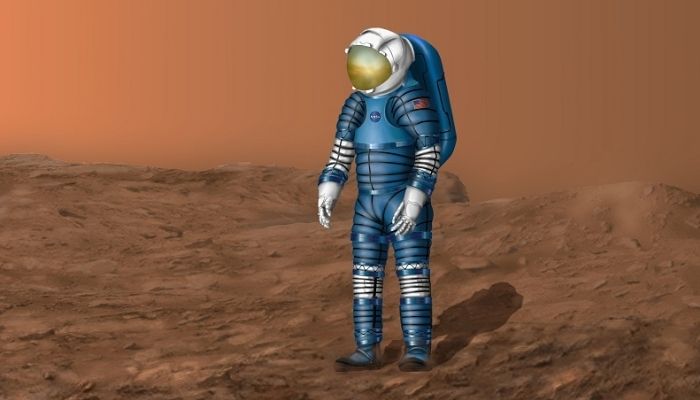 Researchers at Delft University of Technology have found yet another way to use 3D printing to help build structures on Mars, this time with robots! Delft’s Zebro Swarm Robots have been designed to excavate subterranean living spaces on the red planet, using 3D printing to solidify walls with Martian materials. The swarms of autonomous robots will function similar to ants building a colony, communicating with each other and dividing tasks while digging underground. The scientists hope that living underground would be more suitable for humans on Mars as the strong temperature changes present on the planet would be less notable. Indeed, the ESA itself has recognized the importance of the project, giving the team a grant to further develop it. 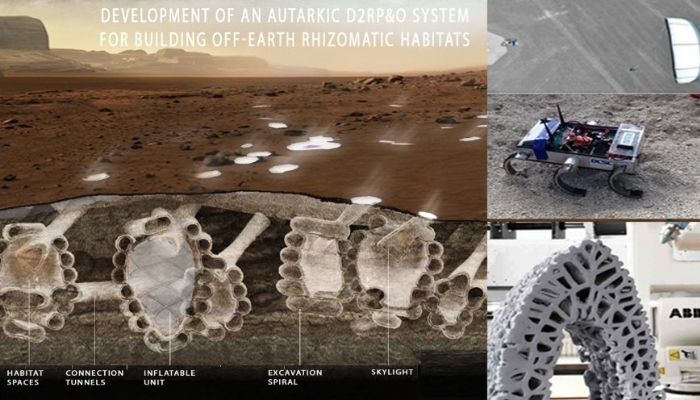 Luyten and 3D Printing Structures on the Moon

Like several companies, Luyten specializes in additive manufacturing for space exploration. As part of the Meeka project, the Australian 3D printer manufacturer is collaborating with the University of New South Wales (UNSW). The goal of this program is to use the Platypus Galacticus 3D printer to build structures on the moon. Using this technology and from regolith, a lunar material, the company hopes to build structures up to 12 meters long and 9 meters high. In addition, in order to identify buildable areas, Luyten plans to send rovers to accompany Platypus Galacticus. Some will be able to assess the areas while others will collect regolith. 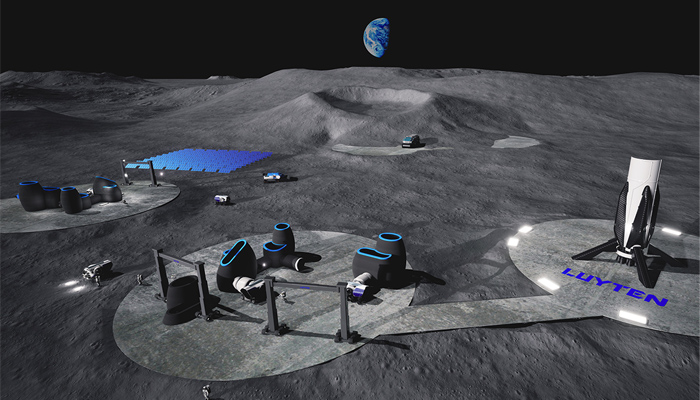 Life in space is obviously not always fun; the lack of gravity greatly affects astronauts’ bones and muscles. That’s why ESA researchers have been working on a 3D bioprinting project to design skin and bone samples. The printing process was done in reverse to prove that it can be transferred to space, in microgravity conditions. If astronauts could have a 3D bioprinter on their trips, they would be able to respond to medical emergencies – in the case of burns, for example, the crew could print new skin. In ESA’s case, several skin and bone samples were 3D printed from plasma, methyl cellulose and alginate. 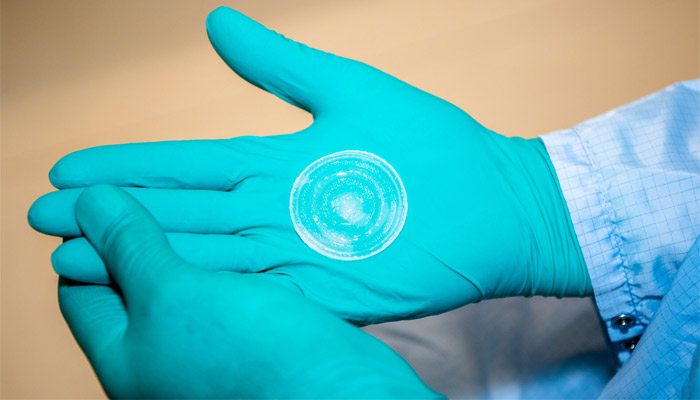 Today, 3D printers can be used to print all kinds of parts, from cars to houses to organs. The potential of the technology is enormous, and the European Space Agency (ESA) knows it. In collaboration with Russia and China, ESA wants to 3D print a lunar base called “Moon Village”. To achieve this, scientists aim to use lunar materials, as transporting materials from Earth is too expensive. That is why, for several years, experts in additive manufacturing and the space industry have been working to study the feasibility of the project, which, for the moment, seems feasible.

In January 2021, for the first time, a team of researchers from the Technical University of Braunschweig and the Laser Zentrum Hannover (LZH) succeeded in 3D printing regolith. To carry out this experiment, called “Moonrise”, the scientists equipped a lunar rover with a laser to melt lunar materials and obtain regolith. Once this step was complete, the researchers used the IRAS MIRA3D rover, a lunar vehicle specifically designed to 3D print in space. Thanks to it, the team behind the project claimed to be able to design objects from regolith. A first, which could in the future open the field of possible construction on the Moon. 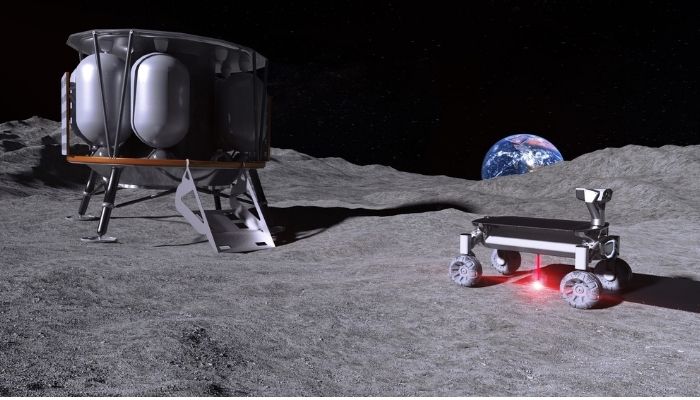 As part of the space mission called cosmic kiss, in which different tests are conducted by astronauts on the ISS, German Astronaut Matthias Mauerer recently tested the use of bioprinted adhesive plasters in space. The  Bioprint FirstAid, as these innovative plasterstrips are called, have the ultimate goal to make future medical first aid in desolate areas or under extreme conditions easier. The hand held, mechanical bio printer is used by applying it directly to the desired place on the skin, where it immediately prints a plaster-like strip using a special-bio ink. Due to the printer’s compact shape and easy handling, the scientists behind the project see its possible future use in doctors practices as well as in complex areas like in space, or on earth like for example the Arctic region. 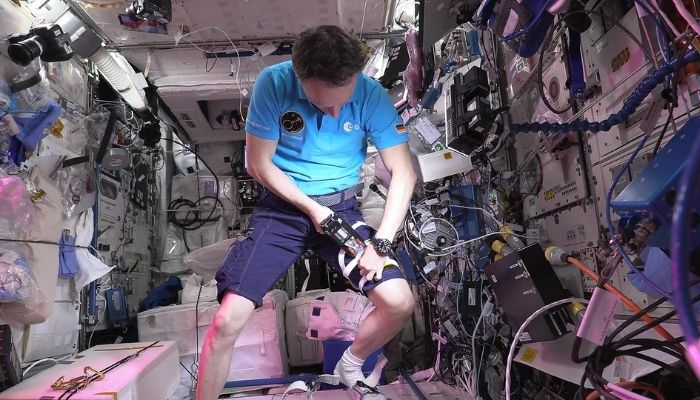 We talked about it previously, in March 2015, NASA launched the 3D Printed Habitat Challenge. And among the 160 entries, one particularly stood out to the jury. Called LavaHive, the concept was developed by members of the European Astronaut Center and the Austrian group Liquifer Systems. Like the Moonrise project, the researchers’ idea was to use regolith as a 3D printing material. Specifically, the LavaHive project incorporates an inflatable central habitat reinforced with walls 3D printed from the lunar material. In addition, in order to obtain a sufficiently large living space, this inflatable zone is connected to three sub-habitats, by a sort of tunnel also 3D printed. 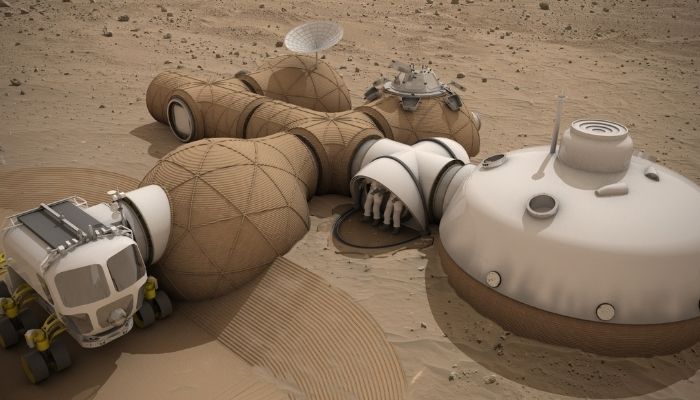 What do you think about the use of 3D printing to colonize space?Let us know in a comment below or on our Linkedin, Facebook, and Twitter pages! Don’t forget to sign up for our free weekly Newsletter here, the latest 3D printing news straight to your inbox! You can also find all our videos on our YouTube channel.