US Marine Corps bring 3D printing to the front lines 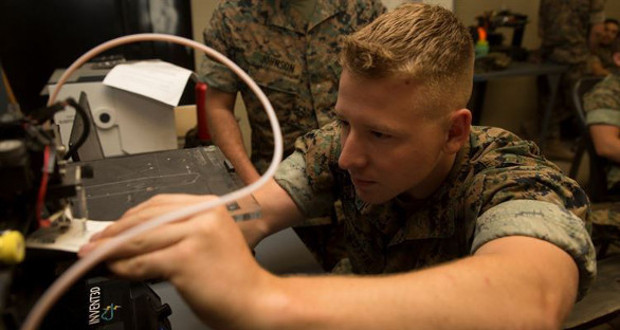 3D printing has come to combat zones and the United States Marine Corps is welcoming it with open arms into their bases. The branch of the United States military has been one of the leading voices behind the incorporation of 3D printing in the military, recognizing early on its benefits and the many possibilities it can offer to make fighting smarter and bring the advantages they need while risking their lives out on the field. 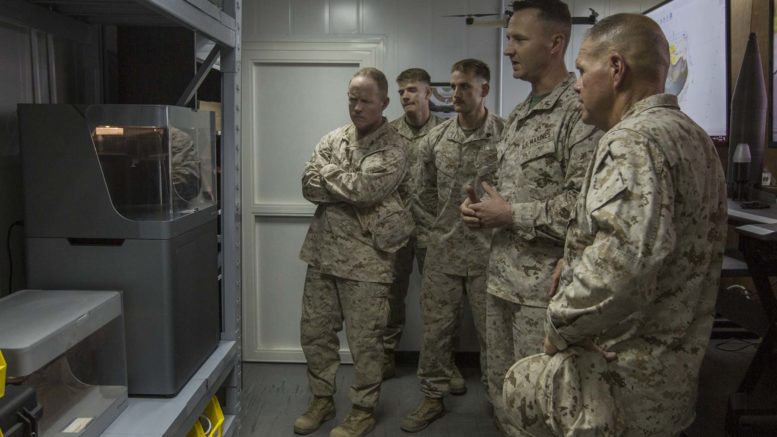 By bringing 3D printers to the front lines for soldiers, they have gained a great benefit. As most of the areas the soldiers are in are highly active, these machines are enabling soldiers to repair their parts, gear and creating an overall faster supply chain so that they can continue their fight without having to wait for replacements to arrive. Thanks to the addition of these machines, they are also able to highlight the benefits of this technology both in the military and outside.

“There are radios out there that have plastic components. We’ve been able to print plastic components for those radios, to make them operable when they were inoperable,” explained Dana, Lt. Gen. Michael Dana, Deputy Commandant for Installations and Logistics in a recent interview.“This way it has much promise to provide on-demand parts literally within hours, worst case days, whereas if you’re dealing with a traditional, back in the States to point of need, you’re talking multiple days, weeks and sometimes even longer. So that’s the attraction of this capability”” 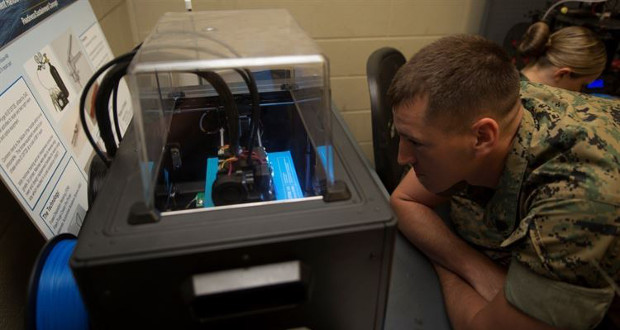 During an interview in June with Marine Lt. Col. Howard Marotto, the service’s lead for additive manufacturing and 3D printing development and implementation, he explained that the Marines are the first service to actually send 3D printers into combat zones with conventional forces. Previously, the 3D printers were sent with engineers. Today, thanks to training provided to the Marines, they are now able to be deployed on their own with the 3D printers.

While the Marine’s haven’t given specifics on where the printers are located, they have confirmed that they are currently in combat zones that belong to the Marine Corps Crisis Response Task Force in the Middle East, with others said to be in the same region, but behind front lines.

What do you think of the Marines using 3D printing? What do you think this could mean for the future of additive manufacturing? Let us know in a comment below or on our Facebook and Twitter pages. Don’t forget to sign up for our free weekly Newsletter, with all the latest news in 3D printing delivered straight to your inbox!