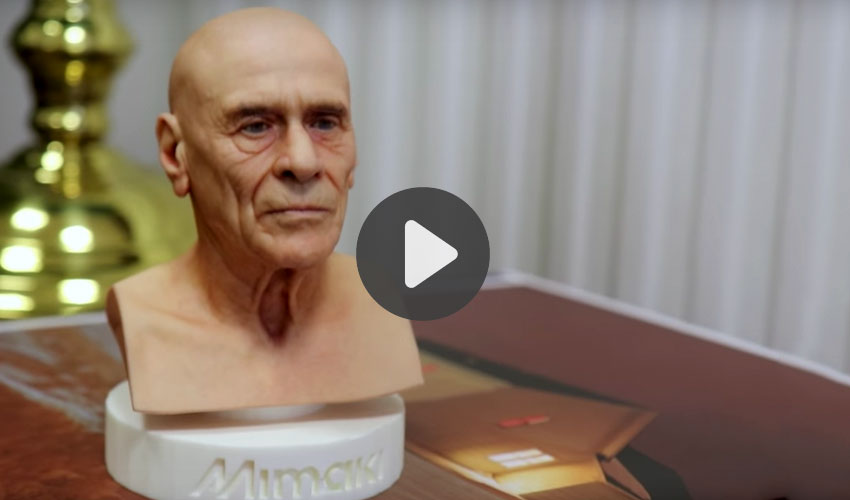 This week’s Top 5 Videos showcases some of the most unbelievable 3D printing updates we’ve seen in recent times. These include incredibly detailed full-color 3D prints by Mimaki, amazing 3D printed prosthetics by Open Bionics, and Qlone’s 3D scanning app that could revolutionise 3D scanning via a mobile. Remember, a new Top 5 Videos is released every Sunday, so don’t forget to check out next week’s episode!

A few months ago, Mimaki announced the release of their 3D printer capable of printing over 10 million different colors. Since then, Mimaki have demonstrated this printer’s effectiveness by taking a man’s 3D scan and printing an incredibly detailed, full-color model of the man’s face. This shows how powerful 3D printing has become in the replication of portraits.

Open Bionics are a British company who are focusing on revolutionising prosthetics and helping amputees live a normal life. By scanning each person’s amputated arm, customised prosthetics are designed and then 3D printed for each person. Open Bionics have also done a deal with Disney to use Frozen and Marvel designs so kids have prosthetics that they enjoy, helping them feel proud of their prosthetic.

Qlone is an app which helps turn your phone into a 3D scanner. By printing out Qlone’s QR code paper and placing an object on the paper, the smartphone app can scan an object, which you can then send to a 3D printer. Once scanned, the object can be exported in a variety of file formats such as an STL file, and either printed, stored, or sent to a friend to print across the world!

Since recently unveiling 4 brand new 3D printers in their Jet Fusion 300 and 500 ranges, HP have been demonstrating these printers’ improvements. These include being the first printers to be capable of voxel-level accuracy (a 3D pixel) allowing for extremely detailed, full-color parts. They have also collaborated with Solidworks to expand the design possibilities.

One of the areas in which 3D printing has already had success in is the dental industry. 3D printers by companies like 3D Systems and Formlabs have helped in manufacturing custom dental implants on command. The Structo Velox however offers fully-automated dental printing including post-processing. This resin 3D printer is releasing soon, so we will have to see how successful it becomes.

What do you think of this week’s Top 5 Videos? Let us know in a comment below or on our Facebook and Twitter pages! Don’t forget to sign up for our free weekly Newsletter, with all the latest news in 3D printing delivered straight to your inbox!

Researchers develop a new method of 3D printing with latex