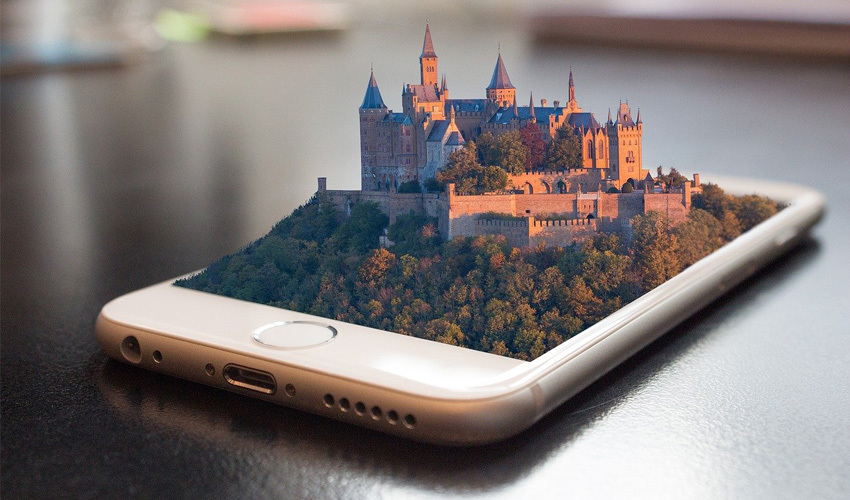 Obtaining a 3D file for printing can be done in many ways: free or paid download from a dedicated platform, modeling from an adapted CAD software or 3D scanning via a 3D scanner. Today there are a multitude of solutions to scan your part, from portable devices to larger devices to capture large objects. However, the purchase of such a device can be quite costly and using it might be complicated if you don’t have certain technical knowledge. This is why some industry players have developed mobile scanning solutions that are directly available on the smartphones. 3D scanner apps have been designed to be practical, easily accessible and always at hand: our phones are more present than ever in our daily lives. But how do different 3D scanner apps work? Which solution to choose? We have prepared the list of some of the best available 3D scanner apps for iOS and Android, ranked in alphabetical order.

Canvas was developed by a US company called Occipital, which has made a name for itself with its hardware and software for 3D scanning. It enables scans to be made with all Apple devices that have the LiDAR scanner (for example the iPad Pro). Devices that do not have the LiDAR scanner must be equipped with Canvas’ Structure Sensor, costing around $400. The app is great for makers and DIY enthusiasts, as well as for professional applications including interior design and architects. Canvas is very user friendly, with an intuitive interface and straightforward scanning process. The app is able to build a 3D model of a room in real time, the user need only walk around the room with their iPad. Canvas offers a scan to CAD service that enables users to convert their 3D scans into CAD files for just $29 each. The app also allows users to share their scans by email. 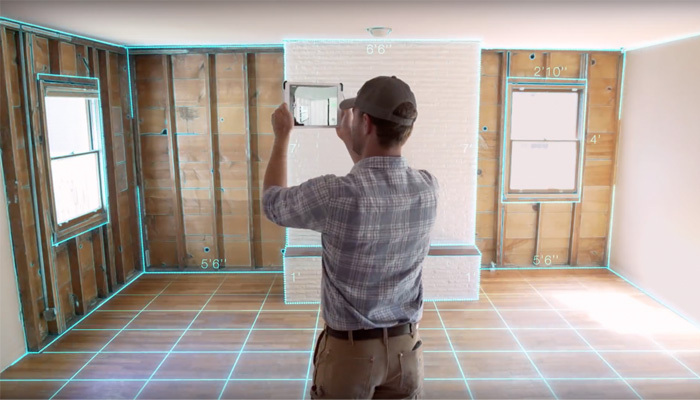 Capture is a free 3D scanner app, which is compatible with iOS devices equipped with a TrueDepth camera. The scanner app is suitable for creating and sharing 3D scans without any accessories. The app uses the smartphone’s camera and sensors in order to create a structure consisting of points that are connected to each other, which map the depth of the object scanned. Capture then creates a complete 3D model based on this structure. You can view the scans in a preview mode. In addition, the Capture scanner app allows you to save your scans to its platform, free of charge and in multiple file formats. When using this scanner app, please note that you can only scan with the front camera. 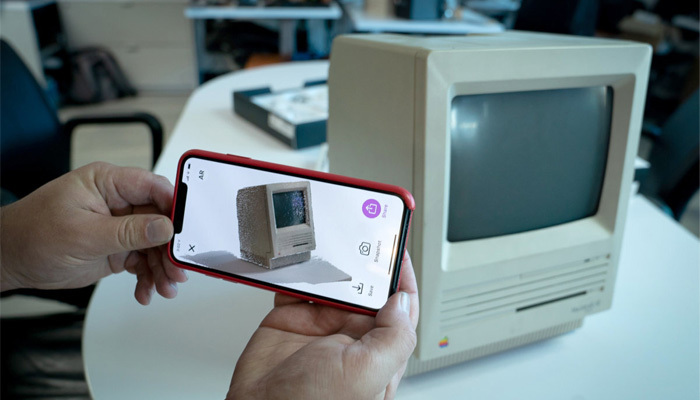 Heges is a 3D scanner app available only for iOS devices (iPhones and iPads). It allows scanning people and all kinds of objects – from small and complex parts to a whole car. Once the process is complete, the models can be exported as PLY (with color) or STL files for later 3D printing. If you want to share the file, you can also do so via a built-in Wi-Fi server, the iOS file app, or via iTunes. The FAQ section of the Heges website also has recommendations for quality scans and tips for preparing your models for additive manufacturing. One big advantage of the Heges 3D scanner app is that privacy is a big deal. The app provider promises that no data will leave your device unless you choose to share it. 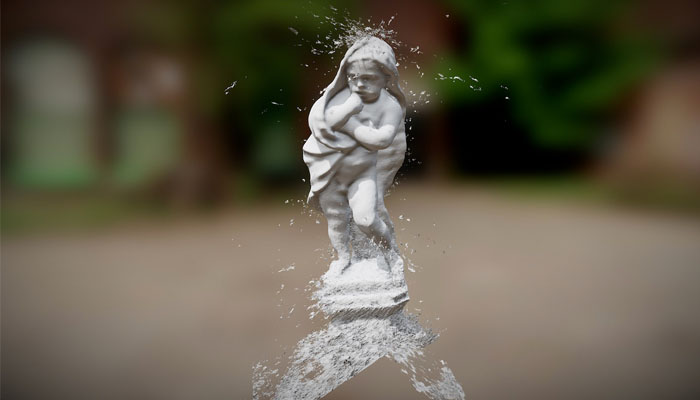 The itSeez3D 3D scanning app allows you to easily capture and share models. To download the app, you need a compatible device and a Windows + RealSense or iOS + Structure Sensor 3D (both available on the app’s website). Its use is quite intuitive and simple, since there are only 3 steps. The first is to scan the device, object or person you want, following the instructions provided. Then you get a preview of the raw scan, send it to the cloud and process it to get the 3D model with better quality. Finally, you can have your 3D model downloadable and editable via modeling software. It can also be printed in 3D. The application states that a normal size object can be scanned in 3 to 5 minutes while a full body will take 5 to 10 minutes. 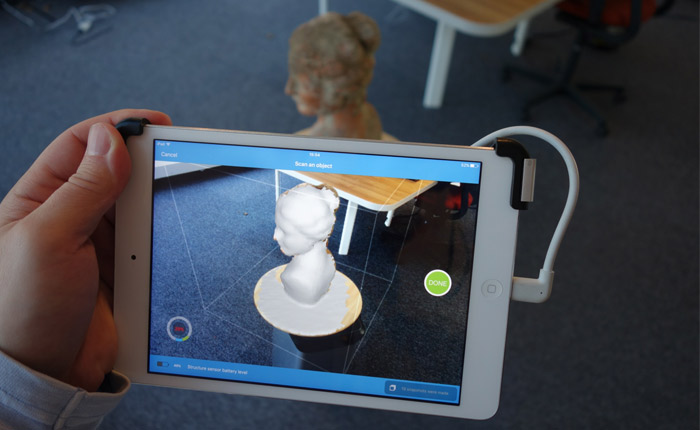 Of course we would be remiss if we did not mention some of the new generation of apps that are starting to come through, notably those related to Apple’s LiDAR scanner. Generally, though there are many 3D scanner apps that are now becoming available thanks to this incredible technology, many of them are not yet really used with 3D printing, excluding them from this list. However, we did want to highlight one popular app that has been making waves, not the least because of its ability to be used with 3D printing. Polycam is currently supported on the iPhone 12 Pro, iPhone 12 Pro Max and the 2020 iPad Pro. Unfortunately, you won’t be able to find it on Android devices, though the developers mention that if mainstream Android devices come out with a comparable sensor, then they will make polecat available on Android as well. Polycam can export to a number of files including obj, and .stl. The app enables you to quickly create color 3D scans of objects and spaces. Thanks to LiDAR, it is much faster than many other scanning apps, allowing users to scan a single room in only seconds. The base app is free, but exporting requires a one-time in-app payment. 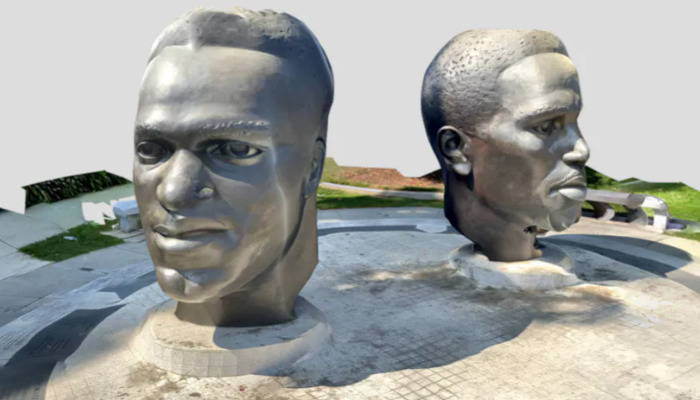 For those who want to scan without the use of complex software, Qlone offers a user-friendly alternative that aims to make 3D scanning of small objects a breeze. Qlone was originally designed for 3D scanning of toys. Eyecue Vision Technologies, the company behind Qlone, has already worked with manufacturers such as Playmobil, LEGO and Bandai, but has also been able to convince hobby printers with the idea. For the 3D scan to succeed, the Qlone Mat must first be printed out, which is placed under the object. Then, two different sections of the same object are created and merged using the smartphone. The user also has the option to modify the 3D model created by the smartphone – such as the texture or size. Afterwards, the scanned object can be exported to a variety of popular 3D file formats: OBJ, STL, USDZ, GLB, FBX, PLY and X3D. Scandy Pro is a 3D scanning app that was developed in the US and first launched in 2014. It is compatible with iOS devices only, specifically iPhone X, 11 and 12 and iPads Pro 2018 and above. Its features are numerous: adding a colored background, light adjustments, augmented reality view, noise filter, etc. 3D scans can be exported to .ply, .obj, ,stl formats which makes the application ideal for 3D printing. Scandy Pro uses LiDAR on the latest iPhone models. The Scann3D app was developed by Hungarian company Smart Mobile Device and relies on photogrammetry technology to enable the capture and reconstruction of 3D models from a smartphone or tablet. In other words, once downloaded to your phone (Android only), your device becomes a tool to transform the images you capture into 3D models by generating point cloud data. The resulting 3D models can be stored, shared and edited by other applications, and these same 3D models can also be used in augmented or virtual reality applications. This includes the ability to share with SketchFab. You have the possibility to export any model on Scann3D in several formats such as .obj, .stl or .ply. Trnio is an application for cell phones that turns your device into a high quality 3D scanner. The platform is very simple and has three scanning modes. The first, called Photo Import, allows you to transform the photos on your phone into 3D models. The second, called ARKit Mode, uses Apple’s ARKit technology to guide you through the scanning process. Finally, Object Mode is ideal for scanning objects to get the best textures and colors. Once Trnio has generated a 3D model, you can easily export it to other 3D editors for further customization. Trnio works only for the iOS operating system, and can be downloaded from Apple’s app store. 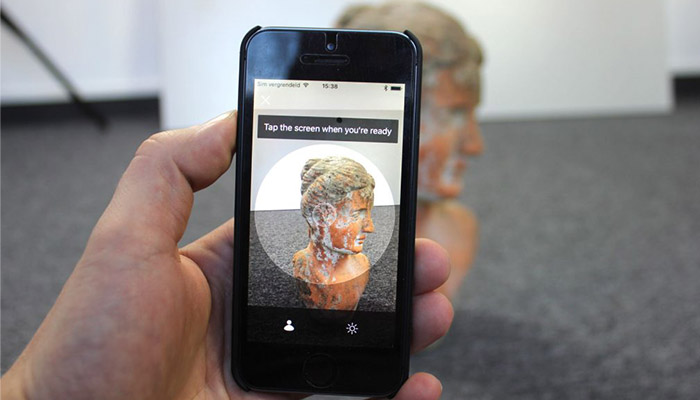 The 3D Creator was developed by Sony to allow you to capture objects and people on your smartphone and directly turn them into high-resolution 3D models. There are five scanning modes on the 3D Creator, selfie, face, head, food and freeform. Depending on what you want to scan, the app will guide you to choose the correct mode. As with other scanning apps, 3D Creator lets you use your 3D models with other applications such as augmented reality. These models can easily be exported for 3D printing too. Keep in mind that you need a Sony mobile for the app to work. It is preinstalled in the Xperia 1, Xperia XZ1, Xperia XZ1 Compact, Xperia XZ2, Xperia XZ2 Compact, Xperia XZ2 Premium, and Xperia XZ3. The Xperia XZ Premium receives the 3D Creator as part of the Android 8.0 (Oreo) update. The 3DsizeMe mobile application was developed to digitize the human body in 3D. Available on the App Store, it uses the Structure Sensor 3D scanner (which must be bought separately) to capture all data from any part of the body, specifically to scan a plantar surface, a leg, a foot, the torso, etc. It is therefore geared towards the medical sector in order to learn more about a person’s anatomy. 3DsizeMe is equipped with an ergonomic interface that will allow you to retrieve all your data, current projects, etc. It is compatible with the iPhone and iPad and requires at least iOS 11.0. The resulting files can be read directly into the MSoft software of TechMed3D and exported in .STL or .OBJ format for 3D printing. 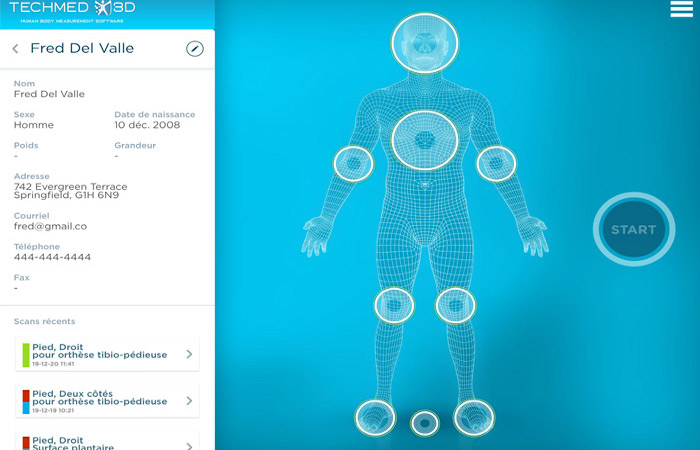 What do you think of these 3D scanner apps for Android and iOS? Let us know in a comment below or on our Facebook and Twitter pages. Don’t forget to sign up for our free weekly newsletter, with all the latest news in 3D printing delivered straight to your inbox!