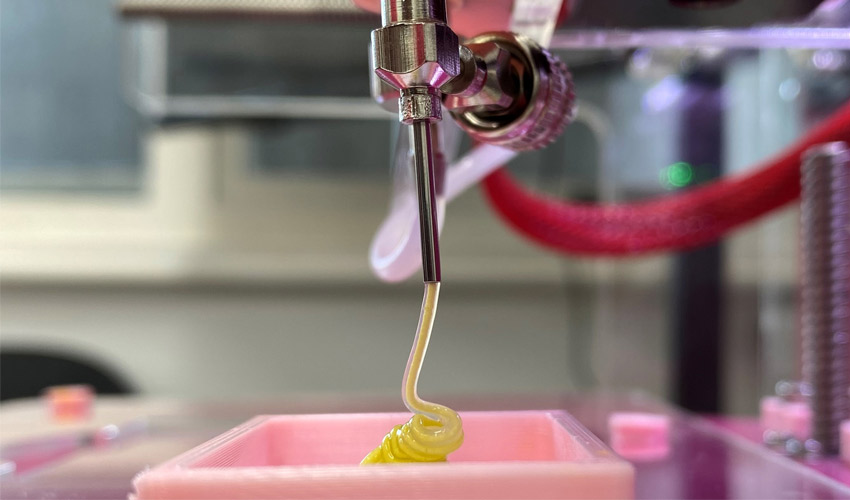 When we think about 3D printing in the medical sector, one of the most exciting applications is without a doubt bioprinting. This method of creating cellular structures from bioinks made with stem cells is intriguing to many for its vast applications including creating skin, tissues or even organs. Considering the fact that there are approximately 105,909 men, women and children on the American transplant list and at least 17 die waiting for one each day, the possibility to create artificial organs is especially intriguing. And though there has been some progress made, research is still needed. Enter TissueLabs. This company has been named our 3D startup of the month for its advances in bioprinting and bioprinters for the creation of artificial organs. We spoke with Gabriel Liguori, the founder and CEO, to learn more about how their technology works and their goals for the future.

3DN: Could you introduce yourself and your link with 3D printing?

My name is Gabriel Liguori; I’m the founder and CEO of TissueLabs. I lead TissueLabs towards developing artificial organs in the lab to address the current limitations of organ transplantation. I’m a medical doctor with a Ph.D. in Cardiovascular Regenerative Medicine and Thoracic and Cardiovascular Surgery. I was named a Forbes 30 Under 30 in 2018 and nominated by MIT Technology Review as one of my generation’s most innovative young minds (MIT Innovators Under 35). 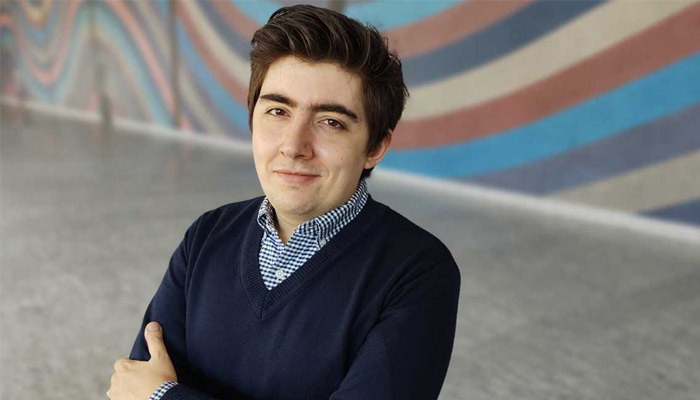 I started working with bioprinting during my Ph.D. Although it was not the center of my thesis, which at the time was primarily focused on scaffold seeding techniques, I convinced my supervisor to acquire a 3D bioprinter so that we could develop tissue-engineered vascular grafts – my thesis was on novel approaches to vascular tissue engineering. After the acquisition process, we started having issues with the system. A few months later, I finished my Ph.D. studies at the University of Groningen (Netherlands) – without actually managing to do what I expected with the bioprinter – and moved to Brazil, where I had the opportunity to start a new lab on tissue engineering at the University of Sao Paulo. There, I decided to buy a bioprinter from another company, the main competitor of the one I dealt with before. Unfortunately, again, I had repetitive disappointments.

In a kind of destiny thing, I met my business partner, Emerson Moretto, when developing a project to test the resistance of those blood vessels we were engineering in the lab. He was developing his own bioprinter, just for fun. When I saw the system, I realized he had created something that was, at the same time, simpler but much more effective for fabricating the vascular grafts we wanted. So we gave up on the costly systems and started using his printer instead. It was life-changing! That was how I started working with 3D bioprinting.

3DN: How did TissueLabs start? Why did you create the company?

I started TissueLabs because I have a dream: to create bioartificial hearts for transplantation! I was born with congenital heart disease, and I have been familiar with the hospital environment since my first week of life. I was lucky that, although having a severe condition, I received proper medical treatment – I had open heart surgery at the age of two –  and have progressed well since then. Many children are not as lucky and may require a heart transplant. It is, however, extremely difficult to find an organ for those patients, mainly due to the small number of donors, particularly in this age group. 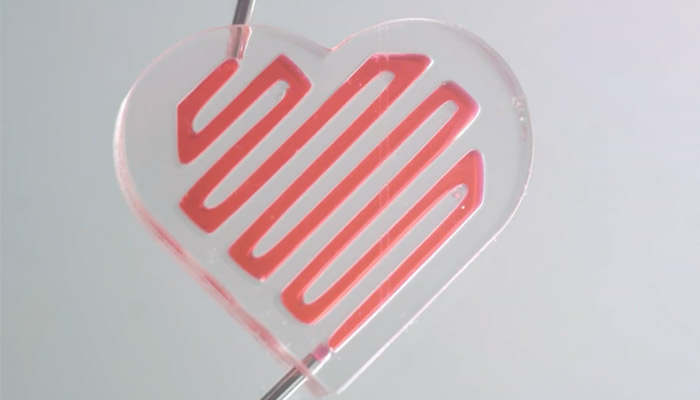 Due to my personal experience from infancy, I decided to become a medical doctor, graduating in Medicine in 2014. When I was finishing medical school, I heard about tissue engineering and learned about the potential of this technology to create bioartificial tissues and organs for transplantation in the future. Then, I decided to study more about the topic and paused my medical career for a while to pursue my Ph.D. in this field. When I concluded it in 2019, I was so involved with tissue engineering that I made the tough decision not to pursue a medical career. Instead, I focused on research and development to bring this technology to patients. I knew I would not be able to do both simultaneously, but if I returned to the medical practice, I was afraid no one else would be able, willing, and engaged in doing what I envisioned. Initially, I considered doing it in Academia, the reason I got to start a lab in Brazil, but I quickly realized that the objectives and incentives within the university were not the same I needed if I wanted to put science into practice. I should do it within a company, which was why I founded TissueLabs.

We started the company in Brazil, but within a few months after we started operating, we moved it to Switzerland, finding a great fit and unique environment for biotech startups. Since then, we’ve experienced tremendous growth, doubling our customer base every year since.

3DN: Could you tell us more about TissueLab’s bioprinters?

Sure! We currently have two bioprinting systems: TissueStart™, an extrusion-based system, and TissueRay™, a stereolitography-based system.

TissueStart™ was our first launch in 2020. We designed it for scientists who are just starting to work with biofabrication. It offers the best cost-benefit on the market, starting at $7,999 for a two-head piston-based system, which gives much more control over the bioink extrusion than conventional pneumatic systems. Oppositely to these, our bioprinter has a suck-back capability, ensuring precise start and finish points, reducing bioink losses and overexrtusion.  It’s a compact and easy-to-use system, weighing only about 4 kg (about 9 pounds), and does not require air compressors. It also has a unique, proprietary extrusion system, which we call Mixtrusor™, capable of combining different bioinks, enabling complex 3D tissues. It is constructed in plexiglass, offering high resistance, long durability, and easy cleaning. 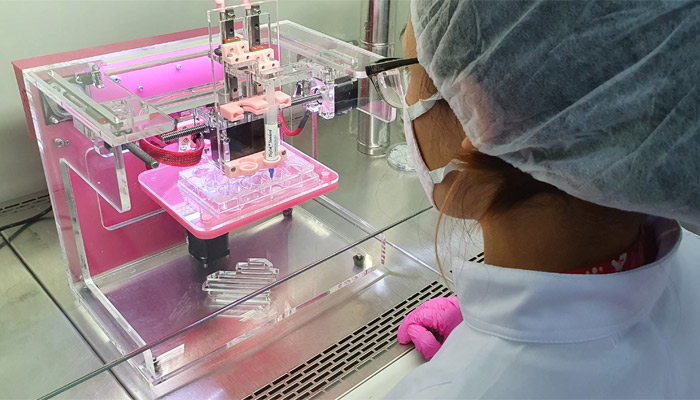 Then, we have the TissueRay™, which we launched at the end of 2021. TissueRay™ is the market’s first masked stereolithography (MSLA) 3D bioprinter, bringing the speed of light to 3D bioprinting. It offers the perfect combination of high resolution and throughput, with a 4K screen offering 35 μm dot pitch (XY theoretical resolution) and a 10 μm motor-driven Z-precision. Depending on the material, it can print as fast as 1 second per layer. It has a 193 cm3 build volume with a 6×6 cm circular base. Something cool with this printer is that we can customize it according to the client’s needs. Not everyone works with the same photoinitiators; thus, not everyone works with the same standard 405nm wavelength. We have, for instance, the option of 420 nm for clients working with ruthenium or 530 nm for clients working with eosin, just to mention a few. TissueRay™ light-based system allows the creation of microfluidic devices, organs-on-chips, cell-laden constructs, and scaffolds for tissue engineering and regenerative medicine applications. This system starts at only  $15,999!

Finally, we also offer biomaterials to be used with the bioprinters but also for researchers performing more conventional 3D cell culture experiments, irrespective of having a bioprinter or not. Besides all those generic biomaterials – alginate, GelMA, pluronics, etc – we offer tissue-specific hydrogels for 15 different tissues: Adipose, Bone, Brain, Cartilage, Colon, Kidney, Liver, Lung, Muscle, Myocardium, Pancreas, Skin, Spleen, Stomach, and Vascular. We call them MatriXpec™. We developed MatriXpec™ hydrogels to offer tissue-specific microenvironments for 3D cell culture, allowing experiments in representative substrates that mimic the biological clues of the native extracellular matrix. These hydrogels are available in two different versions, one thermo-crosslinkable and another photo-crosslinkable, adapting to the varying needs of the research community. 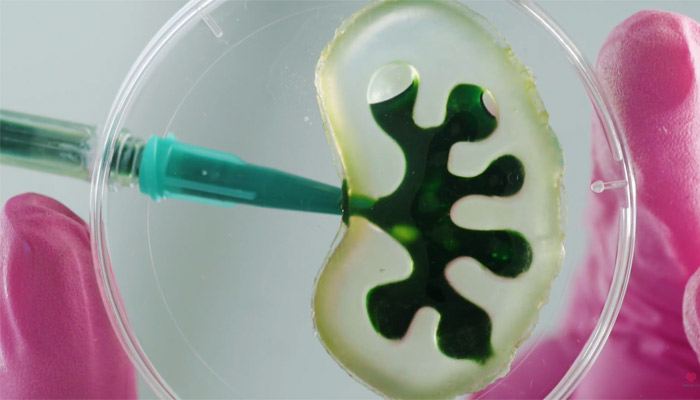 3DN: What applications have been developed so far with your bioprinters?

That’s a great question because we see researchers doing things we could never imagine when we developed our systems and biomaterials. We have over a hundred labs using our products in 20 different countries, so a lot is happening.

To mention a few, we have researchers 3D printing self-oxygenating materials for the fabrication of microtissues; creating cartilage tissue to study tendinosis; developing mini-intestines for studying nutrients absorption and also colorectal cancer; reproducing the alveoli microenvironment in vitro for studying lung cancer; bioprinting cardiac cells to study their behavior under different mechanical stimuli; engineering skin for replacement of animal models; fabricating pancreatic tissue to study diabetes; developing strategies for regeneration of the oral and dental tissue, as well as congenital and acquired bone defects; and so much more. The applications are limitless and are mostly limited by the end-users creativity. 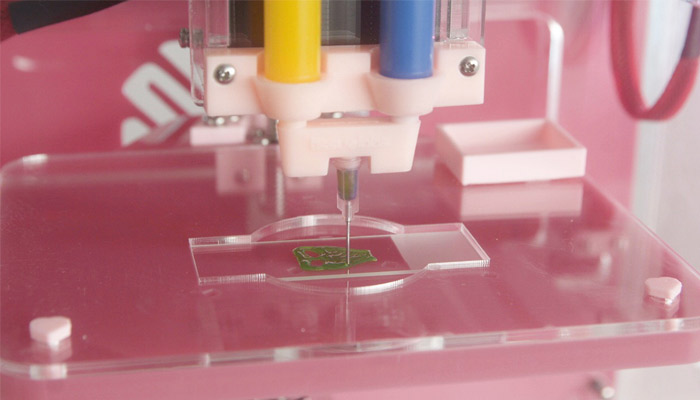 3DN: How do you see the future of bioprinting in the medical sector?

I believe a lot will change. The technologies currently available are a great start, but they are not the ones getting us to fabricate actual bioartificial organs. I see bioprinting still in its infancy and with so much still to happen. Innovation is the critical factor in this field, and there is so much to be developed that it becomes challenging to visualize the future if you become grounded with the currently available solutions. We will probably see new systems using technologies that have not even been invented yet! TissueLabs will make sure to be at the forefront of such developments.

I’d like to offer my own time to listen to the readers’ needs and understand how we can continue improving our systems and biomaterials to allow them to create tissues and organs in their labs either for biomedical research or future clinical applications. They can write to [email protected], and I’ll personally respond.

What do you think of TissueLabs? Let us know in a comment below or on our LinkedIn, Facebook, and Twitter pages! Don’t forget to sign up for our free weekly Newsletter here, the latest 3D printing news straight to your inbox! You can also find all our videos on our YouTube channel.