The Most Influential Personalities in Additive Manufacturing in 2021 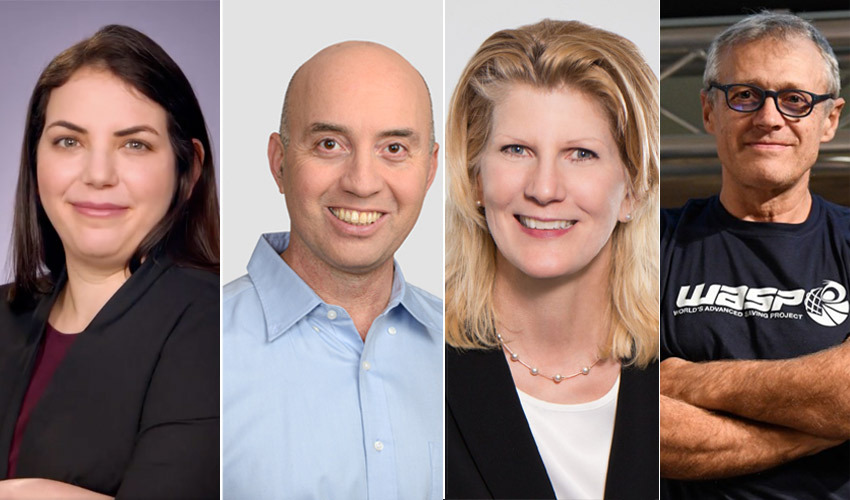 This year 2021 was marked by many upheavals in additive manufacturing, including the gradual recovery of the market following the health crisis, the return of physical events in the industry and multiple investments made by the players in the sector. Behind all these evolutions are personalities, profiles that work for the development of additive manufacturing in the world. Engineers, chemists, sales people, technicians: whatever their background, their experience, their skills, they have marked this year by their various projects and contributed to the growth of the market. It’s time to look back at some of the major additive manufacturing personalities of 2021. This year, we chose 10, from all countries and horizons. Let us know what you think of the list!

For those who have been following the market, it is hard to miss the issue of sustainability in additive manufacturing. It has become a concern for many players in the industry who are striving to find solutions to reduce our environmental impact. One of these players is the Additive Manufacturer Green Trade Association (AMGTA), of which Sherry Handel is the Executive Director. She is the first person to hold this position. One of Sherry’s goals is to demonstrate and promote the environmental benefits of 3D printing through research projects conducted by AMGTA. She is the former co-founder and COO of Energy Harvesters LLC, a cleantech startup. With this professional experience and her sensitivity to environmental issues, she has been with the association since February 2020. The association currently has 38 members. 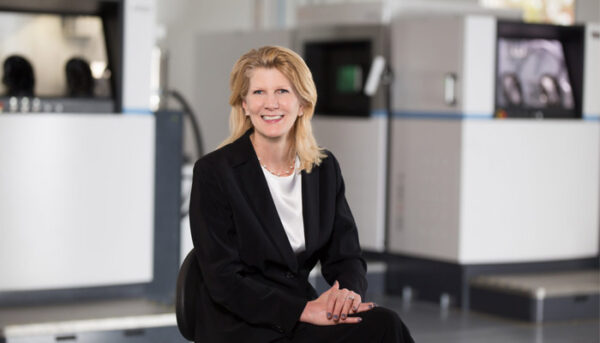 Our next choice for one of the additive manufacturing personalities of the year is someone you have certainly heard of before. 2021 was a year to remember for Desktop Metal, as it grew substantially and acquired a number of other countries. After buying EnvisionTec at the beginning of the year, the American manufacturer more recently acquired ExOne for $575 million, gradually expanding its portfolio of technologies and materials. So it was hard for us not to include Ric Fulop in this year’s list of personalities who have made their mark on the 3D printing market. He founded Desktop Metal in 2015, building on his 15 years of entrepreneurship – he founded A123Systems, among others. Since then, the company has become one of the leading manufacturers in additive manufacturing. 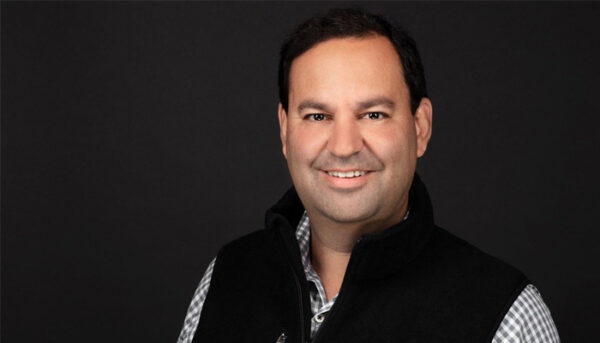 French 3D bioprinter Poietis is one of the most recognized players in the bioprinting market. The company was founded by Fabien Guillemot and Bruno Brisson and we chose them as part of our selection of personalities who have impacted the 3D printing sector this year because they successfully installed for the first time a 3D bioprinter in a hospital in order to promote the creation of implantable tissues. The goal is to enable healthcare facilities to design custom cell structures directly within their structure, which surgeons could graft directly onto the patient. There are still tests and clinical trials to be conducted but the results are promising! 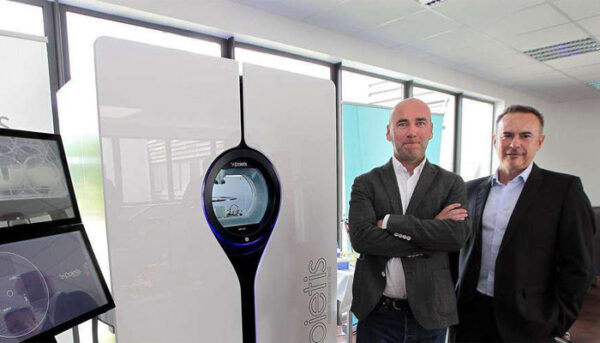 On the left, Fabien Guillemot; on the right, Bruno Brisson

Robert Bodor took over as CEO of Protolabs in March after serving in various leadership roles at the company since 2012. He succeeds Vicki Holt and takes over a company that has been in the news this year. Indeed, Protolabs acquired the Hubs platform (formerly 3D Hubs) earlier this year for $280 million to create the world’s largest manufacturing offering. Discussing the acquisition, Robert Bodor said, “The addition of 3D Hubs provides Protolabs a platform to evolve our service model and to provide unprecedented manufacturing flexibility to our customers. Our combined organizations will provide the market an industry-leading digital manufacturing solution to serve their needs from idea to prototype to full end-use part production. Together, we can fulfill nearly every custom manufacturing need across the product life cycle.” 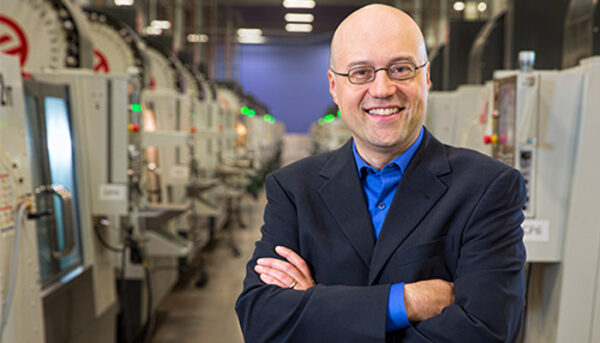 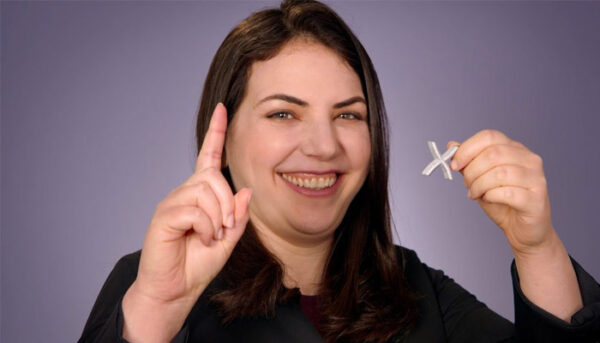 This year, manufacturer Stratasys has been making a lot of noise in the additive manufacturing market, including its acquisition of Origin at the end of 2020, but also its move into the powder bed fusion process. It’s hard to miss Yoav Zeif, Stratasys’ CEO, who took office in February 2020 and is heavily involved in the company’s strategy. His goal is to accelerate the adoption of additive manufacturing as a production method, not a prototyping tool. 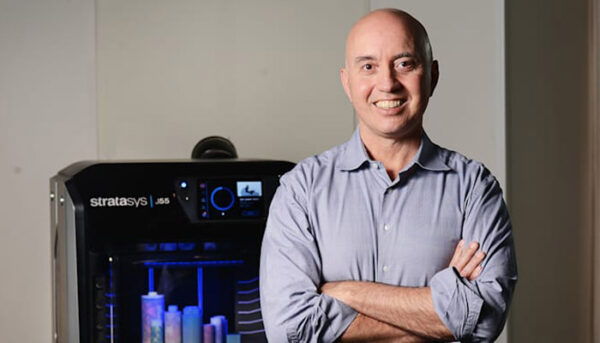 ICON is an American company that develops concrete 3D printing solutions. And the year 2021 was particularly important for the company: it launched many projects and raised several million dollars to support its growth. Jason Ballard, one of the 3 co-founders and the CEO of ICON, has been a big part of the company’s success. Prior to starting this venture, Jason held a management position at a green home renovation company and worked at a homeless shelter. He is originally from Texas and studied conservation biology. Joining him are Alex Le Roux and Evan Loomis. 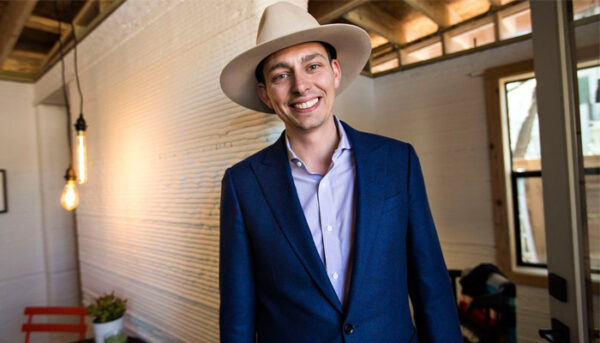 Matthew Forrester is an engineer by training and joined L’Oréal in 2007. Since then, he has held several positions and led different missions around packaging. He was Additive Manufacturing Technical Manager for over a year. He is one of the personalities working for the deployment of 3D technologies in the industry through the different projects he leads with his teams. One of these projects is the integration of HP technology in the development of new packaging for the French group’s cosmetic products. 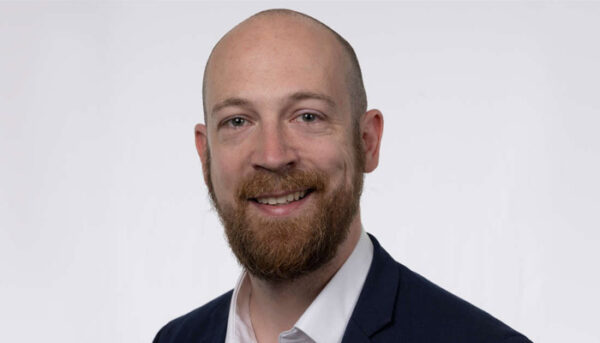 Terry Wohlers is one of the leading figures in the additive manufacturing market and the originator of the annual Wohlers Associates study, which provides an overview of the market, its trends and challenges. This year, Wohlers Associates was acquired by ASTM International. Terry Wohlers explained, “I could not be more excited about joining the world-class team at ASTM International. Through ASTM, we can now accept more projects than in the past and our advisory services team is now larger than ever. We are glad ASTM has made a commitment to publishing the report for years to come.” 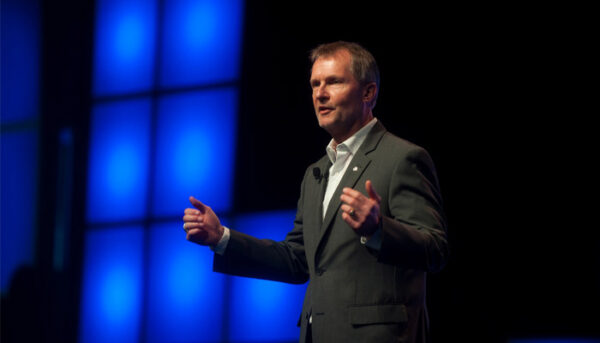 Massimo Moretti founded WASP in 2012 with a group of young designers. After graduating as an electronics engineer, he started developing various products and worked with many research centers, university, large international companies in sectors such as mechanics, cosmetics, chemistry, etc. He launched the company WASP, specialized in the development of 3D printers and quickly turned to the construction sector. His goal is to design more environmentally friendly structures, relying in particular on local resources. In 2021, the TECLA project is finally completed – it is a house entirely 3D printed from raw earth. An initiative carried by Massimo and his team that we wanted to salute. 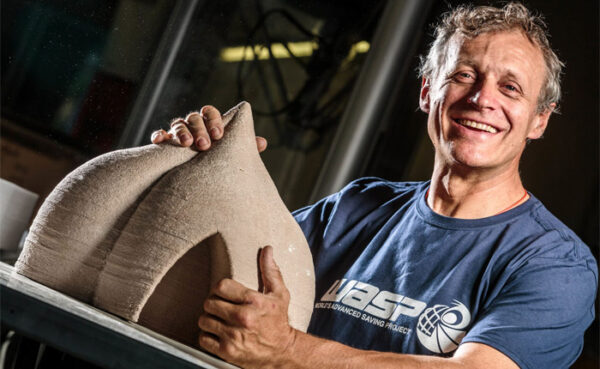 What do you think of our choices for additive manufacturing personalities of 2021? Let us know in a comment below or on our Linkedin, Facebook, and Twitter pages! Don’t forget to sign up for our free weekly Newsletter here, the latest 3D printing news straight to your inbox! You can also find all our videos on our YouTube channel.