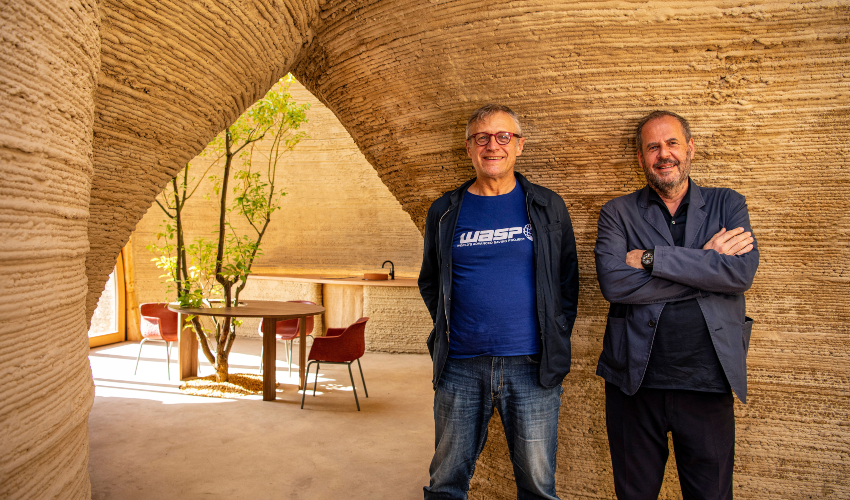 WASP and Mario Cucinella Architects have officially finished construction on their first eco-sustainable housing project, TECLA.  3D printed entirely from local raw earth, TECLA originated as a low carbon housing alternative responding to the climate crisis. We have previously covered the project, noting its originality and innovativeness especially in the field of sustainable construction. Now, two years later, we are happy to report that the project has become reality and the first TECLA home is currently standing strong in Massa Lombarda, near Ravenna in Italy.

The project is one that is dear to its creators, Massimo Moretti the founder of WASP and Mario Cucinella. They note that it will help address two separate needs, creating sustainable homes (addressing the climate emergency) that can then be used as a solution for the global housing emergency, expected to worsen as a result of natural disasters and large-scale migrations resulting from climate change. Cucinella commented: “We like to think that TECLA is the beginning of a new story. It would be truly extraordinary to shape the future by transforming this ancient material with the technologies we have available today. The aesthetics of this house are the result of a technical and material effort; it was not an aesthetic approach only. It is an honest form, a sincere form.” 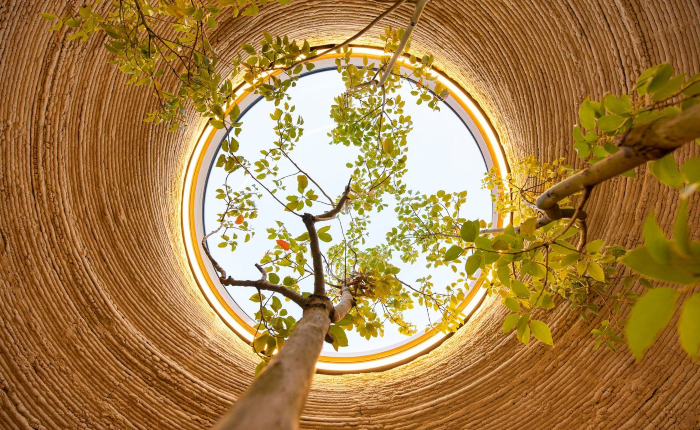 TECLA was made possible by the synergetic partnership between Mario Cucinella Architects and WASP, combining technologies both old and new. On one hand, the pair drew on past concepts of architecture and urban planning, including twentieth century metaphors of Italo Calvino’s Invisible Cities, forever in construction. TECLA’s design also derives itself from the timeless aesthetic of ancient homes with a curved structure and atypical shape. This is also evident in TECLA’s sky lights, named ‘zenith lights’, referring to the highest point in the celestial sphere imagined centuries ago.

On the other hand, the project also relied on innovative modern technologies pointing towards the wider global movement towards customisation, Industry 4.0 and IoT. This is illustrated by WASP’s state of the art 3D printer Crane. It is the first in the world to be both modular and multilevel, and enables two 3D printers to function simultaneously and synchronously. Moreover, each building is adapted, in both composition and shape, according to its  location’s climatic conditions and latitude. 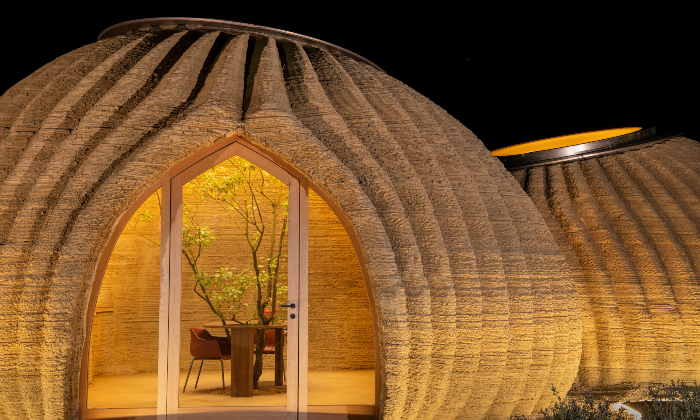 Now, with the first TECLA house completed, Massimo Moretti, the Founder of WASP, looks toward the future of this initiative with interplanetary ambition: “TECLA shows that a beautiful, healthy, and sustainable home can be built by a machine, giving the essential information to the local raw material. TECLA is the finger that points to the Moon. The Moon is the home, as a birthright, for everybody on the planet. From TECLA on, that’s getting possible.” You can find more information HERE.

Would you live in a TECLA home? Let us know in a comment below or on our Facebook, Twitter and LinkedIn pages! Sign up for our free weekly Newsletter here, the latest 3D printing news straight to your inbox!