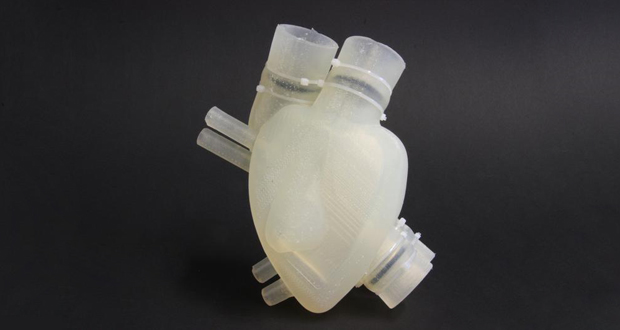 Zurich University of Applied Sciences is already well known on the 3D printing scene for their affiliation with Crytosurge as well as for breeding students that have created wonders such as the 6-axis 3D printer. Now, stepping back into the limelight, the university has decided to dive into medicine: successfully 3D printing a functional human heart made from silicon.

The success of this heart is thanks to a team of Swiss researchers who were led by a doctoral student, Nicholas Cohr. Thanks to their dedicated research, they were able to create an artificial heart that mimics that of a human heart, a huge accomplishment for the future of medical implants. 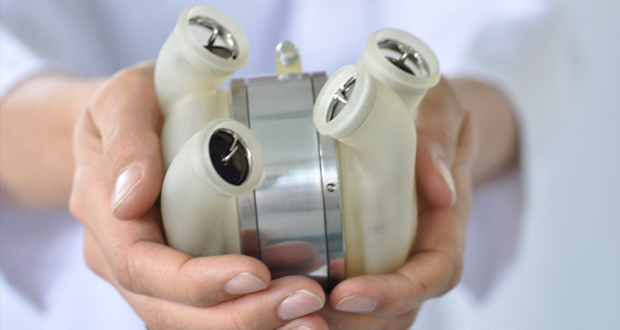 As explained by Cohrs, the goal when developing the heart was to create one that was the same size as a patient’s and that also imitates that of a human heart in terms of both form and function. With around 26 million people around the world suffering from cardiac related issues, the team’s developments have not gone unnoticed, as it could potentially be used as a temporary solution for patinets who are waiting for an organ donor.

In order to create the complex inner structures of the heart, the researchers required the use of a 3D printer, which would be able to create the complex characteristics found inside a heart. In addition, the researchers needed to ensure that the heart was both soft and flexible, as typical heart models of the past were clunky and less similar to an actual heart. To accomplish this, the team decided to use silicon, as it gives them both of the characteristics that they needed. 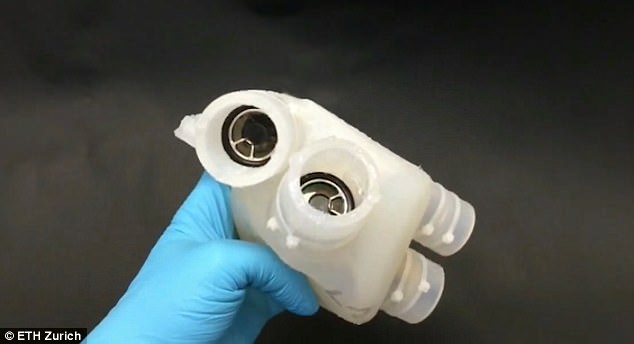 Once printing was complete, the team was left with a lifelike heart that included the same parts found in our own, including the right and left ventricle. The only difference that can be found in their heart versus our own is that the team decided to remove the wall that separates the right and left ventricle and instead, added an extra chamber that is inflated and deflated by pressurized air, which mimics the human pulse to pump blood.

“As a mechanical engineer, I would never have thought that I would ever hold a soft heart in my hands,” said Anastasios Petrou, the grad student who led the testing. “I’m now so fascinated by this research that I would very much like to continue working on the development of artificial hearts.” 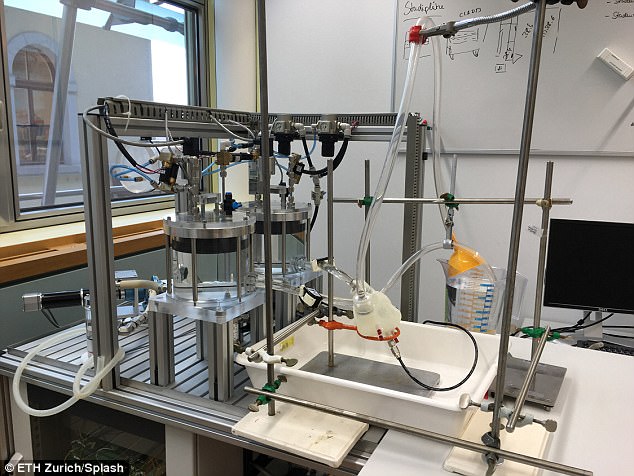 As of right now, the heart is still a concept and is not ready for actual implantation. This is because the material only lasts for about 3,000 beats, which is enough to keep someone alive for around 30 or 45 minutes. The job of the researchers now is to find or develop a material that is able to withstand the needs of the organ to last for longer periods of time.

What future developments do you think we will see thanks to this 3D printed heart? Let us know in a comment below or on our Facebook and Twitter pages! Don’t forget to sign up for our free weekly Newsletter, with all the latest news in 3D printing delivered straight to your inbox!

Top 5 Videos: A Spray to Better Scan Your Parts…

What Role Can 3D Printing Play in Papermaking?