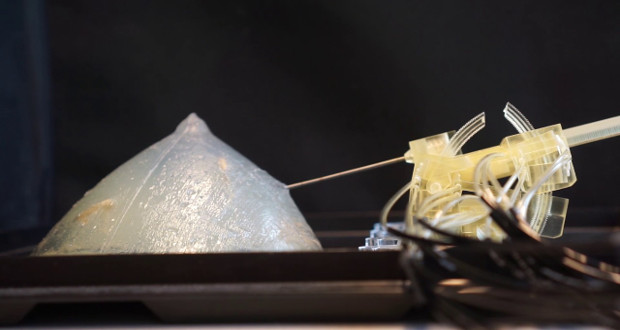 3D printing has touched a number of different industries, but one that has seen significant innovations over the last couple years has been none other than the medical field. Thanks to its ease of adoption, 3D printing is helping to move medicine to the next level in the fight against cancer. Following a breakthrough in 3D printed ovaries for women who have been left infertile due to cancer earlier this year, researchers at the University of Twente in the Netherlands, in collaboration with Ziekenhuis Groep Twente, have now created the world’s smallest, most accurate 3D printed biopsy robot for use in detecting breast cancer.

In 2017, there are an expected 252,710 new cases of breast cancer in women to occur, with another 2,470 new cases for men in the United States alone. As a cancer that affects millions of people each year around the world, recognizing breast cancer as early as possible could mean life or death. Because of the inaccuracies that can occur due to human error, this new robot could be a lifesaving tool for breast cancer diagnosis. 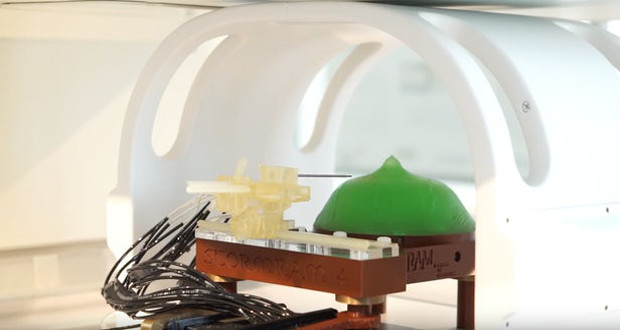 Called the Stormram 4, the robot works by collecting cells needed for biopsies, with an accuracy that greatly outweighs that when done with a human hand. During manual MRI breast biopsy procedures, the process can last a very long time and can sometimes prove ineffective, due to the loss of cells. In addition to this, doctors have to use a thick needle to extract the tissue samples, a process that sometimes has to be done multiple times.

To help combat these issues, the researchers decided to create a robotic system that uses a thin needle for biopsy, offering a more accurate diagnosis. In addition, the robot is driven by rectilinear and curved air pressure motors, which allows it to move faster than when done by a human hand. 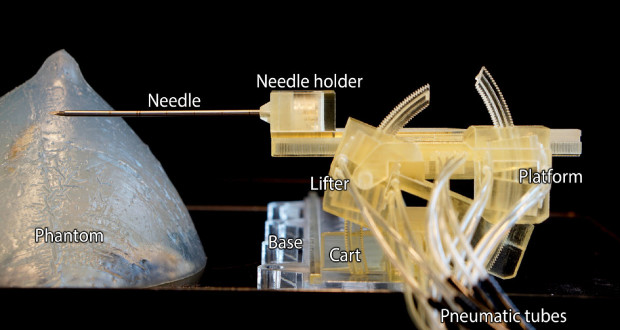 To create the robot, researchers decided to use 3D printing; printing on a high-resolution polyjet 3D printer. The body of the robot was created using a plastic that does not affect the MRI scanner’s magnetic field, which took the creation of three other models to arrive at this final model. The reason for this is that the researchers had to find a way to create a robot that did not include an electric motor, as this would interfere iwth the MRI scanner. In the end, they were left with a robot who is able to run on air pressure and is controlled by an operator outside of the scanner.

“The robotic system can manipulate the needle more precisely toward target coordinates of the lesion inside the body, on the first attempt,” explained Groenhuis. “This will improve the accuracy of the biopsy procedure compared to the current manual practice. Secondly, the needle insertion can be performed inside the MRI scanner itself, so that the needle can be followed under nearly real-time imaging guidance. The required time to perform the biopsy is also shorter, allowing more effective use of the MRI scanner facilities.” 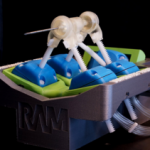 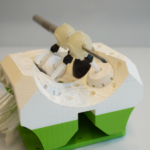 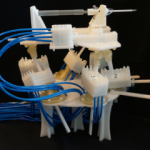 Development of the Stormram 4 was done by Vincent Groenhuis MSc, Dr. Françoise Siepel and Prof. Stefano Stramigioli from the University of Twente’s Robotics and Mechatronics (RAM) lab. Additionally, there was close collaboration with Dr. Jeroen Veltman, a radiologist at Ziekenhuis Groep Twente (ZGT) to create the plastic frame of the robot. As of today, this little robot is still in its final stages of design, with a few more years of development expected for it.

See the robot in action below

What do you think the Stormram 4 could mean for the future of breast cancer detection? Let us know in a comment below or on our Facebook and Twitter pages. Don’t forget to sign up for our free weekly Newsletter, with all the latest news in 3D printing delivered straight to your inbox!