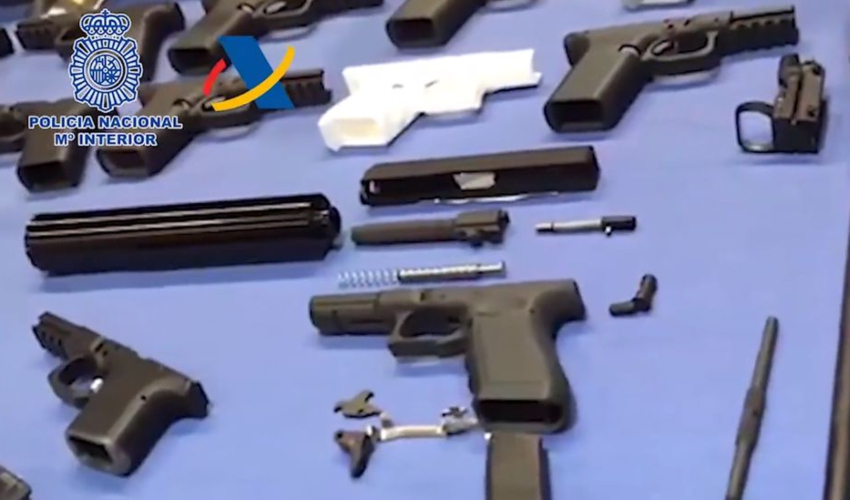 In a joint effort between the National Police and officials of the Tax Agency, the first illegal 3D printed weapons manufacturing workshop in Spain has been dismantled. While the operation itself was carried out a few months ago on September 14, 2020, the police did not release a public statement until yesterday. They arrested a potential suspect in Santa Cruz, Tenerife after finding several weapons and explosives in his possession. They were able to find the workshop thanks to an internet monitoring team that noticed suspicious activity.

The police also found evidence that the workshop had links to supremacist groups, including two flags representing a triskele (a common far-right symbol) as well as a gun holster with the emblem of the German National Socialist Army. The police noted that the arrested man was also in possession of more than thirty manuals including a “terrorist, urban guerrilla, military, homemade explosives manufacturing manuals, a manual on the use and handling of firearms and one on the manufacture of firearms through 3D printing.” 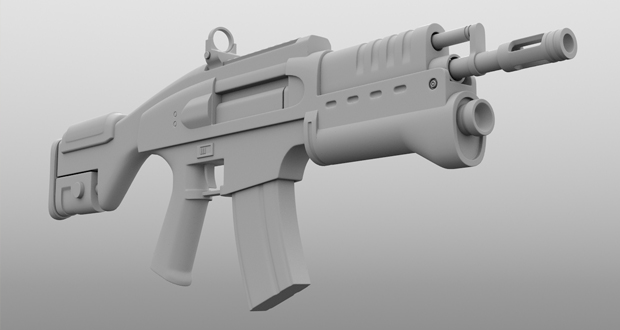 A 3D Model of a Firearm.

The police also uncovered two 3D printers, 11 spools of filament for 3D printers and numerous computer devices used for manufacturing. Furthermore, they found 19 short gun frames which had been manufactured using 3D printing, nine magazines, two silencers, two unnumbered short gun slides, two pieces for rifling barrels, two firing pins, a replica AR-15 Airsoft assault rifle, a carbine with telescopic sight, several metal tubes for making barrels, a holographic scope, a plastic mold for making frames and various short gun parts. There were also several non-firearm related weapons that were seized including two taser pistols, five knives, a machete, and even a katana, they did not however specify if these had been additively manufactured.

In their press release the police described additive manufacturing as “a disruptive technology that exponentially increases the danger of the proliferation of firearms, facilitating access to them by criminal or terrorist groups.” Currently, the manufacture and possession of 3D printed guns varies in terms of legality depending on the country you’re in. While the UK has no specific law relating to additively manufactured firearms, they do fall into the same category as those mentioned in the Firearms Act of 1968 which bans the manufacturing of guns and gun parts without government approval. Singapore, on the other hand, has taken the idea a step further and this year passed a Bill that would make owning digital blueprints of a gun or gun part without a licence illegal, as well as other 3D printed weapons. Similarly, in Canada it is illegal to manufacture or possess a 3D printed firearm without a licence and registration. 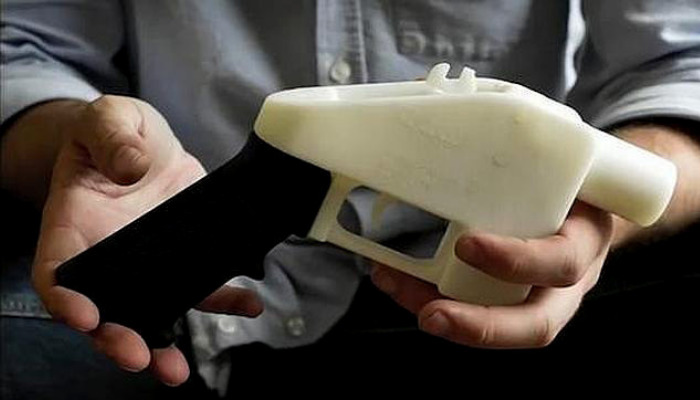 A 3D printed gun known as the “Liberator”

The situation in the US however is considerably different. In line with looser legal restrictions on guns generally, 3D printed guns are in fact legal in the country. While they were indeed banned until 2018, this was revoked by the Trump administration. However, it is illegal in the US to possess 3D printed guns without metal parts for the reason that they go against the Undetectable Firearms Act since they are undetectable by metal detectors. You can read more about the history and current state of 3D printed guns in our article HERE.

Following the wider expansion of additive manufacturing across several sectors, there have also been several advancements in 3D printed weapons. This is largely thanks to the improved quality of resin 3D printers and in the increased accessibility of metal 3D printers. While 3D printable gun files have mostly needed some non-3D printed parts before becoming functional, the police noted that the man they arrested was capable of manufacturing a small but functional firearm. Other reports of the incident have also claimed that the man was able to print the barrel of the gun within minutes.

You can read the full press release from the Spanish police HERE. What do you think about 3D printed weapons? Let us know in a comment below or on our Facebook, Twitter and LinkedIn pages! Sign up for our free weekly Newsletter here, the latest 3D printing news straight to your inbox!