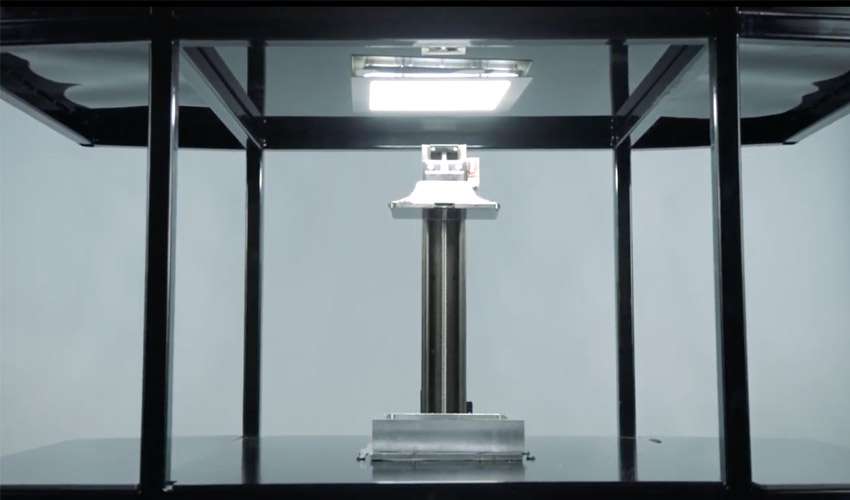 At the Virginia Tech Institute of Creativity, Arts and Technology, a team of researchers has just presented its brand new SLA 3D printer. Called Source Form, it looks like yet another SLA machine, but in reality, it should allow parts to be 3D printed without the need of an STL file. The Source Form is be able to create objects by assembling images, through a process called photogrammetry. It is based on downloaded data, such as crowdsourced images – the more images are downloaded, the more accurate the 3D printer will be.

The STL format, which describes the surface condition of the part, is one of the most widely used in the 3D printing industry. It is then cut into several slices by a slicer who sends all the instructions to the 3D printer. These steps are key in the 3D printing process – that’s why having a good STL file saves a lot of time. Now, it looks like users will be able to save even more time with the Source Form 3D printer from these American researchers. The machine’s capabilities were recently presented at the ACM SIGGRAPH 2019 in Los Angeles. 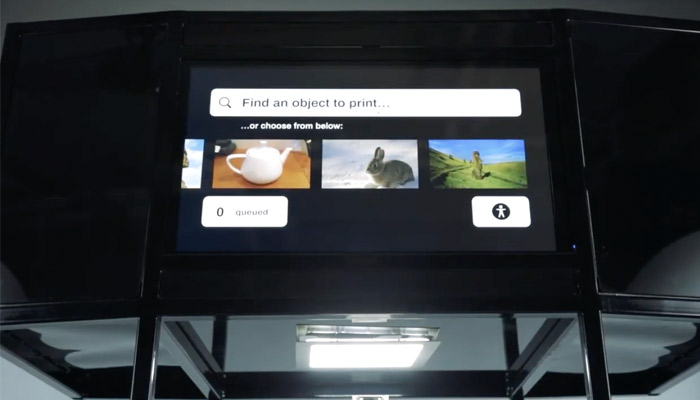 To 3D print a part on the Source Form, the researchers explain that you must first enter the name of the desired object in the machine. The machine performs an image search based on this text and the user comments on the accuracy of the recovered content. This will then allow the printer to improve its search process in the future. After this step, the Source Form performs an inverted image search to obtain other relevant images of the same object on the Internet. Therefore, the more people upload photos to the Internet, the more accurate the 3D printer will be. The researchers specify: “When Source Form is asked to print the Statue of Liberty today and then print again 6 months from now, the later result will be more accurate and detailed than the previous version. As people continue to take pictures of the monument and upload them to social media, blogs and photo sharing sites, the database of images grows in quantity and quality.”

They go on to explain that the 3D printer then builds a 3D mesh reconstruction that is gradually processed and refined until it is ready for printing. This includes thickening the surface to create printable functions and eliminating those that are too small. Once this operation is completed, the system splits the voxel-based geometry into bitmap images of each layer, which can then be sent to the 3D printer. The team chose mask spray tank photopolymerization (MPVP) to create the finished models, a preferred technology for its high quality resolution, good surface finish and accessibility compared to powder bed fusion or material jetting.

It is not known when the Source Form will be available on the market or who will be the first customers to benefit from it. We will keep you informed! In the meantime, you can consult the Institute’s project website HERE.

What do you think of Source Form? Let us know in a comment on our Facebook and Twitter pages! Don’t forget to sign up for our free weekly Newsletter, with all the latest news in 3D printing delivered straight to your inbox!