Smart Art; 3D printing for a culture of inclusion 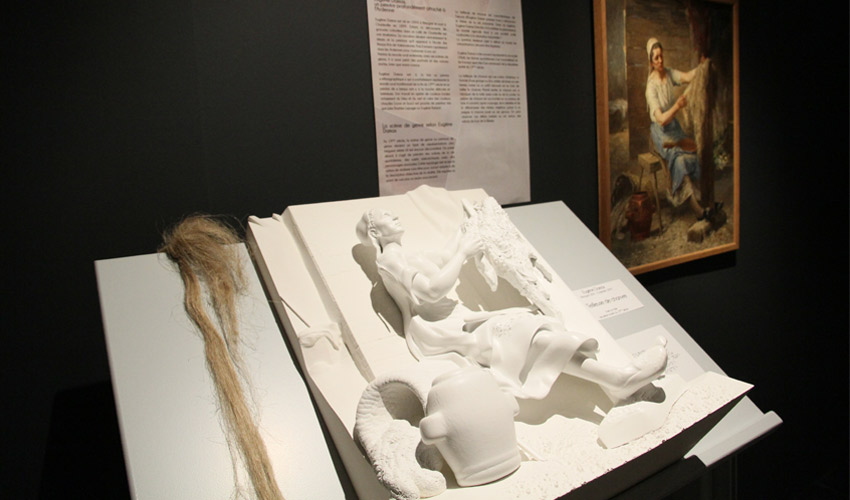 Smart Art is a French consortium that brings together several players from the Greater East region, particularly Champagne Ardenne. Last year they organised an exhibition called “The Essential is invisible to the eyes” for the visually impaired. The works presented are indeed tactile and accompanied with a soundtrack so that they can live an experience that brings them closer to culture and art. Some of these works have been 3D printed, showing the link between 3D technologies and disability, joining other projects such as See3D. We met Vincent Marquet, engineer at FabLab SmartMaterial at the University of Reims Champagne-Ardenne to learn more about the exhibition, the technologies used and the results obtained.

3DN: Can you introduce yourself and the different partners of the project?

We are several partners behind this project, its main bearer being the association Lire Aussi. The Michel Fandre Institute and the Musée de l’Ardenne in Charleville-Mezières (CM) selected the works and organised the exhibition. The Laboratory of Engineering and Materials Science (LSIM) of the University of Reims Champagne-Ardenne has printed the tactile works. And the University of Technology of Troyes has produced the specifications. 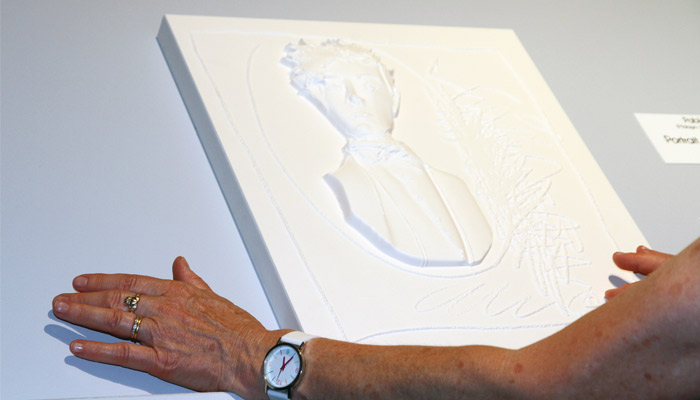 3DN: How was the Smart Art project born?

For several years, the IFTS of Charleville-Mézières collaborated with the association Valentin Haüy within the framework of student projects whose objective was modeling and the realization of tactile models. For their part, the UTT and the association Lire Aussi worked on the Seeit project for the welfare and development of the autonomy of blind and visually impaired people. Do to their skills, these different organisations came together to respond to the “Innov’action” call for projects launched by the regional council. This project titled Smart Art, had as its main purpose an exhibition of tactile models representing 13 masterpieces of CM museums. The exhibition was named L’essentiel is invisible to the eyes and lasted 3 months.

3DN: What were the different stages of the project?

We first modelled the works with the Blender software. We did this work with the Valentin Haüy association, which took us about 70 hours. Once this step was completed, the LSIM prepared the files obtained for printing. They cut the files using CAM software. The next step was naturally 3D printing and then machining, which took us about 130 hours. Post-treatment required 40 hours between assembly, gluing and painting. 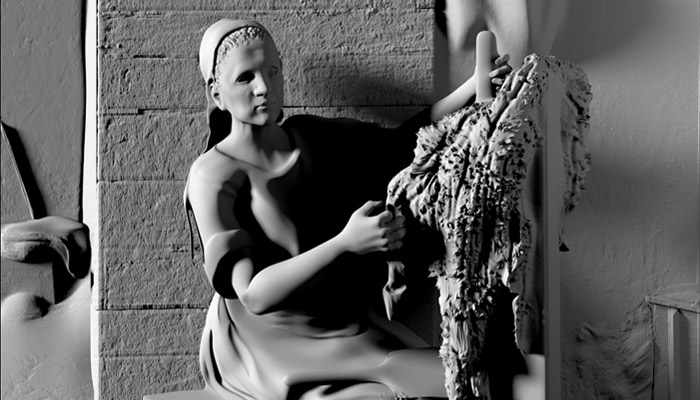 We used the equipment available at the FabLab SmartMaterial at the University of Reims Champagne-Ardenne. It currently has FDM 3D printers such as Ultimaker, SLA and DLP printers and a CNC machine and laser cutter. This allowed us to use several materials such as PLA, EPOXY and LAB which is a polyurethane foam. On average, we were able to create tables of 600 x 400 x 100 mm.

3DN: What was the main purpose of this exhibition?

One of the main objectives of the exhibition was to make the visually impaired visitor independent in the construction of his visit and artistic choices. Thus, a sound track allowed him to discover the work, either by an adapted music, or by an audio description. He would be able to choose between the two. It should also be noted that the exhibition allowed the seers to put themselves in a situation of mischief. So that this presentation meets the objectives of social inclusion that it had set. This through two experiences of crossed visitors.

3DN: What can we discover?

We have made several tactile paintings but also busts. You can for example touch the head of Rimbaud wounded in Brussels in 1873 but also plunge your hand in the pot of the Hemp Toolbox immortalised by Eugene Damas in the nineteenth century. As for the paintings, we have taken over masterpieces by Picasso or Sisley.

3DN: In your opinion, how can 3D printing help to access Art and Culture?

For the first time, the print offers an extra dimension to the realisation of a tactile model. This by allowing the characters to come out of the background, thus offering a better understanding of the work. The diversity of materials and the type of 3D printing technology help to define even more detailed textures and details that enhance the visitor’s feeling and emotion. However, the touch panel is not an end in itself. The technical locks that 3D printing allowed to lift are only there to offer an innovative tool to a sensitive discovery of the artwork.

General view of the exhibition

What do you think of the Smart Art initiative? Let us know what you think in a comment below or on our Facebook and Twitter pages! Don’t forget to sign up for our free weekly Newsletter, with all the latest news in 3D printing delivered straight to your inbox!