Silica aerogel, the most insulating of all 3D printing materials 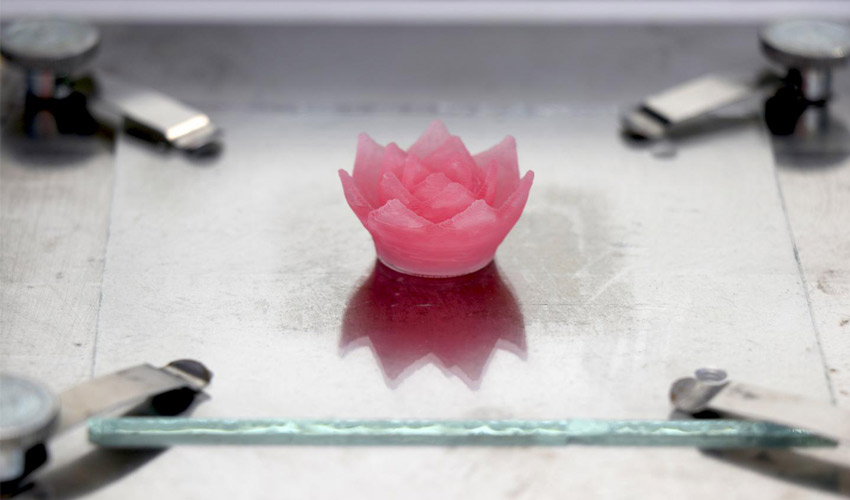 There is a lot going on with 3D printing materials! Recently, a team of researchers has succeeded in 3D printing with silica aerogel, the most insulating material of all. Known for being rather brittle, this material is often reinforced with fibers and used for rather large-scale applications – a part that is too small, for example, would tend to break. That’s why silica aerogel was rarely used in 3D printing, at least not in small-scale applications as the risk of failure is too high. This is was until the EMPA team in Switzerland, led by Shanyu Zhao, Gilberto Siqueira, Wim Malfait and Matthias Koebel, has succeeded in producing stable microstructures from silica aerogel using a 3D printer.

Silica aerogel is a kind of light, porous foam that offers very high thermal insulation – it is believed to be the best insulation available on the market today. This material is composed of a very light amorphous silica structure with more than 95% air in its pores, which gives it an unprecedented lightness. While these properties are interesting for a number of applications, let’s not forget that it is a very fragile material that is difficult to saw, mill or even 3D print. Yet that’s what the EMPA team did: they 3D printed structures as thin as a tenth of a millimeter! 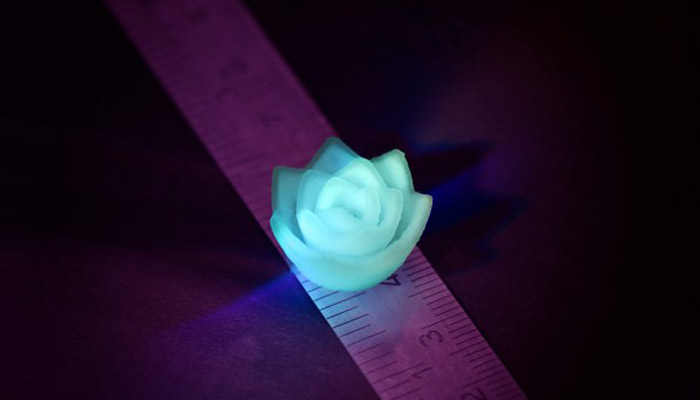 The team remains fairly discreet about the printing process itself, but they say they used a silica ink from which the aerogel is created. One could therefore imagine a process similar to those used in extrusion-based bio-printing where the bio-ink is deposited layer by layer. Only here instead of cells we have silica ink. Patent pending, this method would allow to precisely adjust the flow and solidification properties of the ink, thus offering the possibility to print self-supporting structures and very thin membranes. In order to test this printing method, the Swiss researchers have additively manufactured a lotus flower: it has hydrophobic properties and low density that allow it to float on the surface of the water.

The team says, “3D printed silica aerogel has better mechanical properties and can even be drilled and milled. This opens up completely new possibilities for the post-processing of 3D-printed aerogel casts“. For researchers, this discovery could have a significant impact on many applications, especially in terms of insulation. 3D printed microstructures could thermally insulate even the smallest electronic components from each other. The 3D printed silica aerogel would be of real interest in the high-tech industry, for example in microelectronics, robotics, biotechnology and sensor technology. Researchers explain that the material can also be used to shield heat sources inside medical implants, which must not exceed a surface temperature of 37 degrees to protect body tissue.

EMPA researchers are currently looking for industrial partners who would like to integrate 3D printed aerogel structures into new high-tech applications. More information can be found on the official EMPA website.

What do you think about the 3D printed suspension design? Let us know in a comment down below or on our Facebook and Twitter pages! Don’t forget to sign up for our free weekly Newsletter, with all the latest news in 3D printing delivered straight to your inbox!