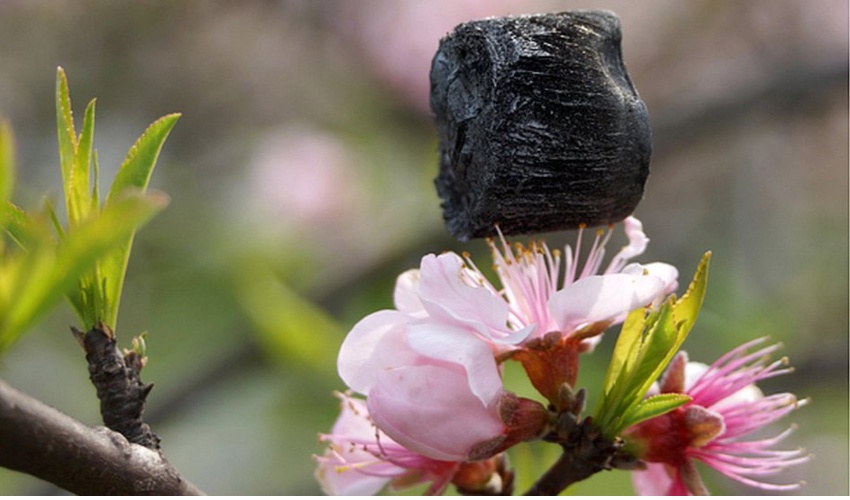 Graphene has been considered a wonder material since its discovery in 2004. An allotrope of carbon that consists of a layer of atoms arranged in a two-dimensional honeycomb lattice, it has been used more and more often for the production of rechargeable batteries. Recently, however, it was successfully used for a very different purpose. Engineers at the University at Buffalo have published a recent paper on a new process for 3D printing graphene aerogels that will can be used to filter contaminated water. The authors of the study, including Nirupam Aich, Nano. Arvid Masud and Chi Zhou, hold a patent for the aerogel described in the study, “Emerging investigator series: 3D printed graphene-biopolymer aerogels for water contaminant removal: a proof of concept,” and are currently looking for industrial partners to commercialize the process.

What makes aerogels so special?

To properly understand the principle behind this study, one must first be aware of the properties of graphene and aerogels. Graphene, as mentioned earlier, is a nanomaterial formed from elemental carbon and consisting of a single flat layer of carbon atoms. Since it is just a single layer, graphene is considered the thinnest material in the world. What makes it special is that despite its thinness and lightness, the material has an enormous tensile strength of 130 GPa – compare that to steel, which has a tensile strength of 310 to 690 MPa. It is also electrically conductive, flexible and almost transparent. Aerogels, on the other hand, are lightweight, highly porous solids. In fact, these solids are composed of over 99 percent air, or pores, making them the lightest, lowest density solids in the entire world. Yet aerogels are also strong and elastic. So when you combine these two incredible discoveries, it’s hardly surprising that the result leaves you speechless: the resulting combination is 7.5 times lighter than air and has a density 1,000 times smaller than water, making it the lightest material in the world. 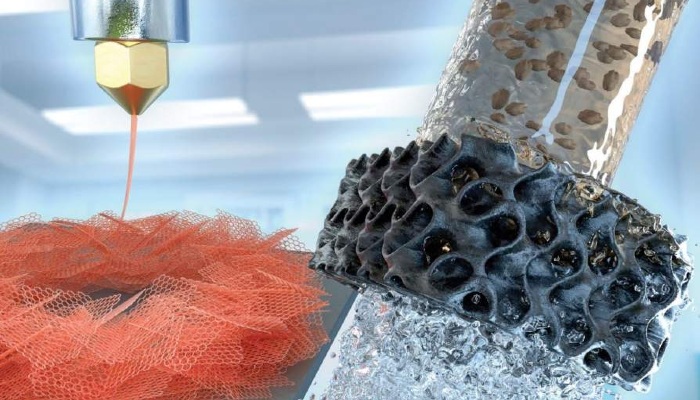 Here you can see a 3D printer printing the aerograph plate on the left. On the right is the aerogel that filters polluted water. (Photo Credits: Environmental Science: Nano)

The new process for 3D printing graphene aerogels is expected to overcome two critical hurdles for water treatment, according to those involved in the study: scalability and creating an aerogel that is stable enough for repeated use. The ability to scale aerogels in size – as opposed to nanosheets – eliminates the previous problem of producing them on a large scale. This, in turn, makes the process suitable for use in large-scale facilities, such as wastewater treatment plants. In addition, the aerogels leave no residue in the water when it is filtered. Study co-author Nirupam Aich states, “We can use these aerogels not only to contain graphene particles but also nanometal particles which can act as catalysts. The future goal is to have nanometal particles embedded in the walls and the surface of these aerogels, and they would be able to degrade or destroy not only biological contaminants, but also chemical contaminants.”

In already conducted tests, the reconfigured aerogel proved successful: heavy metals, such as lead and chromium, which often plague water systems, as well as organic dyes and solvents, such as hexane, heptane and toluene, were successfully filtered out. To demonstrate the aerogel’s reuse potential, the researchers ran organic solvents through the aerogel 10 times. With each run, the aerogel was again able to remove 100 percent of the solvents. The end result is that the aerogel acts as a sieve, filtering out the “bad” substances and allowing only the pure water to pass through. If you want to learn more, you can access the complete study here.

What do you think of this new way to filter contaminated water? Let us know in a comment below or on our Linkedin, Facebook and Twitter pages! Sign up for our free weekly Newsletter here, the latest 3D printing news straight to your inbox! You can also find all our videos on our YouTube channel.