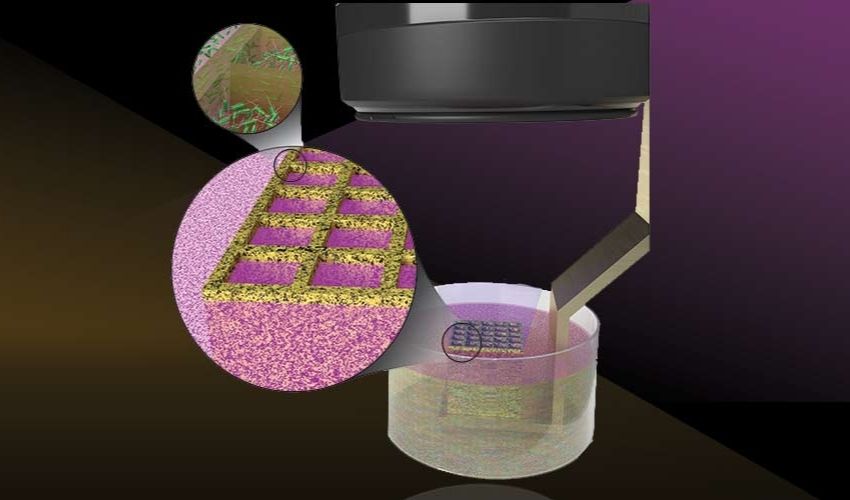 Scientists from Lawrence Livermore National laboratory (LLNL), a U.S. federal research facility located in California and founded by the University of California, Berkeley, have announced that they have developed a new method print living microbes in controlled patterns using 3D printing. They hope that this will help increase the potential for bacteria to perform a number of crucial tasks including recovering rare-earth metals, clean wastewater, detect uranium and more as scientists would be able to bioprint more optimized microbe structures on biofilms.To accomplish this the team used a resin-based process and their own Stereolithographic Apparatus for Microbial Bioprinting (SLAM) 3D printer.

Bioprinting has long been gaining traction in the medical sector for its immense possibilities. For example, previously companies have looked into how bioprinting could be used to print live cells in order to create organs or do cancer research. In this case, rather than focusing on applications for human medical issues, the scientists have found a way to use bioprinting to create more optimized patterns and structures using bacteria, allowing them to be used for more applications. 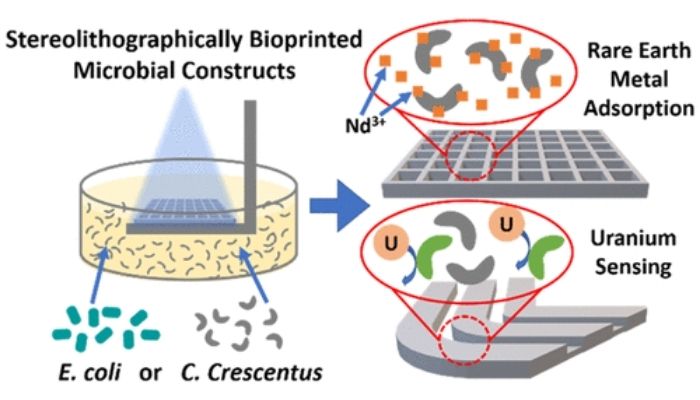 Unlike many bioprinting projects which use extrusion, this technology is based on stereolithography, or more specifically it uses LED lights like LCD printing

To accomplish this, the team used light and bacteria-infused resin to create the 3D-patterned microbes. Using a technique that is reminiscent of LCD printing as they used photosensitive bioresins and then trapped the microbes in the appropriate 3D structures using LED light, similar to a projector as can be seen in the image above. Thanks to the SLAM 3D printer, the researchers were able to print at a resolution of about 18 microns which is the diameter of a human cell. By creating a different pattern of the microbes, the researchers have discuovered that they can actually pair the performance of the microbial communities to the task at hand. 3D printing has given them the ability to develop tools to investigate how they behave in different geometric conditions and see how to apply those results to real world applications.

Principal investigator and LLNL bioengineer William “Rick” Hynes expanded, “We are trying to push the edge of 3D microbial culturing technology. We think it’s a very under-investigated space and its importance is not well understood yet. We’re working to develop tools and techniques that researchers can use to better investigate how microbes behave in geometrically complex, yet highly controlled conditions. By accessing and enhancing applied approaches with greater control over the 3D structure of the microbial populations, we will be able to directly influence how they interact with each other and improve system performance within a biomanufacturing production process.” If you want to learn more, you can download the study HERE. 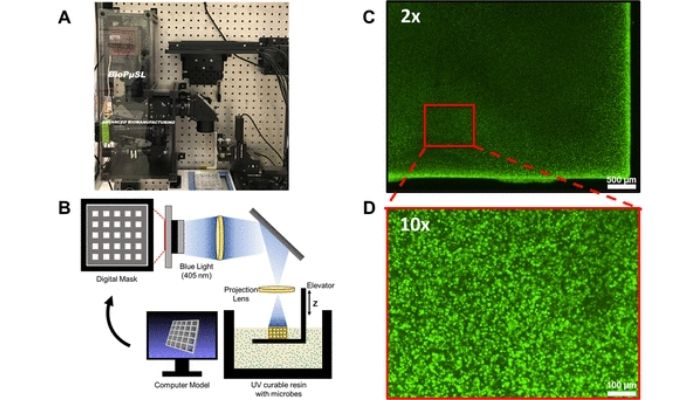 What do you think of this study on to use 3D printing for microbes? Let us know in a comment below or on our Linkedin, Facebook, and Twitter pages! Don’t forget to sign up for our free weekly Newsletter here, the latest 3D printing news straight to your inbox! You can also find all our videos on our YouTube channel.