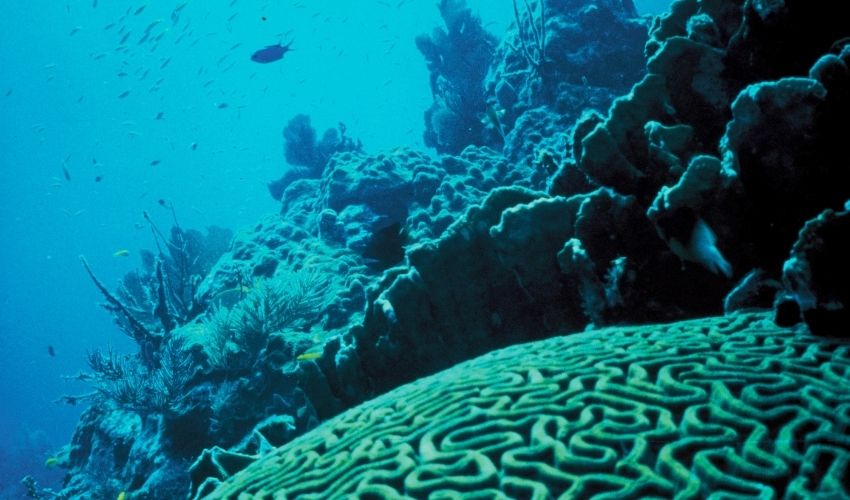 Marine life has suffered significantly due to environmental issues in the past few years. Global warming and the accelerated urbanization in coastal areas has driven different parts of the life underwater to the edge of extinction. One alarming example is the worrying situation of coral reefs. In a new attempt to save the devastated underwater ecosystem, researchers from four of Israel’s leading universities have introduced a 3D printing method they developed to help preserve coral reefs

In this particular project, the model was based on the structure of coral reefs off the southern coastal Israeli city of Eilat, though the resarchers have of course made it adaptable to other marine environments. Ultimately, they hope that it will help to significantly revive troubled coral reefs across the world. Natalie Levy, a Ph.D. student at Bar-Ilan University in Israel and one of the members of the research team, explains: “The rapid decline of coral reefs has increased the need for exploring interdisciplinary methods for reef restoration. Examining how to conserve the biodiversity of coral reefs is a key issue, but there is also an urgent need to invest in technology that can improve the coral ecosystem and our understanding of the reef environment.” 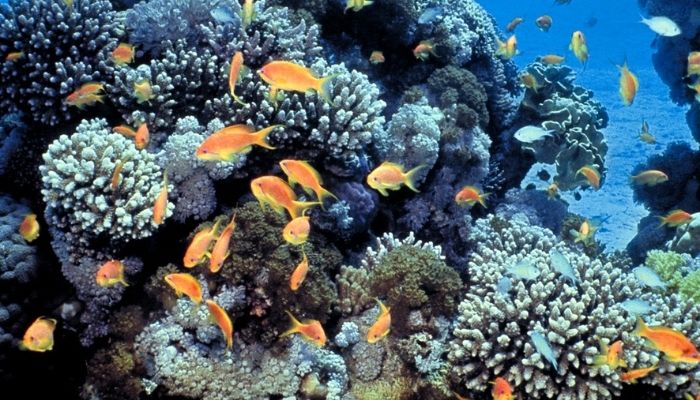 Coral reefs from the Gulf of Eilat (photo credits: Daviddarom)

The Process of Reforming the Reefs

3D printing has been increasingly looked at as a way to solve many of the problems face the planets. With coral reefs in particular, it has been put forth as a way to print with materials that are more natural, creating more low-cost but geometrically complex shapes to form a base for coral reefs to be restored. In this particular, the coral reef is scanned from all angles and a 3D model is assembled from thousands of images are photographed.

That however is not all. The researchers are also using a molecular method of collecting environmental genetic information of the reef in order to have accurate data of the organisms. These data can then be integrated with other parameters before being added into the 3D technology algorithm,  making it possible to generate an interactive 3D model of the reef which can be designed to fit the designated environment. 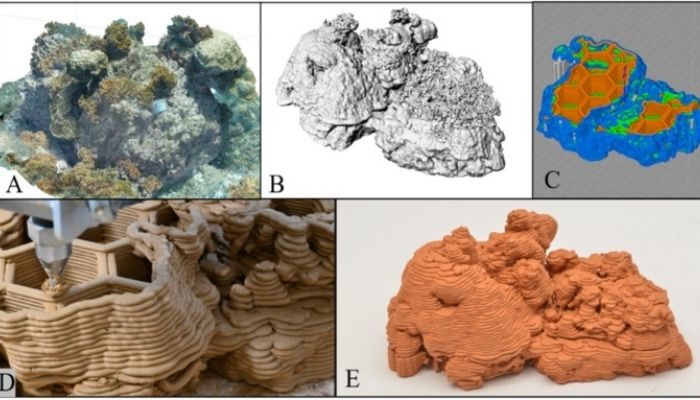 The complete process, consisting  of 3D scanning, environmental DNA sampling and a 3D printing algorithm allows an in-depth and accurate examination of the data from the reef , that can also be used to check the level of effectiveness and efficiency of the structure after its been implemented.  Ph.D. student Ofer Berman, from the Technion’s Architecture and Town Planning Faculty expanded: “The use of three-dimensional printing allows extensive freedom of action in reality algorithm-based solutions, and the assimilation of sustainable production for the development of large-scale marine rehabilitation.”

The final stage is the creation of the ceramic reef. Unlike other projects which have just used 3D printing to create suitable bases for coral to grow, this project does actively seek to replicate the reefs themsleves turning them into foundations for continued life in the region. This will encourage biodiversity in the area, allowing for a healthier marine environment. The scientists chose to make the reefs out of a unique ceramic as it is naturally porous underwater. This they claim make it ideal both as a construction material and to meet restoration needs in the area.

All in all, the project is on of the many examples of how the environment can be saved, using innovative additive manufacturing technologies and conducting research. Which we can all agree is certainly important for the future of the planet. You can download the scientific paper from ScienceDirect HERE.

What do you think of the initiative to save coral reefs using 3D printing? Let us know in a comment below or on our Linkedin, Facebook, and Twitter pages! Don’t forget to sign up for our free weekly Newsletter here, the latest 3D printing news straight to your inbox! You can also find all our videos on our YouTube channel.

#3DStartup: Viewpointsystem on Using AM for Their Smart Glasses

Will the Mobile Gantry Soon Allow Life on Mars?