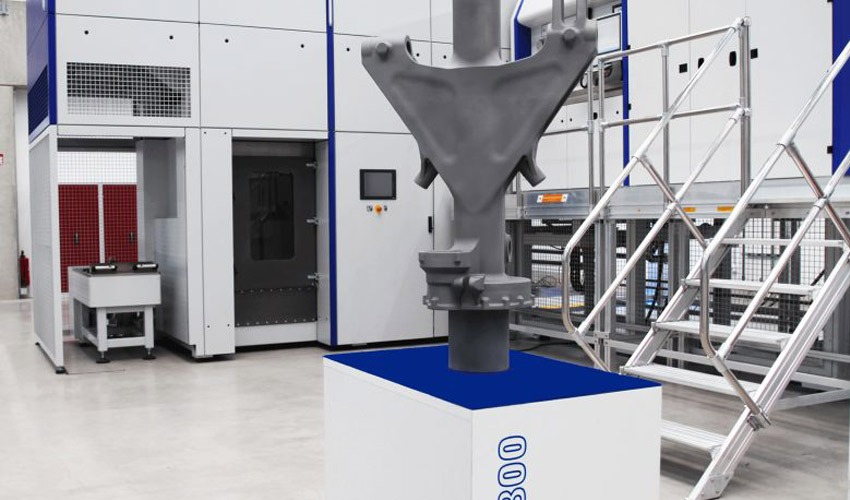 The French industrial group Safran, and more specifically the Safran Landing Systems branch, has used SLM Solutions‘ Selective Laser Melting (SLM) technology to produce a component of a business jet’s nose landing gear. More concretely, they have used metal additive manufacturing to make  one of the parts used to transfer loads from the wheel to the aircraft structures and which retracts after take-off. It measures 455 x 295 x 805 mm, a fairly large volume for metal AM. Thanks to this production method, Safran has reduced the total weight of the part by 15%, while maintaining its mechanical properties. The component in question is 3D printed from titanium, and is subject to high stresses. Because of this stress, this part has never before been created using additive manufacturing, due to the loads involved. The French equipment manufacturer is therefore demonstrating the full potential of 3D technologies in the aeronautical sector. 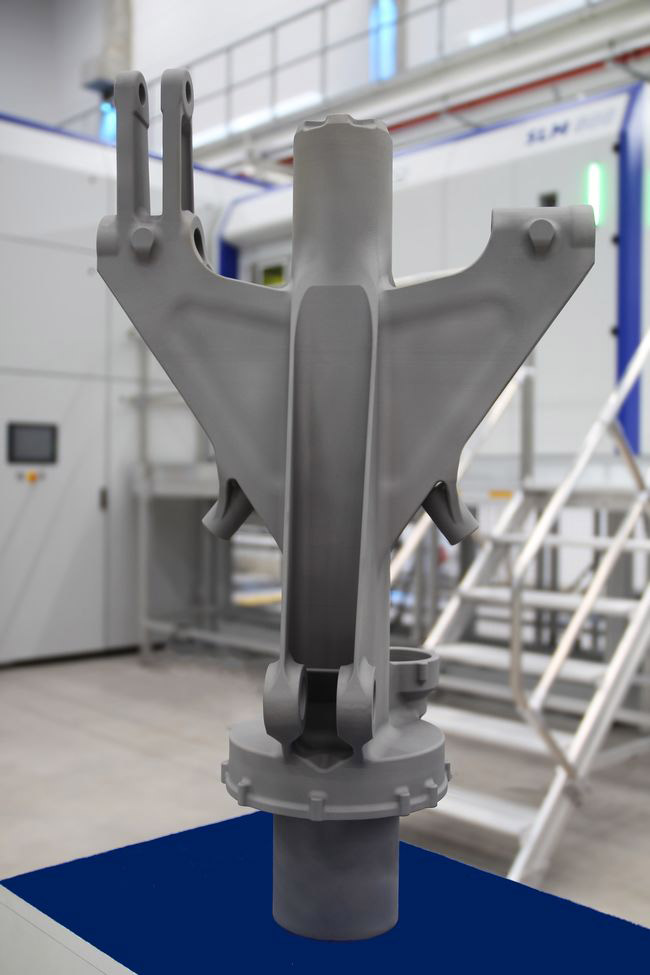 The landing gear of an aircraft obviously has a few key functions, namely it is used for takeoff, landing and braking. Safran Landing Systems was particularly interested in making a part that must be able to withstand the stresses transmitted by the aircraft wheel. Nicolas Nguyen, head of the R&T platform for the project at Safran Landing Systems, notes: “This is a structural element that is subject to a lot of stresses: it must be able to pivot to allow the landing gear to retract under the aircraft, and it must absorb the mechanical stresses from the aircraft’s wheels. The use of additive manufacturing for a part of this nature and size is a world first.”

The parts measures 455 x 295 x 805 mm and was printed on an SLM Solutions metal machine, the SLM 800, known for its quad-laser technology and reliability. Instead of producing the part in three separate parts with a 5-axis machine, the teams explain that they were able to manufacture it in one go, eliminating the costly and time-consuming assembly stage. Thierry Berenger, Additive Manufacturing project manager at Safran Landing Systems, says, “We chose SLM Solutions as our partner as experts in this type of project, particularly because of their particularly high-performance additive manufacturing machine, the SLM®800, which meets our requirements for print size, quality and reliability in every respect.” By rethinking the very design of the part to adapt it to additive manufacturing, Safran Landing Systems has reduced its total mass by 15%, also reducing production times, allowing the French group to accomplish two of their objectives which they have been targeting.

In terms of materials, titanium was chosen because of its robustness and resistance to corrosion. Traditionally, the part is designed in aluminum via a forging process, but given the design chosen for 3D printing, this metal was not suitable. Nicolas Nguyen explains: “70% of the part’s surface is not mechanically reworked. Only the functional surfaces are machined.” This should increase the longevity of the box. 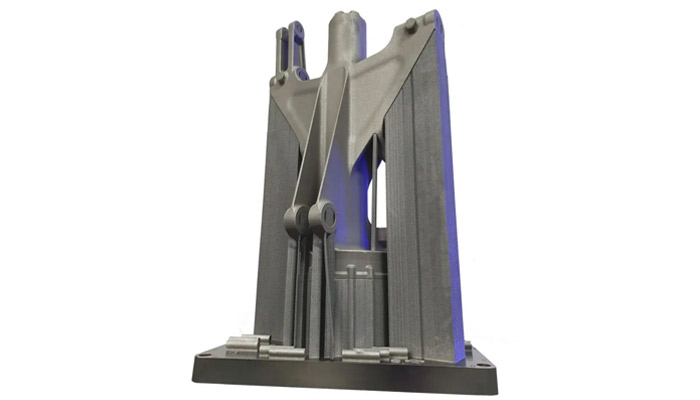 For now, Safran Landing Systems plans to test the 3D-printed part in 2022, a key step in the qualification process. If all goes well, it could be integrated into an aircraft and take flight in the next few years. In the meantime, if you’d like to learn more about the 3D-printed casing, check out the press release HERE.

What do you think of this latest 3D printed part? Let us know in a comment below or on our Linkedin, Facebook and Twitter pages! Sign up for our free weekly Newsletter here, the latest 3D printing news straight to your inbox! You can also find all our videos on our YouTube channel.