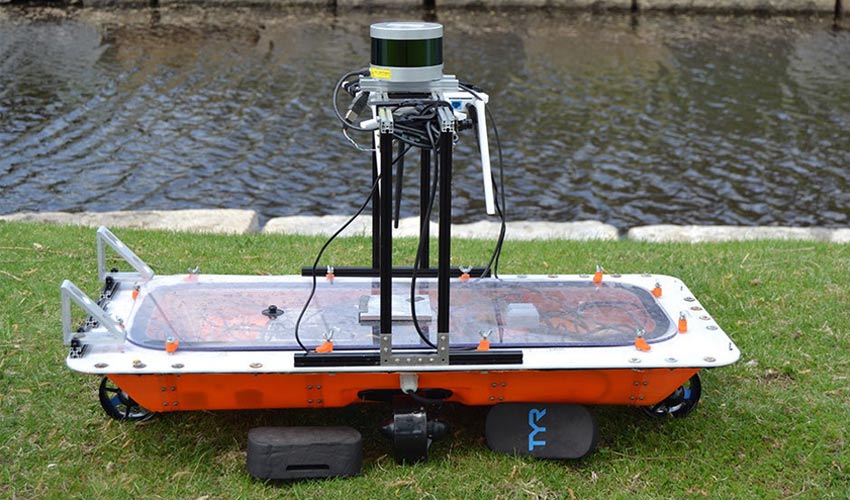 A team of researchers at MIT’s Computer Science and Artificial Intelligence Laboratory (CSAIL) are working with the Institute of Advanced Metropolitan Solutions in Amsterdam on a project called RoBoat. The goal is to create a system of autonomous boats that could serve as water taxis in a city where there are more than 100 km of canals. These small prototypes have been designed using 3D printing and could revolutionize transport in the Dutch capital.

The Netherlands is particularly fond of additive manufacturing; the country has developed several initiatives that combine 3D printing such as the famous bridge created by MX3D or the development of a research center dedicated to 3D technologies. The transport issue is of great interest to the country, which is now seeking solutions to optimize the network. It seems that they have found another solution with 3D printing to respond to this growing question of the future of transportation. 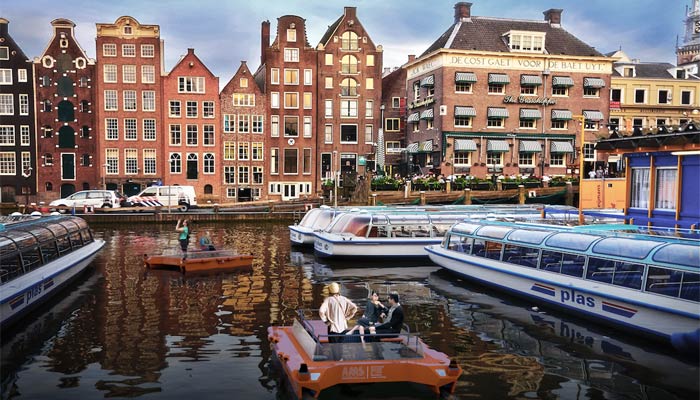 In 2016, both partners presented their RoBoat project

We talk a lot about autonomous cars but imagine a boat without a captain that could bring you to work every morning. This is the idea behind the RoBoat project, a project that centers around freeing up the roads and making better use of the city’s canals. In 2016, they presented their project to the city; 2 years later, they presented their prototype designs of more advanced boats, boats whose hull were 3D printed.

Measuring 4 meters long and 2 meters wide, these autonomous boats were designed on a desktop 3D printer – the teams do not specify which one. The hull consists of 16 different pieces, assembled after printing, which lasted for around 60 hours. Finally, the hull is sealed with layers of fiberglass to prevent a risk of leakage. The team said that they then installed a Wi-Fi antenna, a GPS, a microcomputer and a micro-controller on the boat and 4 thrusters that would allow it to move forwards, backwards and laterally.

Finally, the MIT team developed a nonlinear model predictive control algorithm (NMPC), which is generally used to control and navigate robots in environments with various constraints. In order to test this algorithm, the researchers placed a boat in a pool in order to “find optimal force for the thrusters that can take the boat back to the path and minimize errors.” They explain that they wanted to make boats in a rectangular shape so that they can join together and form floating structures that could be used as bridges, piers and platforms for concerts. 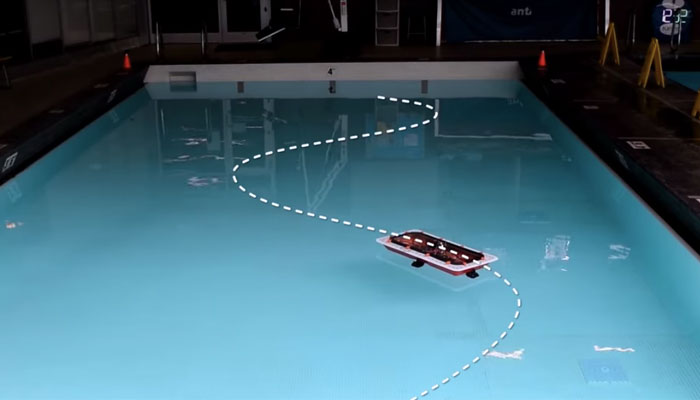 It will take a few more years to print an entire autonomous boat that can sail on the Amsterdam canals but this project is a promising start!

You can find more information on the official MIT website.

What do you think of the RoBoat project? Let us know in a comment below or on our Facebook and Twitter pages! Don’t forget to sign up for our free weekly Newsletter, with all the latest news in 3D printing delivered straight to your inbox!