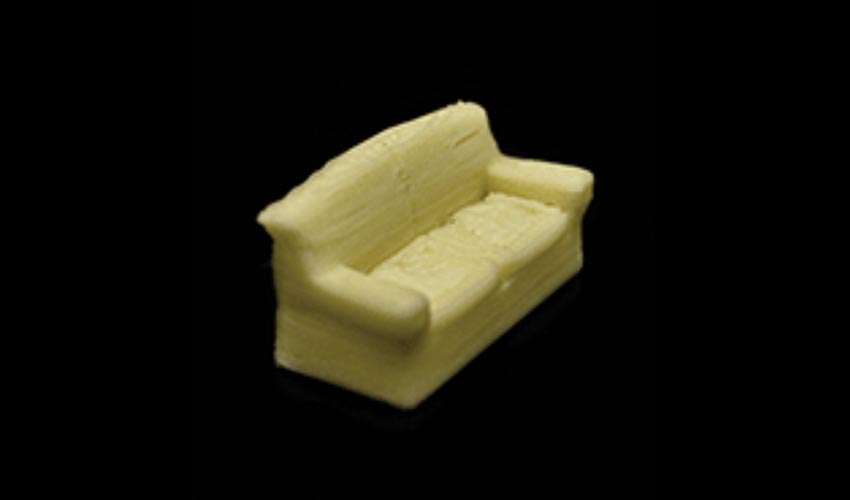 Additive manufacturing has infiltrated almost all industries, including food! In fact, 3D printed food was first studied by NASA in 2006: the space organization was researching how to feed astronauts during longer space missions. Fourteen years later, researchers are still interested in using 3D printing technologies to create nutritious dishes from different types of foods. This is the case of researchers at the Singapore University of Technology and Design (SUTD), who developed a 3D printing method to print milk structures at room temperature. The scientists used a Direct Ink Writing (DIW) 3D printing technique with a simple milk ink formulation.

Direct Ink Writing is an extrusion-based additive manufacturing method that is mostly used for meso and micro scale structures. In DIW, the liquid-phase ink is dispensed out of small nozzles under controlled floor rates and deposited along digitally defined paths to fabricate 3D structures layer by layer. The scientists develop an ink milk from a single ingredient: milk.

Given the versatility of the demonstrated method, the team from SUTD envisions that cold extrusion of food inks will be applied in creating nutritious and visually appealing food, with potential applications in formulating foods with various needs for nutrition and materials properties, where food inks could be extruded at room temperature without compromising the nutrients that would be degraded at elevated temperatures.

Other technologies for 3D printing food include SLS or FFF for example. In SLS, the printable materials are limited to those based on sugars and fats to ensure thermal fusion from the laser. Alternatively, extrusion-based methods have been widely used in food printing, in particular hot-melt extrusion. However, methods such as hot-melt extrusion and SLS are not always suitable to model temperature-sensitive food, because they require the elevated temperature to melt food samples. For example, researchers explained that milk is rich in nutrients such as calcium and protein that would be temperature sensitive, and not compatible with the process involving high temperature. 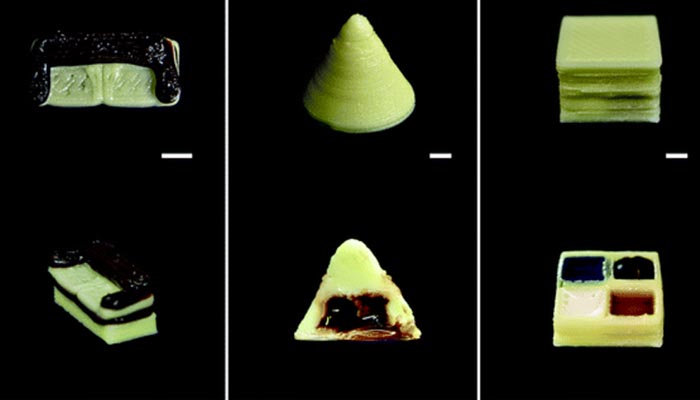 The researchers also demonstrated multi-material printing and created food with various edible materials. In general, research like this one showcases some of the potential applications of food in the future, including customization of texture and nutrition. You can find more information HERE. What do you think of 3D printed food? Let us know in a comment down below or on our Facebook and Twitter pages! Don’t forget to sign up for our free weekly Newsletter, with all the latest news in 3D printing delivered straight to your inbox!