Is a RepRap 3D printer worth buying? 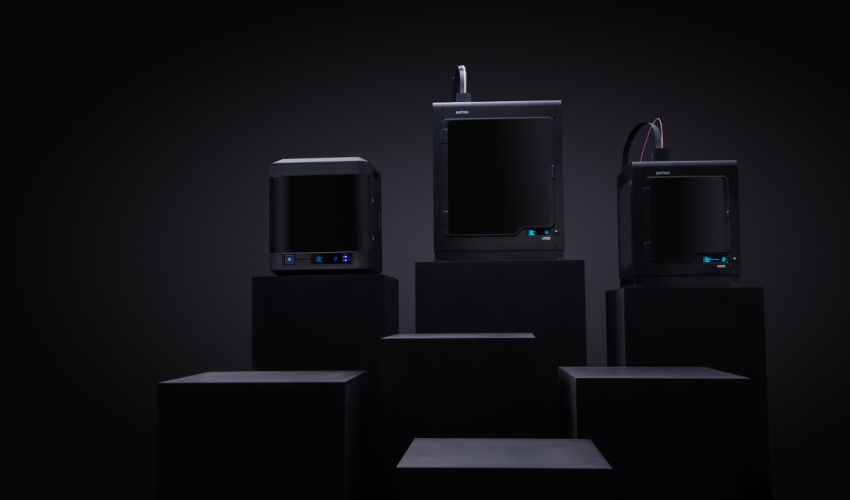 The RepRap movement began with Adrian Bowyer in 2004 after the expiration of commercial 3D printing patents. RepRap machines are self-replicating machines that can 3D print parts of themselves to use to create additional machines. This original machine has led to a variety of improvements, the best known probably the Prusa i3. In addition, check out our Top 14 DIY and self assemble 3D printers for more kits. In addition, we have a list of the Best Low Cow 3D printers.

The idea of RepRap is not to buy it, it is to build it. But how?

What magic? 3D printed mechanical parts, which connect together all the above-mentioned parts. The idea is that the parts needed to build the RepRap 3D printer must be capable of being 3D printed on a similar RepRap. So when your friend has a RepRap, he/she can make parts for your RepRap on his/her RepRap. It’s genius!

Do you really need to make your own parts?

To be honest, after over 10 years of the RepRap community (which is another meaning of RepRap, because RepRap is not only a machine, but a group of 3D printing enthusiasts), there are widely available dedicated 3D printer parts – extruders, motherboards, heated build platforms, laser cut frames, cut-to-length screws and linear axes. You can buy them from worldwide shops, especially from China, of course. 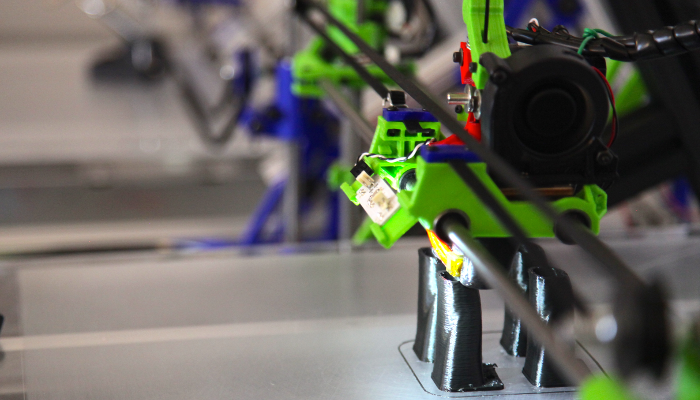 And, another development is that more and more sellers are offering complete RepRap sets. Consequently, you do not need to buy part by part, but just order one magic box with everything you need to build your own 3D printer. And a step-by-step build manual, which makes the process of building the 3D printer very similar to Ikea-furniture assembly.

To build, or not to build, that is the question

After making “ready-to-build” sets, sellers took one more step forward and offered working, pre-built 3D printers. So you just need to unbox it, plug into the mains, turn it on, load the material, and start having the fun of 3D printing.

Sounds familiar? Yes. It’s exactly same way commercial 3D printers work. What’s the difference? That can be explained using the example of computers – when you have a “normal” computer with an open-source operating system, you can personalize it, but it is not as optimized as computer with hmmm… a fruit in its logo. Commercial 3D printers (for example Zortrax) are closed-source machines. They came out of a long-term research-and-development process, and they have perfectly fitted parts, smart design, and, what is most important, dedicated software, which gives you the capability to get maximum results from your hardware. They are usually more stable, repeatable and precise. And often, just like a Zortrax, the company is providing you with a whole ecosystem, including dedicated materials to reach even more stability and quality. But of course there is possibility to use external materials. 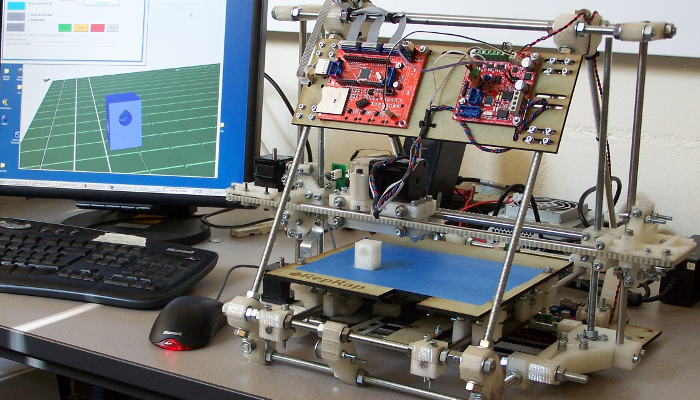 A RepRap printer in action

Conversely, open-source RepRap printers are mods-friendly, because of open-source. You can edit their design, change their parts, upgrade them, rescale them, make changes in firmware, choose widely in universal slicers, and change their parameters. With enough time and creativity you can make them 3D print with everything from PLA, by ABS, to even chocolate, sugar, or solder paste.

A compromise between money and time

The cheapest way to have a 3D printer is to build it on your own. With Chinese parts, bargains, and reused motors, it can cost you even under $100. More often it is about $300-$600. But completing the set of parts can take months (or even years if you are very lazy!). And you will need some technical skills to know how to build it, even with great RepRap-community support. In the end, you will have to build your own firmware configuration (a bit of programming skills will be needed).

It’s still not very expensive to buy one of the RepRap kits – currently prices start from about $180 up to $1000. But you need to remember that a lower price means lower quality. You will still need some technical skills, but the instructions included will make it a little easier. And you will be ready to use firmware build.

With about $400-$1200, you can get an assembled RepRap – you do not have to know how to build it, but you still have to know how to repair it, calibrate it, and adjust its printing parameters. With $1200 or more, you can get a working commercial printer – just plug in and play. No skills needed, no know-how to gain. Just connect it to the mains, turn it on, and feed in some material (you will probably get samples with it).

Taking all this into consideration

It’s clear from the above evidence that the rationale for buying a RepRap 3D printer depends on the skills you have. It also depends on the amount of time you have, and the quality of the prints required. Technically skilled enthusiasts will opt for building their own 3D printer, because it is a lot of fun and new knowledge. Professional users will prefer buying a commercial 3D printer, because they do not want to waste their time on unexpected issues. And stability is more important here.

What do you think of the current state of the RepRap project? Let us know in a comment below or on our Facebook and Twitter pages! Don’t forget to sign up for our free weekly Newsletter, with all the latest news in 3D printing delivered straight to your inbox!