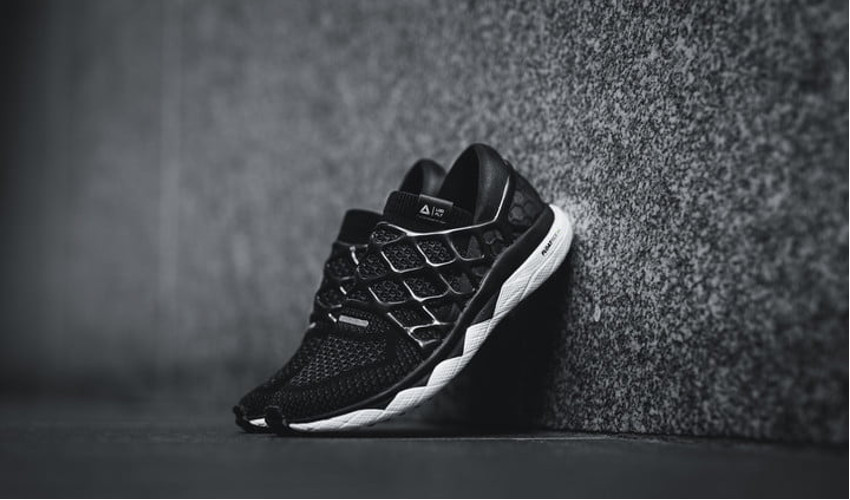 Reebok unveiled its 3D printed sneakers, the Liquid Speed, back in 2016. We have been waiting patiently since then to see what will be the next steps for the American brand when it comes to additive manufacturing and 3D shoes. Reebok unveiled their new pair, Liquid Floatride Run which would be based on the same technology used two years ago; the Liquid Factory.

3D printing continues its way in the footwear market; new initiatives are emerging and companies like ECCO manufacturer have already started mass production of 3D printed sneakers. A few days after this announcement, Reebok now announces their new 3D shoes, Liquid Floatride Run. The US manufacturer has reportedly developed a 3D printing process from a liquid polyurethane material in partnership with the chemical giant BASF. The brand claims that this process allows it to reduce the weight of sneakers by 20% and offers two unique features: “liquid laces” and high adhesion. 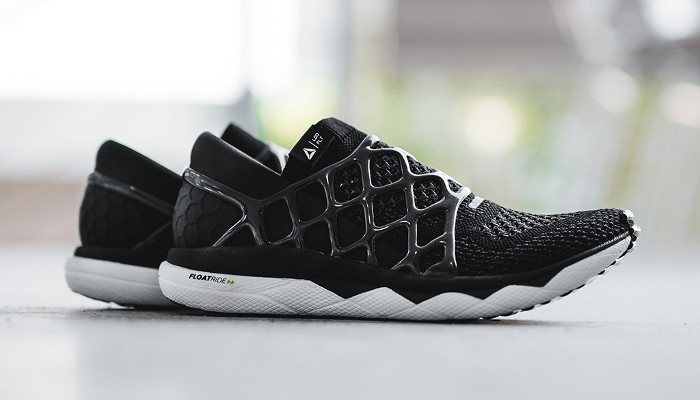 No laces and better grip for these 3D shoes

These stretchy liquid laces would actually be printed directly on the shoe to replace the traditional laces and thus eliminate the need for them. These new types of laces would have been designed to incorporate pressure points on certain parts of the shoe so that the wearer can slip his foot easily without sacrificing the stability and maintenance.

The second characteristic therefore concerns the grip of the shoe and more particularly its outsole. It would consist of stripes printed in 3D from a liquid material to provide better grip and traction. The rubber outsole is often the heaviest part of the shoe; by incorporating a liquid material, Reebok says it was able to create a much lighter version.

The American brand does not seem to follow the same path as its competitors like Adidas or Nike since it would has decided not to print the midsoles of Liquid Floatride Run in 3D. The sneakers would be equipped with patented Floatride soles to ensure a certain comfort, especially for running.

” We introduced the Liquid Factory concept with the Liquid Speed ​​shoe ,” says Bill McInnis, Reebok Future Director. It was really an innovative product and we wanted to show how modelling and 3D printing could change the way shoes are made. What we’re looking forward to showing with Liquid Floatride is how we can apply Liquid Factory technology to any of our existing products to make it even better. The next range of Liquid Factory products will be even more innovative since we can create the entire shoe from this process whether it is the sole, the shock absorbers or the outer part . “ 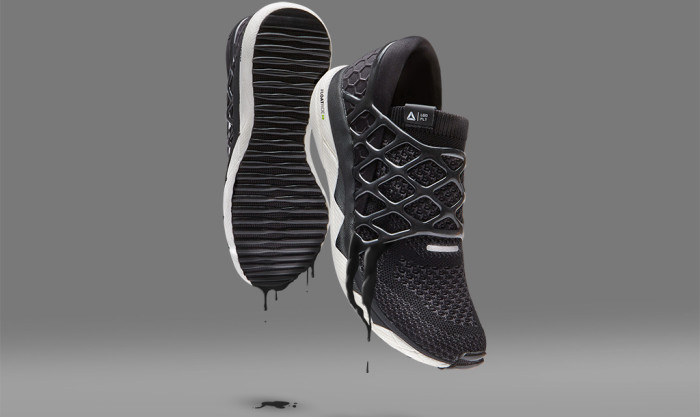 The Liquid Factory process would use a combination of software and robots to model the shoe in 3D. Reebok explains that his robotic system allows them to model it using their patented liquid material. A unique process that would have allowed the brand to make shoes without the need for traditional moulds. The new sneakers can be ordered via the online store for $ 180.

What do you think about Reebok’s 3D printed sneakers? Let us know in a comment below or on our Facebook and Twitter pages! Sign up for our free weekly Newsletter, all the latest news in 3D printing straight to your inbox!