Famous Czech manufacturer Josef Prusa, behind the open-source 3D printers of the same name, recently unveiled a brand new SLA machine, the Prusa SL1. In the continuity of its expansion – the company today employs 320 people, Prusa has decided to expand its range of 3D printers and turn to another technology, stereolithography. His new SL1 machine is based on the MSLA process and would consist of a rigid frame. This improving its stability and thus the final impression. It is already available for preorder from $1599 and should be delivered next December.

Prusa is one of the most recognised manufacturers on the market, including its 3D kit printer, the i3 MK3 whose design has inspired more than one. The Czech wanted to extend its expertise and embarks on another technology, stereolithography. He joins the Polish manufacturer Zortrax who announced the release of its first Inkspire resin machine  a few days ago. Will Prusa manage to compete with players already well established in this niche like Formlabs with its Form 2 or more recently the Slash + from Uniz? 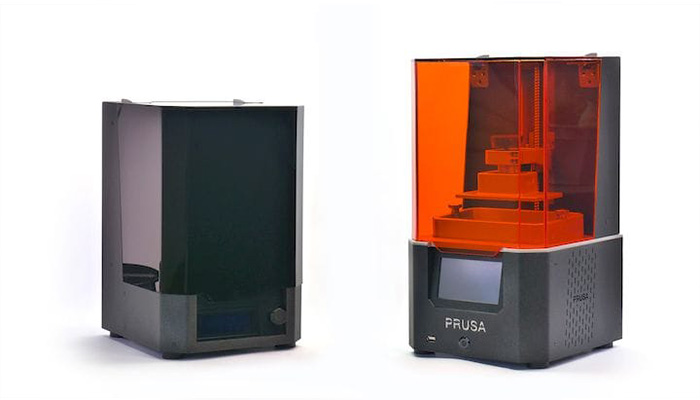 The 3D resin printer and its post-processing machine

The technical specifications of the Prusa SL1

According to the manufacturer, the 3D printer includes a 5.5 “high resolution LCD screen and has a print volume of 120 x 68 x 150 mm. UV light cures an individual layer in 6 seconds before the tray rises to form another layer. As for the structure of the printer itself, it is composed of a rigid frame. The frame offering more reliability and stability according to Prusa, but also a greatly simplified plateau calibration. The SL1 would reach a layer height of 0.01 mm.

But it is especially its resin tank that is one of the main characteristics of the Prusa SL1. It has a transparent and flexible FEP film and can easily pull out. Just below are the LCD screen and the heat source. According to Prusa, this tank is equipped with a resin level sensor to prevent running out of material during printing. As for the printing plate, it would include a motorised tilt function. This to avoid layer variations and mix the resin. Josef Prusa explains: “This significantly improves the surface finish of the models and reduces the stress on the model that is less likely to come off the base.” 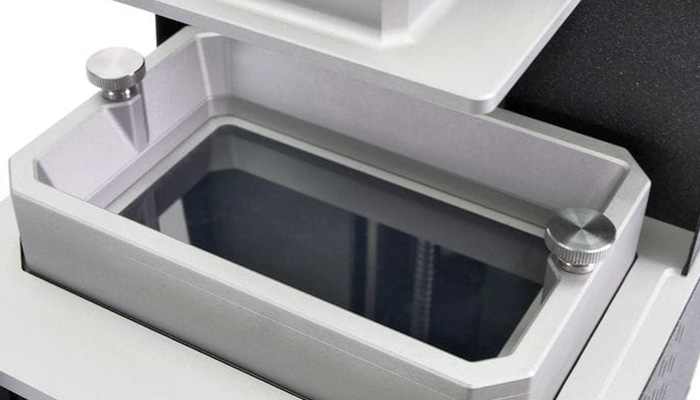 The resin tray of the SL1

A post-processing machine is also offered with the 3D resin printer, which will facilitate the washing and cleaning process of the parts. Regarding materials, Prusa claims that SL1 is compatible with most resins on the market. Finally, the printer offers Wi-Fi connectivity and its touch screen will help all novices in the different stages of printing. An ideal machine to make prototypes of jewels and pieces for the dental sector. But also for all artists, architects and designers. 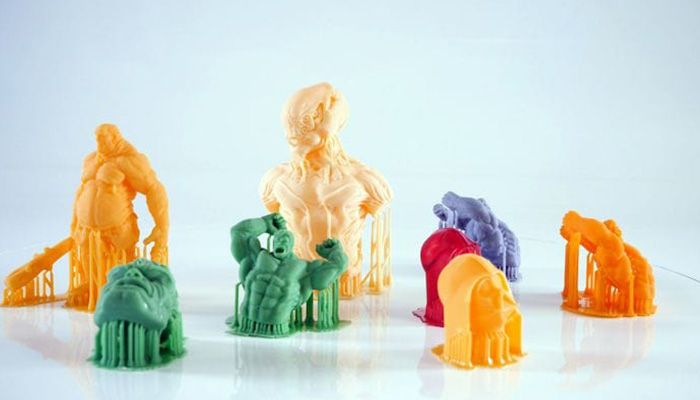 Models printed on the Prusa SL1

The manufacturer is quite confident about the features of its machine and its capabilities. He says his users will be able to expect security mechanisms, detailed manuals and smart features. But also easy maintenance and accessible spare parts. The Prusa SL1 3D Printer is available as a kit starting at $1299 and shipped in January 2019 while the assembled version costs $1599; the first orders will be sent in December. Czech is therefore positioning itself in a niche that is more affordable in terms of costs compared to other market players.

You can find more information on the official Prusa website and in the video below:

What do you think of the Prusa SL1? Let us know in a comment below or on our Facebook and Twitter pages! And remember to sign up for our free weekly Newsletter, to get all the latest news on progress, research and more entrepreneurs in 3D printing send straight to your inbox!