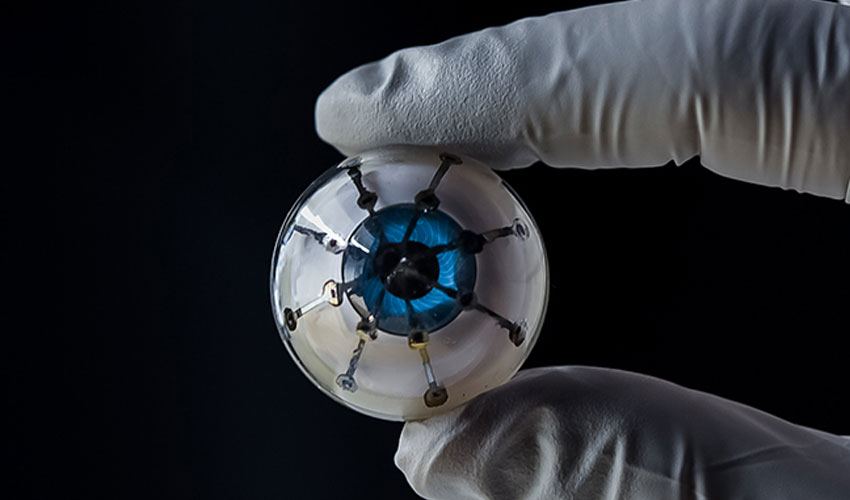 The University of Minnesota (UMN) McAlpine research group claims to have successfully 3D printed optoelectronic devices using polymeric photodetectors on hemispherical surfaces. These first prototypes could accelerate the development of a 3D printed bionic eye to help people with visual impairments.
A bionic eye can seem very futuristic. And yet, the idea begins to make its way with several patients who have had one implanted. These have been able to regain certain visual abilities or even the full vision for some. Additive manufacturing has a card to play in this area, especially when looking to Korea. Not too long ago we covered how Korean researchers managed to create an artificial eye through 3D printing. Michael McAlpine, co-founder of the study and a professor of mechanical engineering department at UMN, explains, “Bionic eyes are usually thought of as science fiction, but now we are closer than ever using a multimaterial 3D printer.“ 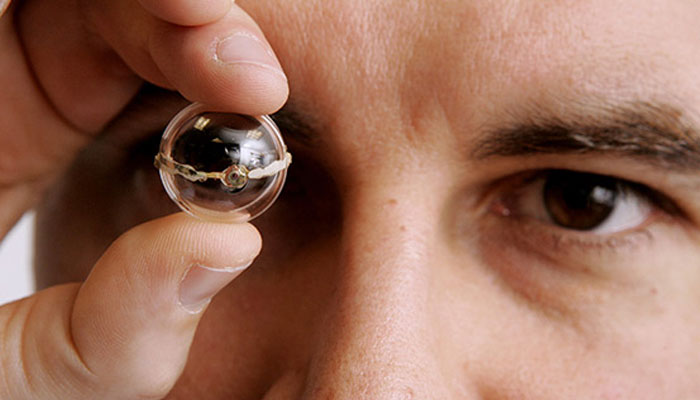 The 3D printed bionic eye would be more effective

This group of researchers are already fans of 3D printing and at the origin of many innovative projects, such as direct printing of electronic components on the skin. This time around the interest fell towards eyes and wanting to test the additive manufacturing on rounded surfaces. They therefore used a 3D printer capable of extruding silver nanoparticle ink onto a hemispherical glass dome. According to the team, the ink remained on this surface and dried steadily, instead of flowing along the dome.

“We have a long way to go to routinely print active electronics reliably, but our 3D-printed semiconductors are now starting to show that they could potentially rival the efficiency of semiconducting devices fabricated in microfabrication facilities” said McAlpine. “Plus, we can easily print a semiconducting device on a curved surface, and they can’t.“

The next steps in the project are to create prototypes with more and more efficient light receivers. Researchers would also like to find a way to print on a flexible hemispherical material. This to be implanted in a real eye. You can find more information on the official website of the university and in the video below:

What do you think of UMN’s project with a 3D printed bionic eye? Let us know in a comment below or on our Facebook and Twitter pages! And remember to sign up for our free weekly Newsletter, to get all the latest news in 3D printing send straight to your inbox!