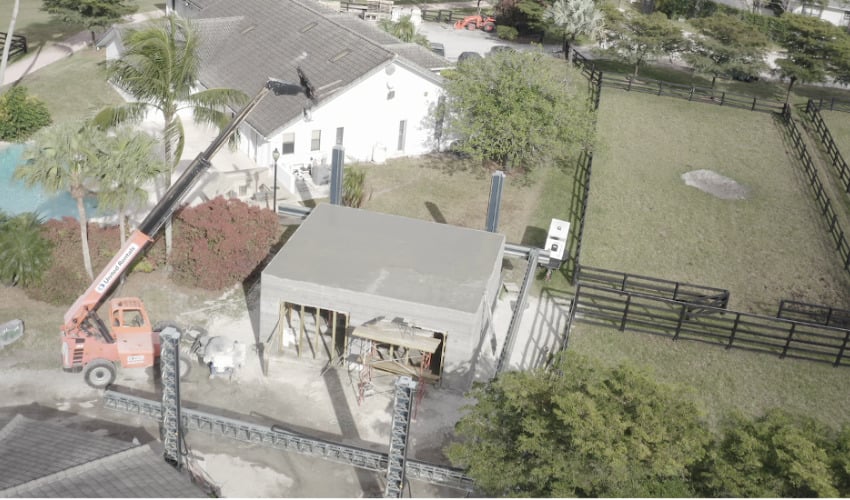 Printed Farms, a Florida based start-up, has completed the 3D printing stage of the first 3D printed building in Florida. The project was completed using a COBOD BOD2 printer, which has been successfully used in a number of 3D printing construction projects over the past year. 3D printing is becoming an increasingly popular method of construction as many are finding it to be a potential solution to the affordable housing crisis worldwide, as well as enabling more sustainable construction as a whole.The start-up hopes to be able to build more construction projects using the BOD2 printer in an effort to bring hurricane and flood resistant, green buildings to the state.

3D printing has been growing in the construction industry around the world. In the past few months, we have already seen more 3D printed buildings in various countries, with COBOD printers involved in projects in Europe, Africa and India. Additionally, we have seen large advancements in the field in terms of techniques and materials. In Italy, the TECLA eco-habitat was successfully 3D printed entirely out of soil, a huge step forward in sustainable building. Additionally, researchers at the RMIT discovered a new method for strengthening 3D printed concrete. 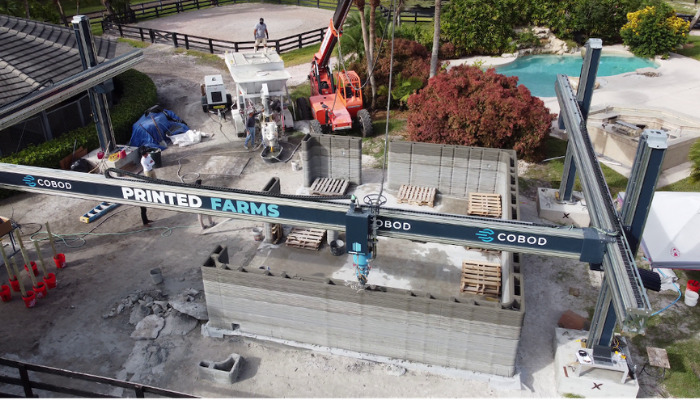 This is the first time a COBOD printer has been used in the US. However, they have already been used in other construction projects in other countries (photo credits: COBOD)

There has been increased interest in 3D printing in construction for a number of reasons. However most prominent are the fact that 3D printing is seen as a possible remedy for the housing crisis which is already starting to affect much of the World, notably in the US. But also as a way to have more sustainable housing as 3D printing enables less waste to be produced in the building process. Specifically in the the case of the US, the Founder and General Manager of COBOD noted, “We are seeing a strong interest from the US market and have 3 more printers on the way to the US this year. The US is short of affordable quality housing and we have the technology to deliver precisely that in a fast and economical way using much less labor, than alternative methods.”

Printed Farms used a COBOD BOD2 printer to print the 784 square foot (71 m2) storage unit. The printer itself measured around 50 x 42 x 33 ft (15 x 12.5 x 10 m), an impressive size which makes it one of the few available printers that can print projects of this size. The finished building was reinforced with rebar, completed with an ICF platform system, and signed off by a structural engineer. The start-up hopes to soon begin work on two 3D printed intercoastal villas in Florida. They say that using the BOD2 they are capable of producing 2000 square foot (180m2) floors on 3 stories for a 6000 square foot (540m2) building. 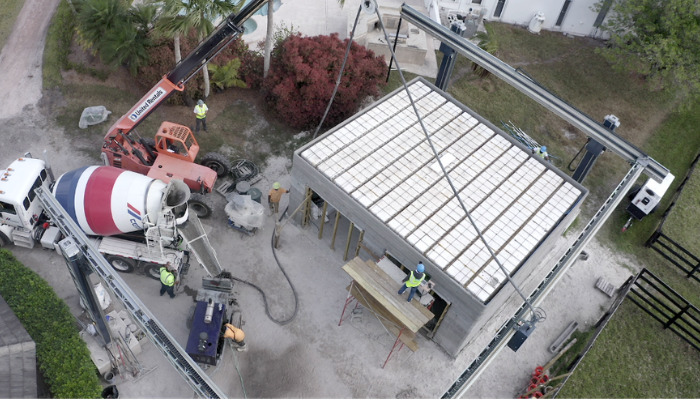 An insulated roof was put into the building (photo credits: COBOD)

Their goal is not just to make 3D printing the standard for small and large scale construction projects in the United States, but also to bring hurricane and flood resistant green buildings to Florida, the fastest growing State in the USA. Due to its location, Florida is the state that is often most hit by hurricanes in the US, leading to major property and housing damage throughout the state. Being able to build affordable, fast, hurricane resistant housing is a real necessity for the region and 3D printing could be the solution. You can find out more printed farms HERE.

What do you think about this 3D printed building? Have you been following COBOD’s worldwide projects? Let us know in a comment below or on our Facebook, Twitter and LinkedIn pages! Sign up for our free weekly Newsletter here, the latest 3D printing news straight to your inbox!