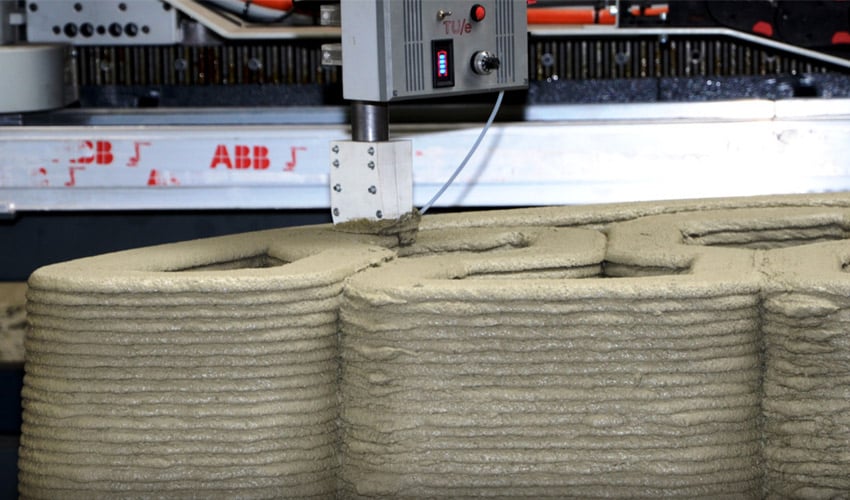 Launched in 2019 by Rijkswaterstaat, the Netherlands, and Studio michiel van der kley, in collaboration with the Technical University Eindhoven, The Bridge Project is starting its installation. Measuring 29 meters (around 31.7 yards), it is one of the longest 3D printed concrete bridges ever built for pedestrians and bicycles. The bridge can be found in Nijmegen, a choice that is not entirely insignificant as the Dutch city was elected the Green Capital of Europe in 2018. Beyond the architectural aspect, the project stakeholders also hope to develop innovative, new techniques in the building sector, concrete 3D printing and new modes of collaboration.

This is probably not the first time you have heard about a 3D printed bridge, and certainly not in the Netherlands. The country has developed quite a lot of initiatives combining 3D technologies, construction and architecture. The company MX3D, for example, was one of the first to present a 3D-printed steel bridge that connected the two banks of one of Amsterdam’s canals. More recently, in Rotterdam, three partners presented a 3D printed pedestrian bridge made from composite materials. Michiel van der Kley, the designer behind the Bridge Project, explains the choice of additive manufacturing: “For a few years, here at the studio we keep wondering what you could do with a 3D printer that you could not do any other way. We are looking at and researching what we could do with a concrete 3D printer that hasn’t been done yet…What we did is, choosing a shape that would be almost impossible to make with a regular method. A shape that has its equivalent in Nature. The legs seem to merge into the deck, the way a branch would grow out of a tree. Only material where it is needed. Just the way any shape would evolve in nature over time.“ 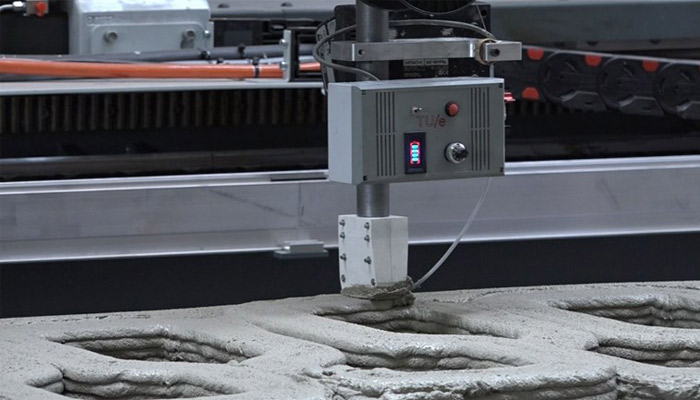 Design, a crucial step in the construction project

So it is both the design phase that is particularly interesting in this project, as well as using a cheaper and more environmentally friendly method. A parametric design software is planned to be used, taking into account all aspects that will influence the bridge – the applied loads, the resistance, the number of cars or pedestrians crossing it, etc. All calculations can be done on the same 3D model. The parametric modeling was done by Summum Engineering, a structural design, engineering and optimization consultancy also based in the Netherlands. Their previous projects have been based around architectural, construction and engineering projects that have been optimized to reduce the materials used including lightweight structures, sustainable buildings and art installations. Witteveen+Bos, also worked on the project to translate the 3D model from Van der Kley to a 3D printable, structurally feasible geometry, that would meet building regulations, an important consideration especially when it comes to 3D printing construction projects. The teams have imagined a 29-meter (31.7-yard) bridge for cyclists, but they will be able to adapt it for cars – it will have different dimensions, larger and perhaps more piers, but the principle is there: it will only be necessary to adjust the values and another structure can be created.

Then comes the actual construction phase. Rijkswaterstaat explains, “At RWS we presume that there will be lesser and lesser hands to build the bridges we need and this technique might fill in on the matter. We talk about and discuss robotizing the building environment. The technique will be cheaper than traditional ways of building in the near future; we can reduce the costs of failure because much more is done beforehand, and with computerized processes.” So 3D printing seems to be a method that perfectly fits with this logic, especially since it would help meet the environmental goals of RWS. We have seen before that concrete additive manufacturing helps reduce CO2 emissions and save materials. 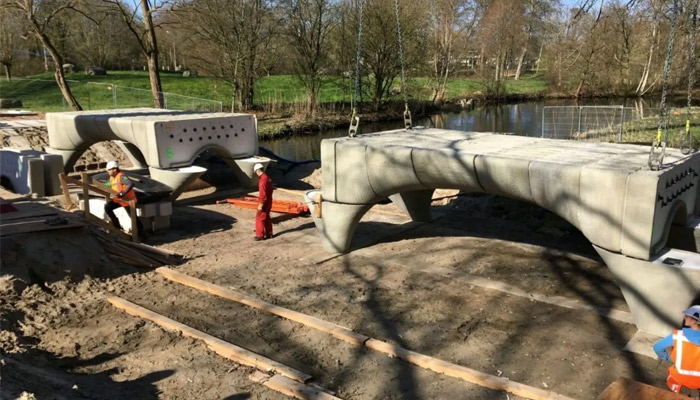 The installation of the bridge has begun

An initial prototype was printed by the Technical University of Eindhoven, but the final bridge has been in the process of being built by manufacturer BAM from the Weber Beamix concrete 3D printing center operational since January 2019. It is 3D printed in several blocks and then assembled on site. The partners did not specify how many parts were designed or how long such a structure took, but one thing is certain, the project is intended to be replicated in other cities. You can find more information HERE.

What do you think of this 3D printed bridge? Let us know in a comment below or on our Linkedin, Facebook and Twitter pages! Sign up for our free weekly Newsletter here, the latest 3D printing news straight to your inbox! You can also find all our videos on our YouTube channel.