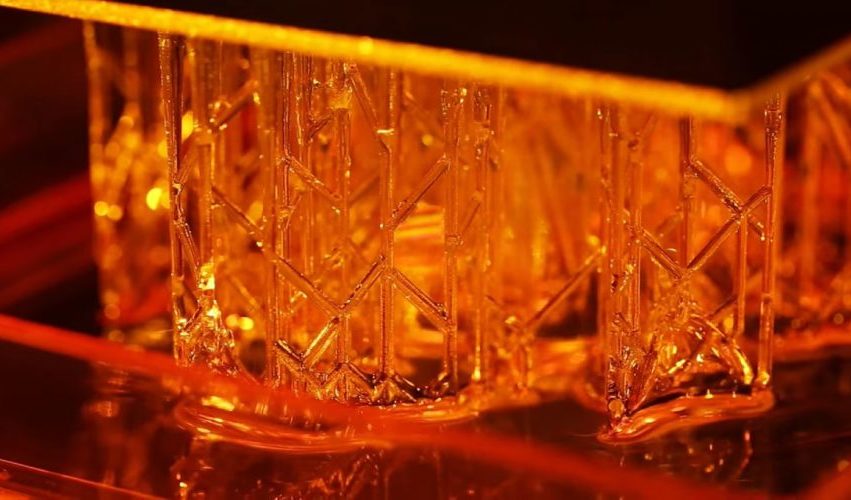 Researchers from the National Institute of Standards and Technology (NIST) have found that it is possible to produce more accurate and uniform parts by enhancing control over polymerisation and diffusion. They discovered this using a new method of measuring photo-polymerisation-based 3D printing processes. The research has important applications, particularly in the medical sector, where accuracy is essential to parts such as personalised prosthetics and dental materials. The researchers also found that this method could reduce the costs of making and testing new resins, requiring just a few microlitres of the material. 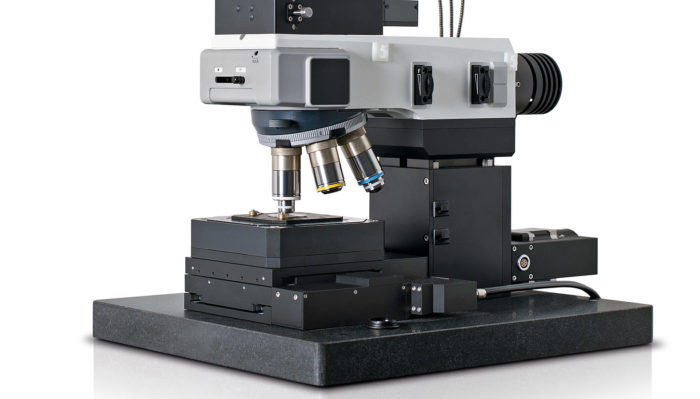 Using a custom atomic force microscope (AFM) fitted with a nanometer-scale, cylinder shaped tip, NIST’s research team were able to observe the complex process of curing resins as they reacted under light, forming polymers. The researchers were able to quantify viscosity, diffusion and conversion using a vibrating cylindrical atomic force microscope probe surrounded by a constant flow of liquid resin. The probe’s vibrations are measurable and reduce depending on the length of the cylinder and the liquid resin’s viscosity. By measuring the probe’s vibrations which alter as the resin becomes less viscous during polymerisation, the researchers were able to determine the polymer’s evolution in space and time.

They also noticed that it was necessary to control the extent to which the polymer diffuses as well as the amount of the light’s energy that goes into forming it. By equipping the AFM with a light modulator which directed patterned light from an LED to the resin sample, they were also able to examine the impact of the light pattern’s size. Wider features led to a higher conversion rate at a given light intensity and duration. Their observations also revealed that the overall light exposure controls how far the polymer diffuses during 3D printing, as opposed to just total optical energy as often assumed. This means that increasing the light intensity risks distortion of the final part’s shape. 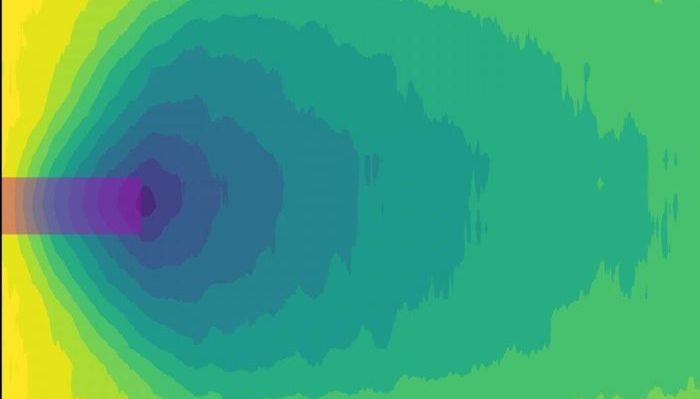 Colorized plot of measurements from the AFM probe of the light-assisted curing of a polymer over five seconds. Darker colors indicate a higher level of conversion. The magenta block represents the light source. (Credit: NIST)

With this information the research team modelled the rate of conversion for different exposure conditions and levels of motion using computational fluid dynamics. This model can be used to optimise stereolithography, allowing manufacturers to determine the most appropriate levels of light intensity and pattern size, according to specific parameters relating to time and quality. You can read the full results of their findings HERE.

What do you think of our explanation of NIST’s research? Let us know in a comment below or on our Facebook and Twitter pages! Don’t forget to sign up for our free weekly Newsletter, with all the latest news in 3D printing delivered straight to your inbox!

The Many Applications of 3D Printing in Sports