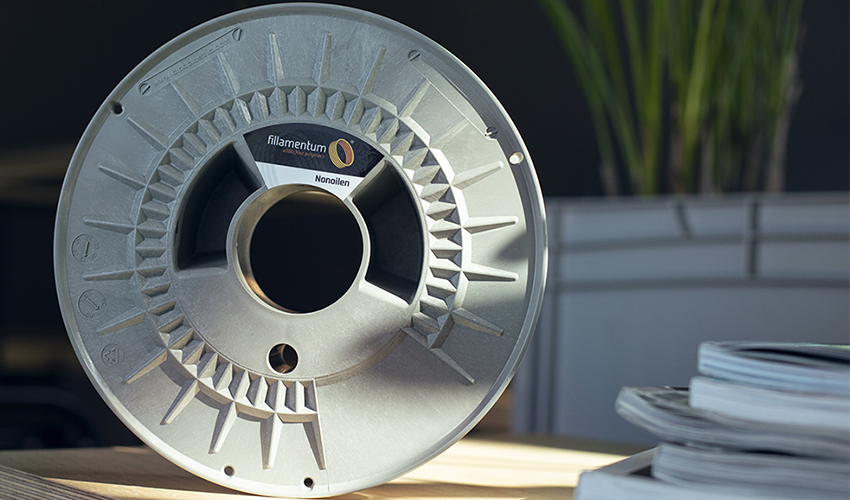 On World Recycling Day, we told you about Bluesint PA12. A polymer developed by Materialise, which allows printing with a 100% recycled powder. And today, it is the turn of the Czech manufacturer Fillamentum to unveil its new ecological 3D printing material. The company has launched its first 100% biodegradable filament for 3D printing, NonOilen. This latest initiatve joins other recent projects aimed at making additive manufacturing greener, working to limit the environmental footprint of 3D printing on the planet.

The filament, made from a blend of polylactic acid (PLA) and polyhydroxybutyrate (PHB), was developed in collaboration with the Slovak University of Technology in Bratislava, Slovakia. When a product is made with NonOilen filament and reaches the end of its life cycle, it can fully degrade into water and carbon dioxide during composition. In addition, if users wish, it can also be returned to Fillamentum for recycling and to reuse the filament. According to the manufacturer, NonOilen will retain it mechanical properties even after being recycled many times in sharp contrast to other materials. 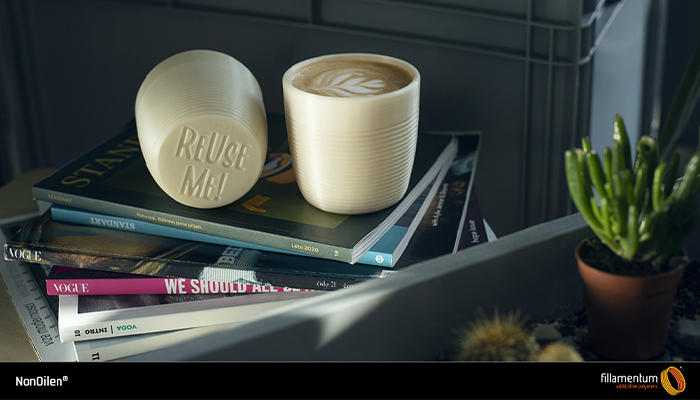 NonOilen is made from PLA and PHB (photo credits: Fillamentum)

The manufacturer notes that not only is the filament fully biodegradable, but it is made 100% out of polymers from renewable resources (bio-based). This means that the filament can truly be considered to be part of the principles of a circular economy, one of the most popular models for a more sustainable world.

NonOilen Has Similar Properties to PLA

According to the Czech company, this new filament is similar to PLA. The manufacturers notes that it is as easy to print with as PLA and that the resulting parts have smooth surface. The filament would also offer high strength and hardness properties. And just like PLA, NonOilen filament can be in contact with food, it is also dishwasher safe. The major difference between the two filaments is in the decomposition of the material, NonOilen can decompose three times faster than PLA. Additionally, the company states that the byproducts from its decomposition process do not contribute to the greenhouse effect that is blamed for climate change. Making the material much more sustainable than many other offers. However, sustainability cannot be the only consideration when 3D printing, mechnical properties also are important. In this case, the filament also offers high strength, toughness and hardness. Importantly, they also mention that there is a long-term durability of any printed objects made with NonOilen.

Finally, the manufacturer specifies that NonOilen can withstand temperatures of up to 110 degrees Celsius. So far, only Fremach, the global supplier of plastic components for automobiles, has tested NonOilen and is said to have been won over by the filament’s properties. This bodes well for the future of both additive manufacturing and the planet. Especially as initiatives to make the technology more eco-friendly have been growing in the 3D printing industry as of late. You can find out more about NonOilen on Fillamentum’s website HERE. 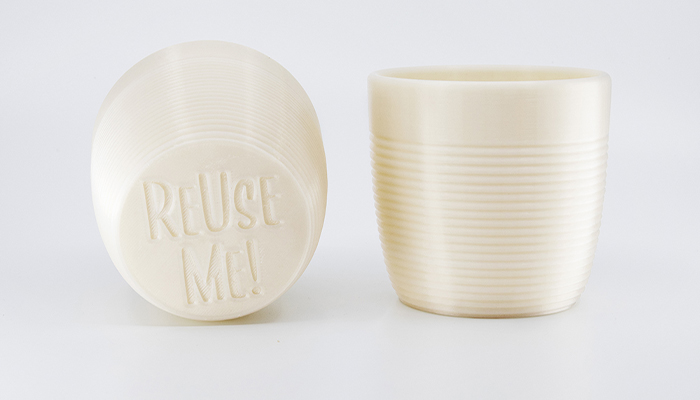 Objects made from NonOilen can be recycled (photo credits: Fillamentum)

What do you think of NonOilen? Let us know in a comment below or on our Facebook, Twitter and LinkedIn pages! Sign up for our free weekly Newsletter here, the latest 3D printing news straight to your inbox!