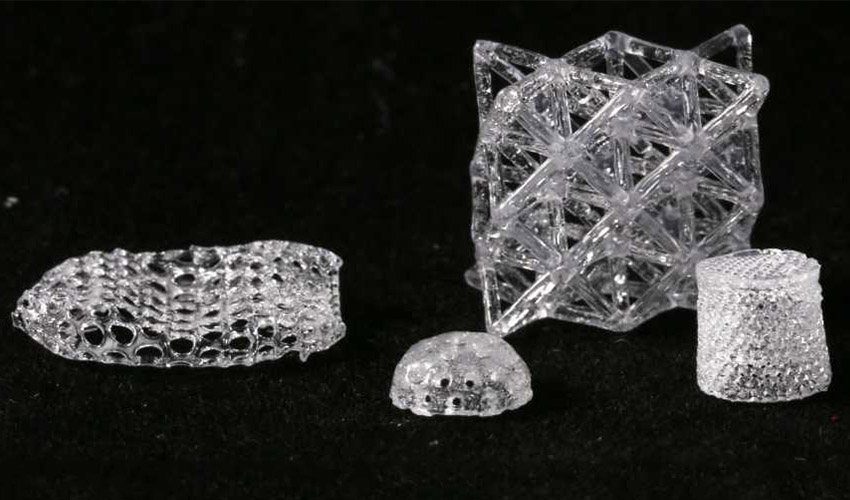 Today, additive manufacturing works with multiple different materials, yet glass is one of those materials that remains difficult to work with. Only a few groups of researchers around the world have attempted to produce glass objects using 3D printing technologies. We can mention a group of researchers from MIT that developed a system named G3DP2. This system was able to create complex geometrical shapes and personalised glass objects. In terms of commercial applications, we can also mention Glassomer, which developed its own glass 3D printing technology. This month, a new technique has emerged from ETH Zurich, this method is based stereolithography and promises interesting applications.

The researchers from ETH Zurich explain that previous techniques have made objects by printing molten glass, or used powdered ceramic particles that can be printed at room temperature and then sintered later to create glass. In the first case, one of the limitations is that extremely high temperatures are needed, consequently so is highly heat-resistant equipment. As for the second technique, it is difficult to achieve complex shapes. This new process on the other hand is based on stereolithography, for which a special resin that contains a plastic and organic molecules to which glass precursors are bonded, was developed. 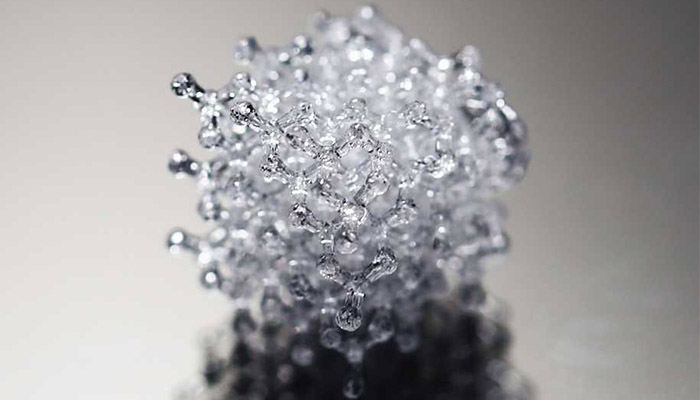 According to this research, the resin developed can be used in commercially available DLP systems. DLP 3D printing works by hardening the resin where the UV light pattern is projected. During this process, the researchers can change various parameters in each layer, including pore size. For example, weak light intensity results in large pores. Additionally, by mixing silica with borate or phosphate and adding it to the resin, complex objects can be built from different types of glass – or even combine these types together. 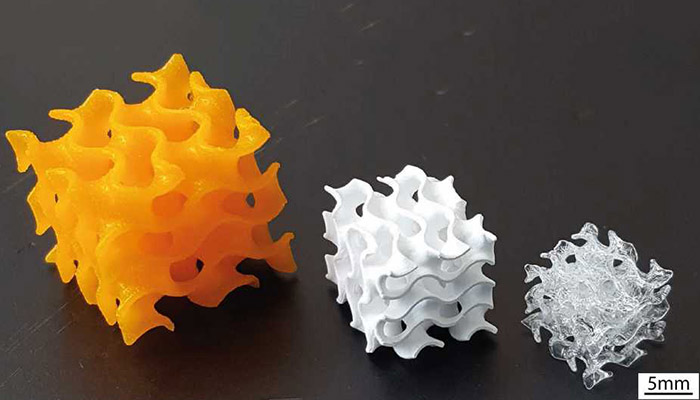 The three step process, object before being fired at 600˚C  (left), after being heated (middle), after being further heated at 1000˚C (right). The object shrinks significantly, but becomes hard like window glass | Credits: ETH Zurich

Following this step, the researchers fire the object produced at two different temperatures. First at 600˚C to burn off the polymer framework and then at around 1000˚C to densify the ceramic structure into glass. During the firing process, the objects shrink significantly, but become transparent and hard like window glass. It should be added that this technique is only beneficial for small objects. In fact, large glass objects such as bottles, drinking glasses or window panes, cannot be produced in this way. The key benefit of this technology is the level of detail and geometric complexity that can be achieved. We are excited to see whether this technology will be adopted by companies for production! This research was reported and published in Natural Materials, you can find more information HERE. 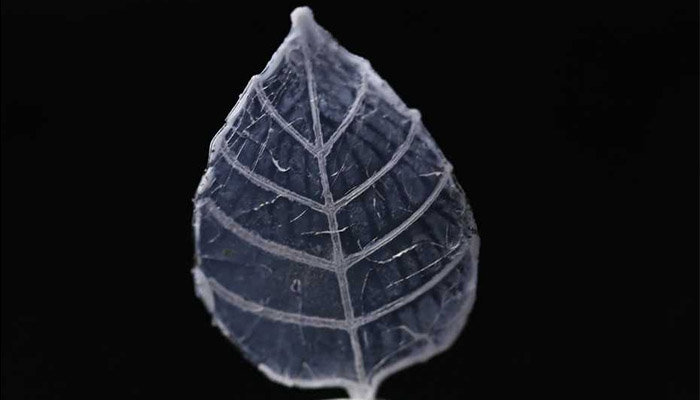 Objects with a high level of detail and geometric complexity can be produced as seen above | Credits: ETH Zurich

What do you think of this new technique for glass 3D printing coming from ETH Zurich? Let us know in a comment below or on our Facebook and Twitter pages what you think! Don’t forget to sign up for our free weekly Newsletter, with all the latest news in 3D printing delivered straight to your inbox!