NASCAR to Implement 3D Printed Parts in Next Gen Racecars 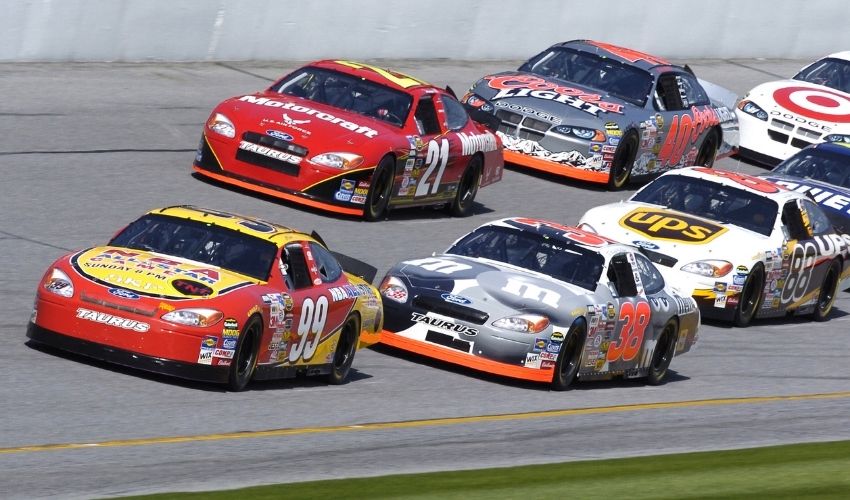 3D printing in the automotive industry is no longer a new topic. The sector has rapidly adopted 3D technologies for not just prototyping and R&D, but also the production of end-use parts in everything from electric cars to luxury vehicles. Racing teams in particular have seemed to embrace additive manufacturing for lighter, more optimized parts, with Formula 1 especially putting its faith in the technologies. Now, NASCAR has shown its own confidence in 3D printing. Leading 3D printing company Stratasys and NASCAR have announced that they have been collaborating to put 3D printed production parts into all NASCAR Next Gen racecars.

The Next Gen car, previously known as the Gen-7 car, is the racecar that is currently in use in the NASCAR Cup Series. After delays due to COVID, it was debuted in February of this year and includes a number of exciting features. And Stratasys has officially announced through this partnership with NASCAR,  a 3D printed windshield air cockpit ventilation unit will be placed in every Next Gen car. Pat Carey, Senior Vice President of Strategic Growth at Stratasys, commented on the increased commitment of NASCAR to AM, stating “It is exciting to see the evolution of how NASCAR has used additive manufacturing across their vehicles. We’ve helped them move from 3D printed prototypes to end-use production parts on their high-performance race cars. This partnership is a natural extension of the relationship we’ve built over nearly 18 years with NASCAR teams like Joe Gibbs Racing and Penske Racing. These teams have been quick to adopt cutting-edge technologies to enhance their car designs and provide performance advantages, and now we’re happy to support the expansion to all NASCAR Next Gen cars.”

NASCAR decided to turn to additive manufacturing because these 3D printed parts will provide them with performance, flexibility, cost savings and improved aerodynamics, all extremely important components for a racecar. It is for that reason that they are being implemented in cars for every single team currently competing in the NASCAR Cup Series. And Stratasys was the logical choice for a partnership as already the company has partnered with NASCAR teams for almost 20 years, notably working with Joe Gibbs Racing and Penske Racing. The air ducts were printed by Stratasys Direct Manufacturing on the SAF™-powered Stratasys H350™ 3D printer using Stratasys High Yield PA11 (developed from the more sustainable castor oil). Next, they were cleaned, finished, dyed and shot-blasted with DyeMansion post-processing equipment, a continuation of a partnership between the two which started in May last year.

John Probst, Senior Vice President, racing innovation, NASCAR, concluded, “The Next Gen car could not have been completed without the collaboration with NASCAR Competition Partners like Stratasys and Stratasys Direct Manufacturing. During testing, we realized we needed an additive manufacturing solution that could withstand high temperatures and needed the parts delivered quickly. We approached Stratasys Direct, and they delivered not only as a supplier but as a consultant on this project. They provided us with strategic direction on design, materials, and the right additive manufacturing technologies to use to create the highest performance parts for the Next Gen cars.” You can read more about the story in STRATASYS’ press release HERE.

What do you think of NASCAR’s new partnership with Stratasys? Let us know in a comment below or on our Linkedin, Facebook, and Twitter pages! Don’t forget to sign up for our free weekly Newsletter here, the latest 3D printing news straight to your inbox! You can also find all our videos on our YouTube channel.